In its day, the Fića was an affordable car meant for the masses; today, there are many contenders in that class. Here is my review of one of them. 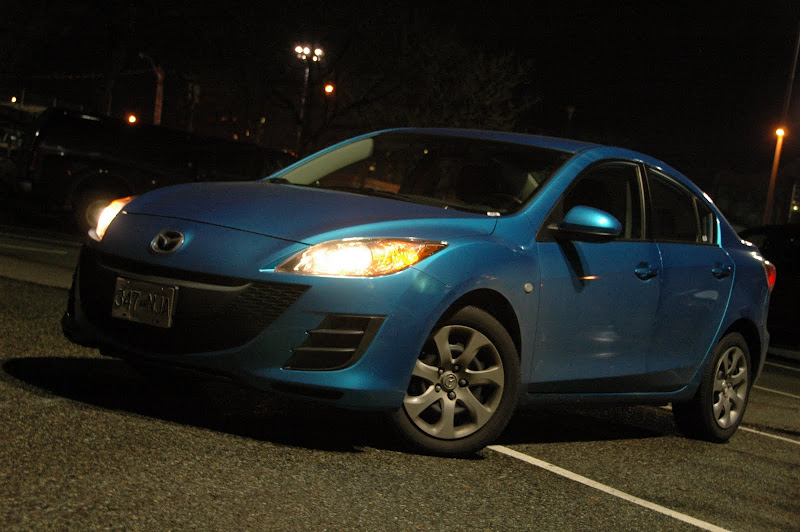 The city I live in is known for many things: its natural scenery, its relaxed way of life, and its upcoming sporting events. However, something that the mega-hamlet is definitely not known for is the exemplary skill of its drivers. A few weekends ago, I managed to dodge this abundance of road awareness for long enough to successfully meet some friends at a café.

Being the three-leaf clover that I am known to be, I ended up sitting by a window with my parked car in plain view. While listening to stories about the army and electronic book readers, I was subject to the Chinese water torture that was watching how the very thing I tried earlier to avoid was attempting to park itself around my car.

During the night, I saw a few close calls, so before I set off for home I did a quick inspection of my lonely car braving the dead of night, and found those potential incidents to be nothing more than false alarms.

Imagine my delight the next morning when I discovered that my passenger’s side was in fact hosting an exhibition featuring all the different types of metal-to-metal scuffs and scratches known to man. After a little colorful vocabulary and my hands filling with a bit of my own hair, I grabbed my cell phone and followed through with the necessary hit-and-run procedure.

A few days later, it was time to drop off my beloved German chariot to the people that would mend its undeserved wounds. As if everything up until then wasn’t enough, I realized that I would have to be subject to another form of torture, known by the common man as a body shop courtesy car.

I loudly exclaimed, “yes!!” in my head when I learned that all their torture was booked for the day, and that they would direct me to a rent-a-car place that not only boasts a “Prestige Collection” but also cars that accommodate my six-foot frame. Fighting to contain my excitement, I nonchalantly asked the body shop man what the rental people would offer me, waiting for him to say Audi Q7 or Volvo S80.

I chose to reject his reality as I gazed out the window, waiting for the rent-a-man to drive over in a Mercedes C-class. And there it was! It was shiny. It was red. It was a Cobalt.

Upon arrival at the rental office, I was greeted with Hyundai Accidents, rebadged Upyourslanders, and the promised Yarii in my choice of body style. Believe me, it was like Christmas morning at an ice cream shop.

I had the smugness to ask what they had for me today, and they said anything I wanted from what was outside was more than fine. While I contemplated whether the hatchback or sedan was the better choice, something bright blue among the gray, silver, and brown caught my eye. I craned my neck and saw that somewhere, buried in the back, was some unexpected ‘zoom-zoom’.

So, by a then-completely unanticipated set of circumstances I was presented with a 2010 Mazda3 to drive during my car’s stay in the hospital. Well - I thought - it’s vastly better than that red ‘Mercedes’...

I immediately noticed, after the car smiled and said “Hello,” that the engine is much more sprightly than that of the ‘Mercedes’. The suspension is quite firm, yet I barely felt the spot on the street bearing the effects of tectonic plates splitting.

Therefore, the “three” – being a sporty economy car – is a rolling paradox; it’s no surprise, then, that the options sheet reflects this. It doesn’t stop there: there is radio accent lighting that pulsates when you turn up the volume, yet the window and lock switches are not lighted at all. The handbrake is the desired lever-type (i.e. not a pedal), but it’s on the wrong side. There are literally one billion storage spaces in the cabin, including a glovebox in the glovebox, yet you can barely fit gloves in the trunk.

Its engine, while very sprightly, is not at all elastic. I literally became gray and wrinkled trying to catch up to freeway traffic. Assuming this was due to it being an automatic, I slid the shifter into Manual, downshifted, and tried again. It was even worse. Of course, an economy car is not meant to be a speed machine, but in an emergency situation, every millisecond counts.

The top-of-the-line GT has turn signals in the mirrors, but the rest have to settle with them tacked on in front of the doors, allegedly in the name of cost cutting. I would think that it would be cheaper if you only have one arrangement for such things across all trim levels as opposed to fourteen. Even the Volkswagen City Golf, a car noticeably cheaper and older than this “three”, has turn signals in the mirrors.

Mazda has also made it impossible to find the ideal driving position. The wheel doesn’t telescope close enough; when you work around that, you find that your legs are too close to the pedals. Then you go back to the previous position and your back tells you after a few kilometers that you must recline the seatback. The next available detent, however, is too reclined, so you must return to pretending you’re leaning against a wall despite the comfortably padded seat (Come to think of it, the City Golf’s detent-less seatback has an unlimited number of possible positions...hmm).

The side effects of all this malarkey reveal themselves after an hour or so of driving when your arm, leg, back, or all of them become sore. Strangely, you then can’t decide what you should do next: get out and rest your hyper-extended arm and squashed leg or keep driving the little go-kart.

But the greatest paradox of them all is that despite everything, the car is actually rather good. It starts at sixteen thousand dollars, and with the optional automatic and air-conditioning, my tester’s price was a still-paltry eighteen thousand. In that price range, images of being stuffed in a hard plastic penalty box with a top speed of four come to mind, but this car isn’t any of that. There is quite a bit of room inside, even in the back; it’s no Q7, but at least one of my expectations came true. It can go fast, once you get there, and the materials on the inside rival some cars that cost twice as much.

It drives much smaller than it is and the steering is light but not vague, which makes the “three” very enjoyable to drive in the city. But since there are many people going about in the city, you therefore will eventually have to cross paths with someone who has an unexpectedly pronounced reaction when they see the Mazda smiling at them.

Driving in an unusually dark part of downtown, I came across a strange shadow on the edge of the sidewalk. Not having a taste for blood at the moment, I slowed down. I switched on the high beams – which are very good I might add – to better interpret the moving ink-blot: there was a man who just came into terms with the fifth decade of his life and his wife, both dressed like they’ve just spent some time perfecting the art of nighttime burglary.

Seeing that there was no more crosswalk shadows, I switched off said beams to not blow the people’s cover any more than was necessary. The burglar decided he wanted to see more of the Mazda’s smiley-face and stopped in the middle of the street for a closer look. His wife seemed to dislike the styling and invited him to finish crossing instead. He wildly flailed his arms in resistance.

Since I didn’t have any drugs to give him, I decided it was best to proceed quietly and go around the intellectual. He would have none of it. As I went around him with a comfortable half-meter air cushion in between, he said words like “donkey” – perhaps announcing his intended action – and proceeded to thrust his hind leg at the car’s rear fender, leaving a hoof-print on the sturdy-but-dirty metal as I puttered by.

Rather than trying to interpret slurred English, I turned my attention first to the rather difficult to read all-red instruments, then the goofy pause button/tuning knob centrally located on the center stack – which is hard to miss since it’s three times the size of the volume/power knob. This led me to again consider the paradox that is this car. For the eighteen grand it costs, it’s brilliant. You even get used to its cheeky grin after a while. Furthermore, I would highly recommend one of these over any Civic, Corolla, Korean car, or red ‘Mercedes’. But it’s a different story if I were actually buying one for myself.

I would miss some of the features available on the higher models like keyless entry, alarm, cruise control, and heated seats and mirrors. So I wouldn’t get the base model then, but the GS above it.

I also wouldn’t settle with the base engine; I don’t use my car just as a commuter, a task to which this version is very well suited. It needs the extra horsepower to pull itself out of sticky situations or catch up to freeway traffic. Therefore, I’d need to step up to the more powerful GT, with its swiveling headlamps and intelligent key. At that point though, the Mazda is actually three thousand dollars more than an identically equipped and more refined Golf VI Sportline, which then means I wouldn’t get the Mazda at all. 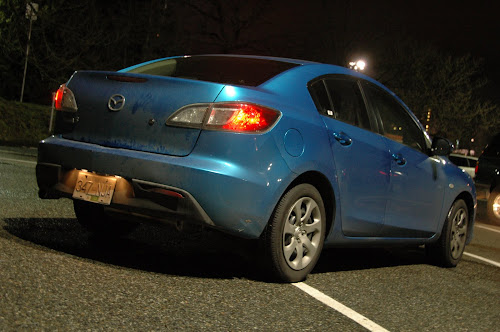 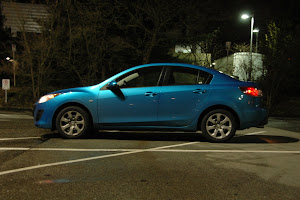 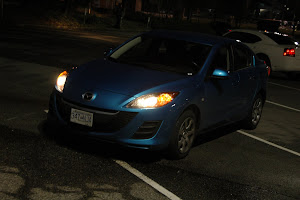 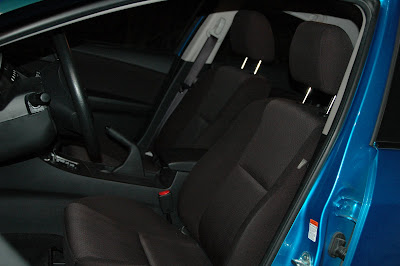 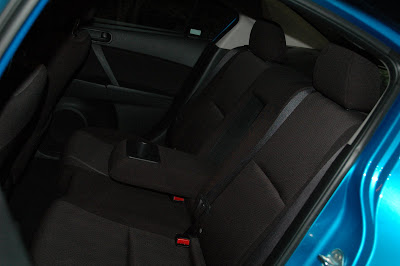 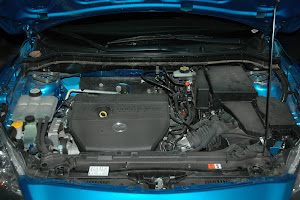 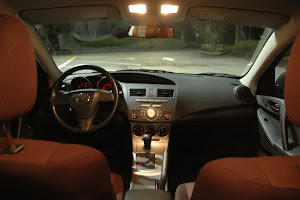 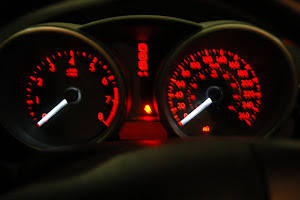 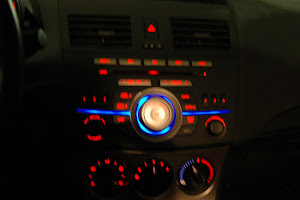 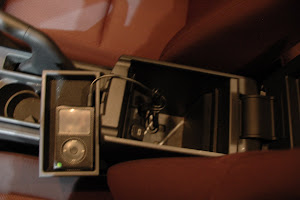 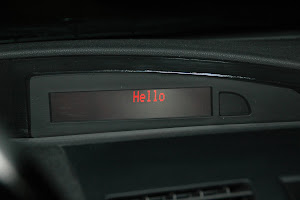 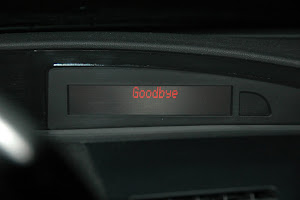 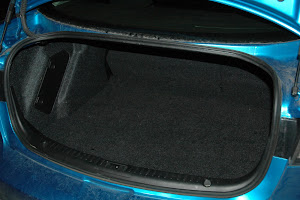