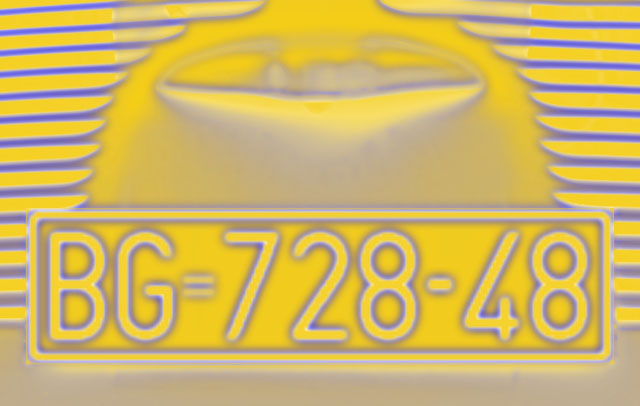 Before you can register a car or renew its insurance in Serbia, it has to take and pass the safety inspection. It's done every year (every six months if the vehicle is a taxi), and inspectors check everything: bodywork, emissions, engine, battery, seat belts, airbags, lights...notice how they aren't satisfied with just sticking a tube on your exhaust for two minutes.

Usually, people with much older cars fear the inspection like an evil sorcerer in a particular grown-up children's book. It's moments like the safety inspection when you are glad you laid down the cash for a full restoration.

Fortunately, the process of finishing the papers for the car was also far from horrible, not involving any unplanned requests for cash (these aren't as rampant in Serbia as you might think)... But every bureaucratic adventure cannot be without its obstacles. It's physically impossible.

Since the Fića went directly to the restorer's shop almost immediately after we bought it, we didn't bother registering it then. You can only drive a car so far without an engine and a floor...

The transfer of title two years ago was quick and painless; the remainder of the legal bit of the project done this year, however, made up for that lack of excitement.

Namely, the respective desk maid told us that we had to travel to Vršac (where the previous owner lives) and cancel the insurance again ourselves. I think you'll concur with me in thinking that this was a preposterous request, given that the previous owner already completed this step.

Seeing as how there was only the one desk maid available for that particular action that day, we decided to wait it out until a new one was on duty. Sure enough (or not), this one was more reasonable and we finished that step. There was one more change in the Fića's paperwork that we needed to do, which we expected to be the root of all evil but it ended up being almost irrelevant!

The seas became calm again. The project was drawing itself to a close. Or so we thought. As the car needs to be exported, it has to go through customs: doing that resulted in the customs worker telling us the car needs special clearance since it's an antique. Allegedly, antique cars are considered a national treasure, and therefore need one more document to be cleared.

It sounds hilarious, but we weren't laughing. At least not until our 'connection' stepped in and sorted out the madness, confirming everyone's reasonable belief that classic cars had nothing to do with national treasures, and that the one extra paper didn't exist (at least as far as our project was concerned).

Funny, nobody anywhere ever makes a fuss when you have to pay them the required fees...

So, the car passed the safety inspection, is registered [BG 728-48], and cleared customs. All the paperwork is finally finished!