As far as my real estate knowledge takes me, it is next to impossible to find a townhouse that is not part of a complex. To preserve the uniformity of these house clusters, every complex is governed by a 'strata,' which coordinates (read: decides on) at least every aspect of the exterior appearance of every residing unit.

When it comes time to renovate the complex, the strata evaluates the weight of the porcelain swine-look-a-like that has eaten all of the members’ monthly fees and subsequently decides how good of a company they can hire to swap out the insulation, re-blacken the roofs, and apply new plastic boards onto the outside of every unit.

Not only do I happen to live in such a complex, but also my group of houses has taken the big step and asked some people with white vans to give the place a once-over. By the looks of things, though, my complex’s pig wasn’t quite fat enough. Allow me to elaborate…

The on-site bosses arrive every morning at a pre-set time, but their workers’ day begins at whatever time their hangover wears off. They are officially set free at half past four, but the poor souls work themselves so hard that they are already napping by about three.

I’ve got to hand it to them, though: they are very consistent.

Almost every day in the past five months their presence has graced our complex has seen an identical routine: they bring over a motorized saw and a hammer, turn their helmets backwards, press their noses against the glass of the house they think is empty, and shout every four or five-lettered word they know to their friends.

They then take off a plank they installed the day before, make some noise with a hammer, and then it’s off for recess: a fifteen-minute break when they play hammer-tag in the parking lot.

When recess is over, they return and begin to really show off the fruit borne from those hard years spent in high school. The workers take part in an incredibly engaging discussion, usually beginning with a careful analysis of the game they’ve just played, and ending with a Carnegie-quality musical evaluation.

“Justin Bieber is only sixteen but already he’s a f***ing millionaire! I can sing! What’s he got that I don’t got?”

Since none of them can answer that question, they turn back to hammering nails into walls, so that they can justifiably keep silent and in turn not look stupid…

Two nails later, one of them says, “s***, I’m f***ing hungry,” realizing that it’s lunchtime, and then off they go to the parking lot again. When they come back, they contemplate what needs to be done the next day, and make sure to once again hammer in the plank they took out earlier before returning the motorized saw back where they found it.

Rest assured, these guys are in fact smarter better than your average construction worker. Not only do they adhere to the grueling professional discipline I described above, but they also display sudden bursts of extra productivity: last month, they installed a door.

So then, if you are looking to purchase something on a modest budget, you can’t expect to be satisfied; you have to stick with what’s offered.

There is no styling that makes you stare at it every time you walk away from it, no impatient feeling when you grab the keys, and no enjoyment in the driving experience. In fact, there’s no experience at all: you are merely turning the dial to 'slow tumble' on your washing machine while in motion. That’s it.

A similar story goes for the quality as well. Consider this scenario a friend of mine experienced: late at night, you realize you need to run to “the store across town” – where your girlfriend incidentally happens to be – and you sprint to your family’s single conveyance, a budget-friendly plastic-o-mobile.

In all your rush to get to the store, you forget that your mother – who is much shorter than you – drove the car last, so you cannonball into the seat as usual. However, since the seatback is touching the wheel, your legs can’t follow the rest of your body into the car and end up being sliced open by the lower dashboard plastic.

In an instant, budget-friendliness ruins your plans to run to the store, and as a bonus, makes you look like you have debts with the mob.

You can imagine my skepticism when I was approaching the 2010 Volkswagen City Golf. Volkswagen tends to have high-quality interiors with soft-touch materials and a good mix of premium features relative to the class competition, but the “City” line was a de-contented version of the fourth-generation Golf and Jetta (the boxy ones from 2000), made to stand in for the Polo that they don’t sell in this market.

I opened the door; it felt normal. So far so good, then…

The rest of the car is normal as well: the materials are cheaper than the original mk IV’s had, but they aren’t cheap. It’s got all the features it should have, like heated seats, mirrors, and windshield washer nozzles, Electronic Stability Program, alloy wheels, power windows and sunroof with pinch-protection, six-speed automatic transmission with manual mode, power locks with six-pin alarm (triggered if any of the five doors or hood is forced open) and ‘switchblade’ remote, USB port for the audio system, adjustable headrests in all positions, intermittent rear wiper and rear window defroster, lockable glove-box, and telescoping steering wheel.

It’s not too boring to drive, either.

Now, all this may not look like anything otherworldly until you consider the City Golf’s price competitors. It will be a challenge to find a budget car with a rear wiper, good alarm, telescoping steering wheel, traction control, locking glove-box, heated seats and heated washer nozzles.

You might still not be convinced if you support the standpoint that a basic car should be basic, and as such should be devoid of these creature comforts. Most people would agree, until they reach a point when their windshield freezes over, their car gets broken into, they want their arms to hold the wheel at a comfortable angle, or they want to drive their car.

The City Golf’s cheaper plastic is still better than most (if not all) in that price range, so any nightly store runs will not end in pain.

But a warm windshield, a warm bottom, and warm scalp (sunroof) will cost slightly over $22,000, which can be slightly over some shoppers’ limits. As a result, they will insist on that standpoint I mentioned: a basic car must be basic.

The City Golf has you covered there, too, as for $15,000, it is as basic as it gets: wind-up windows, manual locks, no hole in the roof, and no warm bottom. But you still get a rear wiper and a telescoping steering wheel.

So, then, the City Golf offers a basic version for purists, a well-equipped version for ‘luxo-philes’ on a budget, and a middle-ground variant, like my tester. It’s the ideal inexpensive four-wheeler, then.

Except it has a problem. Two, actually…

The first problem is that 2010 is its last model year; you are already confined to what dealers have on their lots, and soon, you will have to conform to what you can find on the used market.

But don’t believe that the first owner will take the initial depreciation for you, since there is none. Have a look at some ads for used City Golfs and you will see how well they hold their value. That is, the two that are on sale, because people aren't letting them go.

The second problem is its much younger self, the new Golf VI, which starts at a touch over $20,000 in basic, three-door form. If you can allow yourself an extra few grand, you’ll end up with a five-door Golf VI for $23,000.

That collection of pennies gets you all of the features of the City Golf, plus high-quality interior materials, more room, better design, and a more powerful engine.

So, if your piggy bank is starving but you need new wheels (now), don’t settle for hammer-tag construction and buy a City Golf. However, if you can afford the extra couple of grand, treat yourself to the new Golf VI instead. In that position, the benefits far outweigh the costs. 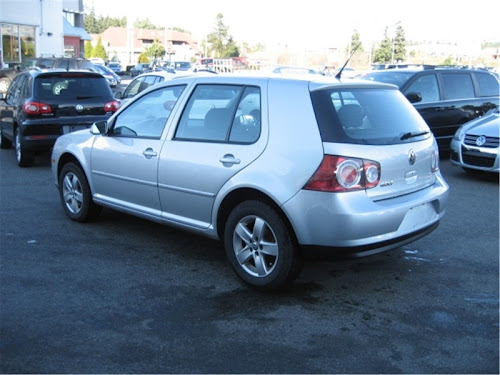 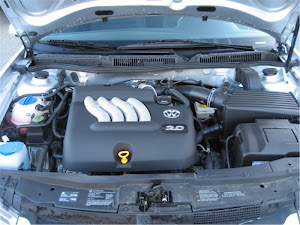 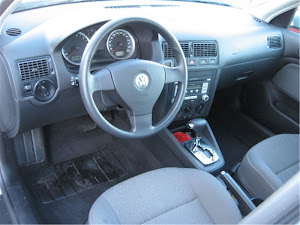 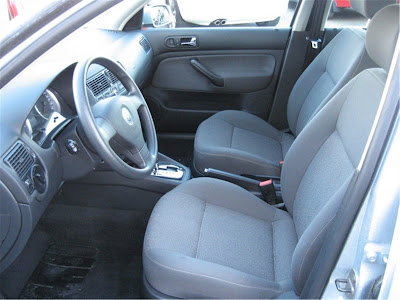 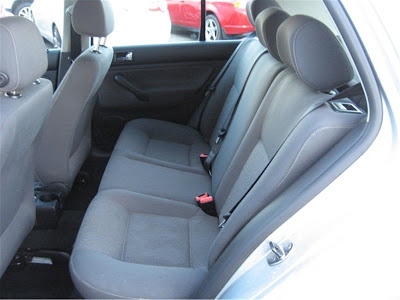