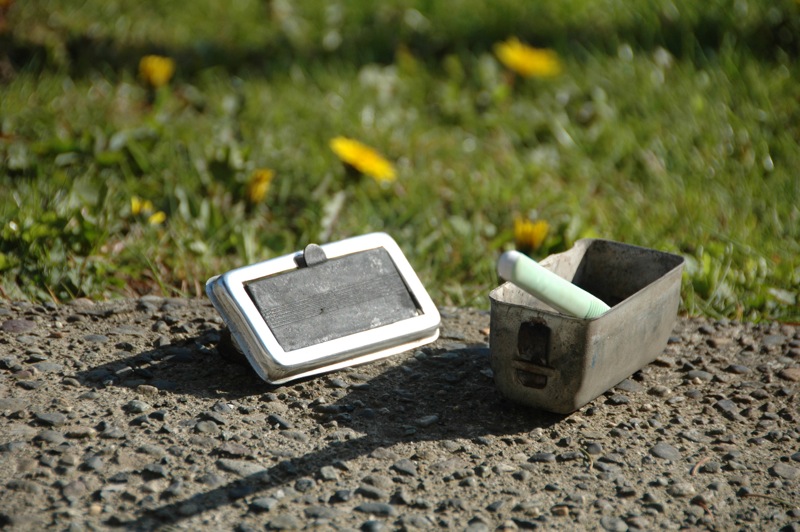 Imagine a nice sunny weekend, the first of its kind in many months. At long last, there are no duties to be taken care of, there is nothing to be tended to. In such a state, what's the first thing your brain devises for you to do? Relax with a nice drink perhaps?

I know the answer.

The first thing you think of is that you will clean your classic car's ashtray. Bow before the glory of my (remote) psychic powers: that was the first thing that came to mind, wasn't it?

Crystal ball abilities or lack thereof, cleaning the ashtray is on the car's to-do list (alongside the electricals).

This is not one of those make-yourself-feel-productive-with-no-effort-applied tasks, either – the Fića's tray has as many historically significant ancient layers of ash as Pompeii.

Maybe I shouldn't have touched anything.

Well...potential UNESCO World Heritage Site or not, it's too late now.

I began with an archeological survey: it found that the sheer amount of present ash modified the shape of the ashtray's inside, possibly hiding an unfortunate civilization or two.

There was also a vintage piece of chewing gum lovingly placed adjacent to the cinder-pile, I assume for decoration.

A noticeable quantity of rust was also present throughout, including on the underside of the lid itself.

Almost instinctively, the first course of action was to apply a well-known hard-chemical cleaning agent – no, not Windex – to see what exactly I was dealing with.

I poured some into the tray itself, and scrubbed the rusty underside of the lid. After doing the same to the tray, I let everything sit, allowing the chemical do what it does best.

Some hours later, the bubbles ceased and it was time to rinse everything out – the conclusion was surprising.

Even though the chemical in question is traditionally very effective in ridding metal of such pesky residue, the tray wasn't quite as shiny as one would expect.

The chemical had only managed to dissolve a microscopic layer of the antique chewing gum (effectively cleaning the gum!), which was still stubbornly holding its ground.

The mountainous layers of ash were gone – and any possibility of archeological fame along with it – but their shadow persists. Happily, the bottom of the ashtray lid became as black as it was in 1973.

So, the entire ashtray is now much cleaner, but there's still more to be done. My aforementioned psychic powers tell me that something not unlike a metal scrubber will be studying the remaining post-Mesopotamian relic sometime soon.

Although, I may be able to arrange a live viewing of said historical remains before "time" dissolves and scrubs them away forever.