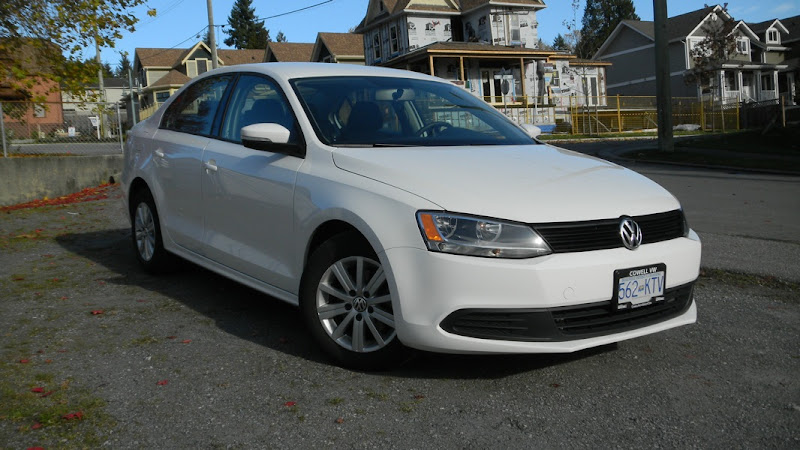 I don’t suppose you’ve ever spent much time considering the phenomenon of wind erosion. It’s actually quite fascinating.

It’s among the Æolian processes – named for the Greek god Æolus, keeper of the winds – which entail the wind’s ability to shape the surface of the Earth. This includes the transportation and depositing of materials, and erosion. While water is a much more powerful eroding force than wind is, wind erosion is very important in dry climates such as deserts.

Wind erosion works via the removal of loose, fine-grained particles through its own turbulence and through abrasion, a sort of natural sandblasting.

Almost half of all deserts on the planet are what’s known as “deflation zones,” regions that endure intense and constant wind erosion. Deflation zones are composed of “desert pavement,” a hard sheet of rock fragments that appears after erosion has removed all the loose particles that were on top of it thousands of years ago. Desert pavement protects the materials below it from being wind-eroded.

Shiny rocks found in nature are so reflective because of wind erosion: they have been naturally sandblasted for unimaginable amounts of time until there was no more to sandblast. At this stage, they have developed a “desert varnish,” the term for their natural shininess.

Rocks can be accidentally sculpted by way of wind erosion...yes, this has its own term as well, and that term is “yardang.” A very famous yardang you don’t know you’ve heard of is the Great Sphinx of Giza in Egypt, also known in Arabic as the Father of Terror.

The Father of Terror is considered a yardang because he too has been protractedly slapped in the face (quite literally) by wind erosion. This eternal facial clout has caused almost as much damage to the Father of Terror as did Muhammad Said Al-Dahr, the dervish who knocked off the Sphinx’s nose.

He did this because he didn’t like the fact that Egyptians worshipped the wrong God, and thus punched the object of their devotion in the nose with a bomb. He was hanged for his trouble.

As much as I’d rather continue talking about the workings of the Earth’s remarkable lung capacity, I should mention a thing or two about the new Jetta. It’s why you’re here, after all.

The previous-generation Jetta (the fifth, to be precise) had the qualities its predecessors did, but regrettably looked like a Toyota Corolla with a chrome moustache.

Nevertheless, it still persevered since it was true to its lineage in all other aspects.

Now, there is a new one (the sixth generation), which Volkswagen advertises like this:

One is inclined to think that Volkswagen, officially crowned earlier this year as the largest automaker on this entire wind-eroded planet, has achieved some magical economies of scale. The given impression is that the German People’s Car Company has successfully used some undiscovered form of white-hat witchcraft to provide us all with a very good car for the price of a single chickpea.

But, just like for Mohammed-Said, things haven’t gone as we first expected them to. Instead of blissful magic dropping the Jetta’s price, the evils of de-contenting did.

The new Jetta lacks so many things, that this fact is now its only outstanding attribute.

For instance, the instrument cluster now has a digitally-useless fuel gauge, using squares instead of a dial, and it has no temperature gauge anymore. As a result, the car is now incapable of telling you when in a frigid morning you can turn on the heating and not be slapped in the face by cold air.

Volkswagen has also eroded away at the overhead sunglasses compartment: all that’s left of it is a flimsy, plastic shelf that’s as useful as a yardang. The flip-key fob has been eroded as well, the emblem on which looks just as broken and wrong as the Sphinx’s new face.

But wait, there's less! This new model has thrown the more advanced independent rear suspension setup of the two prior generations to the tumbleweeds, in favor of a lighter torsion-beam setup. This is like saying an ox-cart is better because it's lighter than an automobile.

There is no weight savings with drum brakes replacing discs on the rear axle, though, given that drums are heavier and both less efficient and less effective. The reason why drums have returned to Jettas thirteen years after they were last on them is because they are much cheaper.

This car, equipped with the automotive equivalent of a cockroach under the hood, is slower than wind erosion. Pressing the gas on an uphill in this car – or on any grade, for that matter – requires a lot of self-confidence. Getting laughed at constantly by passing cyclists is not for the meek.

Pop the hood and fondle the wet metal and rubber around the hood seal, where before you had to simply pull a dry lever that popped out on its own. Then prop the hood up with “the stick,” which I’m sure is light-years ahead of whatever hocus-pocus which made previous Jettas’ hoods stay up by themselves. After all this, you’ll visually notice that the car is missing one-third of an engine.

So, the lack of power in this car is even noticeable when it’s not moving.

It’s worth mentioning that this Jetta has the same powertrain as was in the City Golf. In practice, it’s somewhat faster than the Jetta, even though the Jetta is lighter by some strange definition – and this definition, all things considered, seems like it’s written out as “lies”.

That’s essentially what the new Jetta is: a lie created to erode your bank account on a monthly basis. Yes, that really is the price, but by no means is this really a Jetta. This is just 'some four-wheeled product' with a Volkswagen badge designed to compete with cheap compact cars by having a bigger backseat.

In a sentence, buying a new Jetta is as rewarding as the Sphinx’s ordained facelift proved to be. 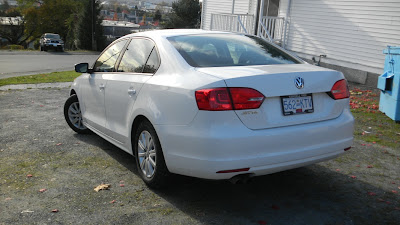 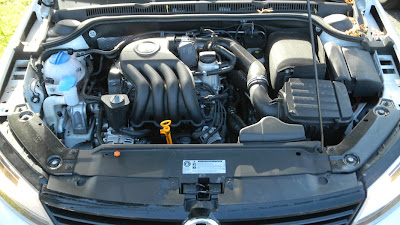 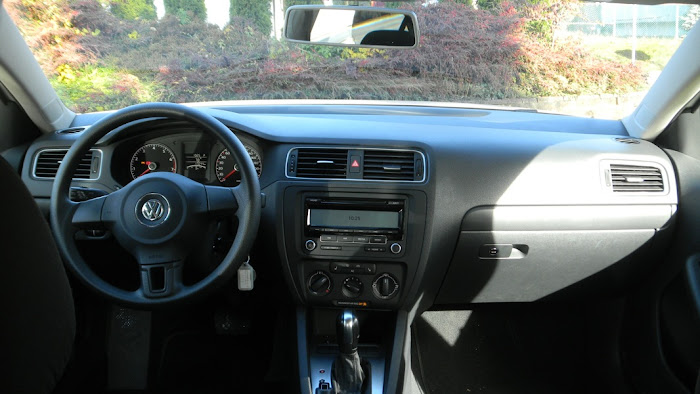 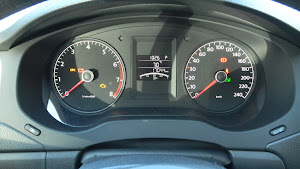 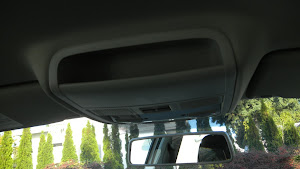 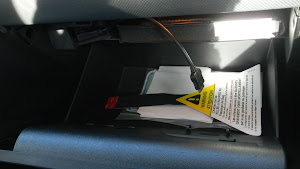 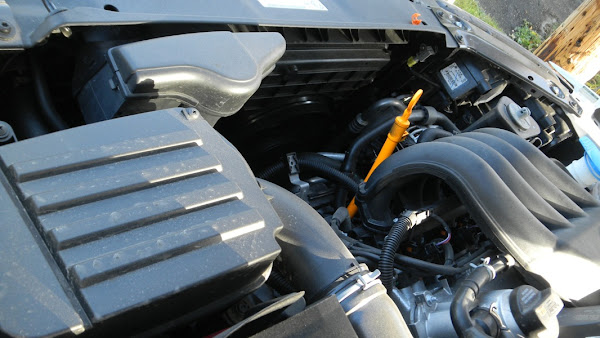 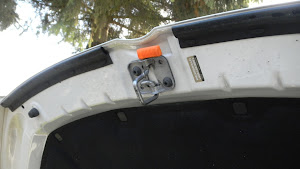 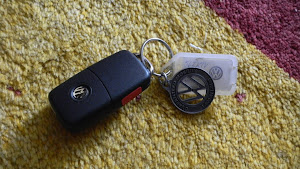