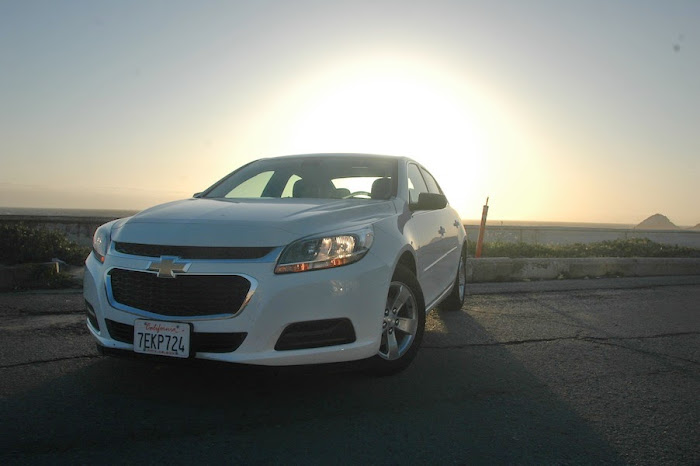 Integrity is hard to find in the dating scene. While many girls use it sparingly to accent what's already there, a growing number put on so many tons of makeup that even their mothers can't recognize them when they go out – which may have been the point, come to think of it.

Anyway, many guys pursue these girls having no idea that their apparent beauty is an iron mask. By the time it comes off, irrevocable promises have already been made. So these guys feel cheated – and the use of makeup is ruined for everyone...

It's the same with cars.

Sub-par cars are touted in their highest trim – many buyers pursue these cars having no idea that their backup cameras, DVD entertainment systems, projector headlights, and big wheels aren't indicators of their quality. By the time they realize their fancy new car is actually a can of crap, the dotted line has already been signed.

This is why some say the best test of a car is its very base model – the one without the iron mask. If there are any flaws, one won't be too distracted by excess makeup to see them.

So, the new Chevy Malibu – same as last year's new Malibu but with a different front clip to jive with the rest of the family. Since the one I got had absolutely no options at all, my evaluation strategy was clear...

Let's start with the design. The front looks quite good and is a drastic improvement over what was there last year. The back isn't bad either, boasting some Chevy quad-taillamp heritage – though the entire package isn't what I'd call beautiful or elegant. The profile is completely generic, in a classic half-assed-GM kind of way.

What about the inside? Even in this completely base model, you can adjust the seat and (telescoping) wheel to precisely your liking. It also looks pretty interesting – especially the faux grille running across the halves of the dash and doors through the air vents. The materials are all soft to the touch, but you'll never call this a high-quality interior unless you lack a sense of smell.

Plus, some honed plastic edges can be found, but at least they can't slice your digits off anymore...

There's more to the story. As much room as there is inside – and there's lots, especially in the back – the seats are unsupportive. After two hours of driving, you'll have a tired and sore back and buttocks plus a left leg that's asleep, due to the dead pedal being placed inboard of where your foot would naturally rest.

They use these things as taxis in New York City. If this was my experience after only two hours, I can't even begin to imagine what a twelve-hour shift is like with only a five minute break to pee.

Ergonomics suffers elsewhere, too. The shifter detents aren't quite lined up with the adjacent "PRND" labels – going into reverse makes you think you overshot and went into neutral when you really didn't, so you instinctively and needlessly readjust. Using the manual mode buttons on top of the shifter is awkward since the shifter itself is placed too far back for comfort in the first place.

Then there are the window switches, which are too far behind your hand in the front row and too far in front of it in the rear.

Let's talk about the driving experience. It's an easy car to drive, the steering is not too light and not too heavy, the ride is comfortable (less so for backseat passengers), and visibility out the front is good. It's bad everywhere else, though: the driver's rearview is much too small and the view out the rear windshield is severely restricted.

The brakes are weak and the headlights – at least on this base model – are woefully inadequate.

I'd also advise against buying the base 2.5L engine. While a fine car for threading through downtown blocks, it's loud, slow to merge into freeway traffic, 'out of breath' on steeper hills, and its favorite game while cruising is one called "losing momentum" – and it uses 12 L/100km combined, instead of the rated 7!

This engine also has an automatic start-stop system. When you press the brake all the way down it shuts off the engine (most of the time, anyway) to save fuel, starting it up again as you take pressure off said pedal. That start-up is coarse and shakes the car, often resulting in a delay of power delivery if you actually need to get going within this century.

This totally unrefined system also can't be turned off.

This system itself actually sums up the car quite nicely: the Malibu is a crude vehicle and you can't get around its flaws, irrespective of trim level.

The Malibu is only nice from a few ultimately meaningless aspects – there's no reason to get this over a Ford Fusion. 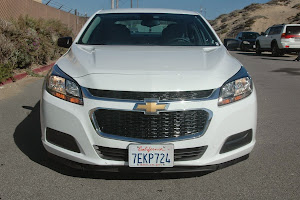 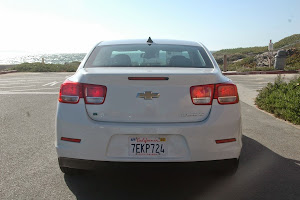 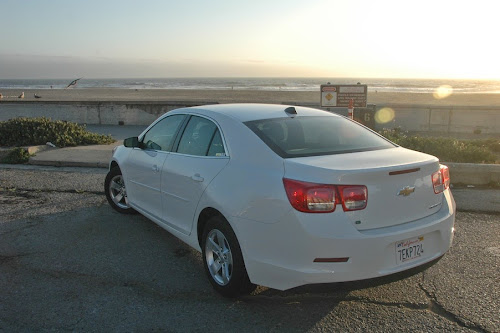 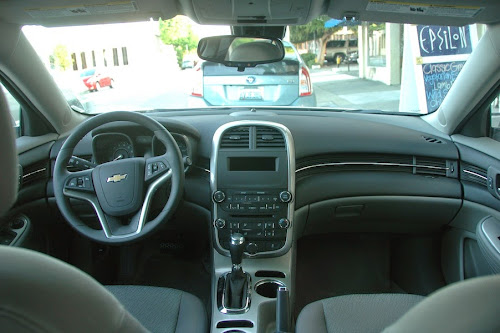 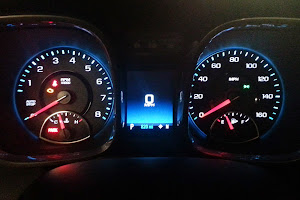 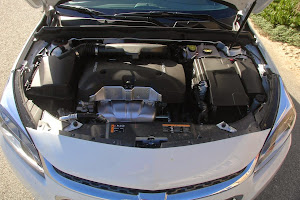 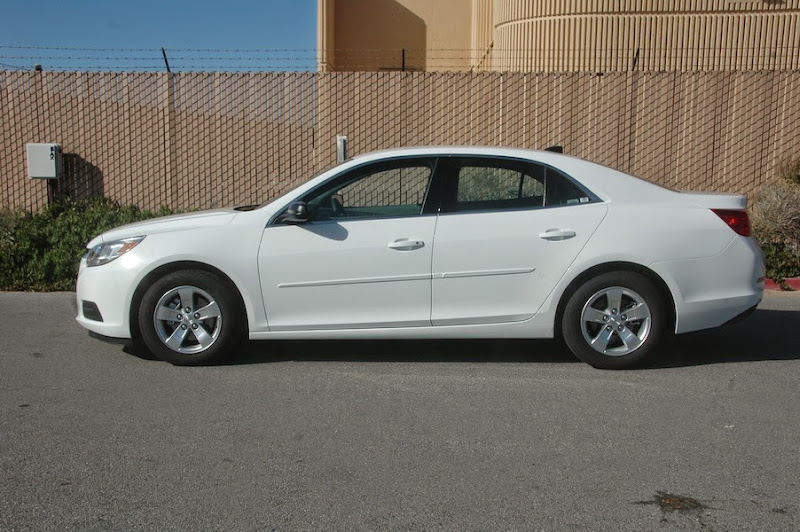