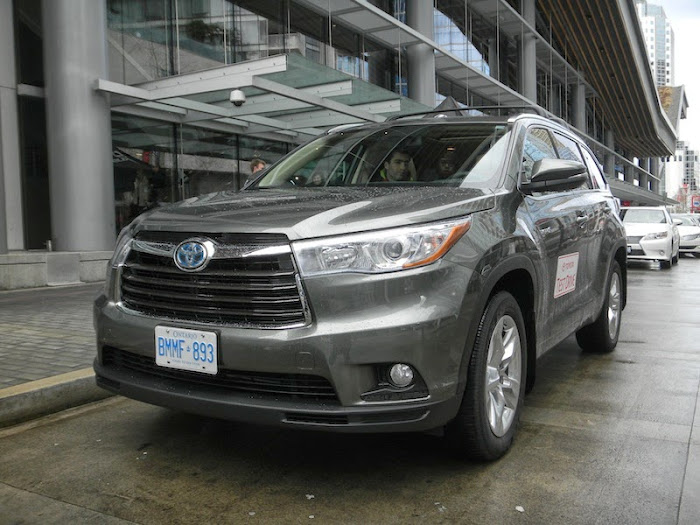 Pretty soon, you get the feeling that those $230 could have been better spent on something else...

Let me come back to that.

The Highlander Hybrid's pedals are more Jetta Turbo Hybrid than Ford Fusion Hybrid. That means no dead spots in the travel; no grabby, jerky brakes. You can drive this hybrid without going insane...

Need to move NOW in a tight situation? Step on the gas – the Highlander Hybrid instantly obliges and gets up to speed quickly. And with the big V6 it has, it damn well better!

Speaking of which, as it takes the reins from the electric motor, you can hear it crank to life and there's a distant vibration felt through the steering wheel. It's not intrusive, but it could have been seamless. On the plus side, electric power is used for more than just being stationary at a stoplight.

What's more, I didn't even notice this Highlander had a CVT until I looked at the specs afterwards! Rated fuel economy is jaw-dropping – I'd like to test the car a bit longer to see if it can actually use only seven liters in real conditions...

Conclusion: the powertrain is capable and inoffensive.

Driving it is very comfortable and relaxing. The Highlander is what a Volvo might be like without its robust skeleton. Every road crater is absorbed and there is no body roll to speak of as it grips at every corner. The Highlander lacks a distinct feeling of plantedness but then again, nothing without "Cayenne" or "X5" badges doesn't.

What it certainly doesn't lack is interior space. Even with the sunroof, there's space for tall humans in both rows – I say "both" since the third row is pretty much useless. Cargo space is decent, though.

There's an open storage shelf spanning the width of the dash, the likes of which haven't been seen since my Fića went out of production. Too bad you can't keep anything in it if you'd prefer the car to not be broken into while you're away.

Speaking of the dashboard, the steering wheel is so large it wouldn't feel out of place in a bus.

The zig-zag shifter gates are a little stupid, too. Your passengers will wonder why it takes you so long to put the car in park while you struggle to navigate Toyota's P-R-N-D lab rat maze.

Conclusion: despite its faults, the cabin is a nice place to spend time in.

Ventilated seats, radar cruise control, steering wheel climate controls, seat/mirror memory, panoramic sunroof...don't let these "Look at me, neighbor!" features sway you into paying fifty grand for this thing! If you want features like that, you'd be wise to spend a few extra thousand on something more respectable.

At that price, you'll realize you don't need mouthwash squirted at your gums after all.

Get the $46,000 Highlander Hybrid XLE instead; with a respectable discount, that's the electric toothbrush that makes sense. 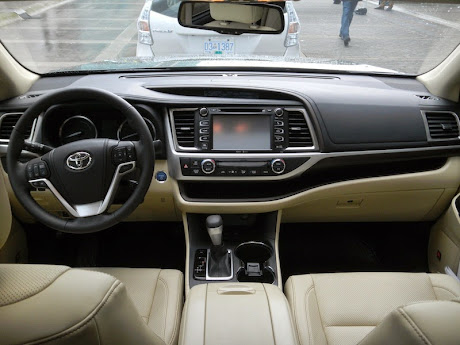 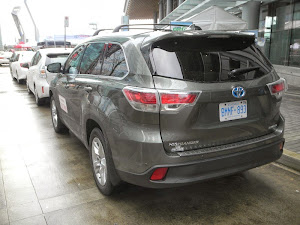