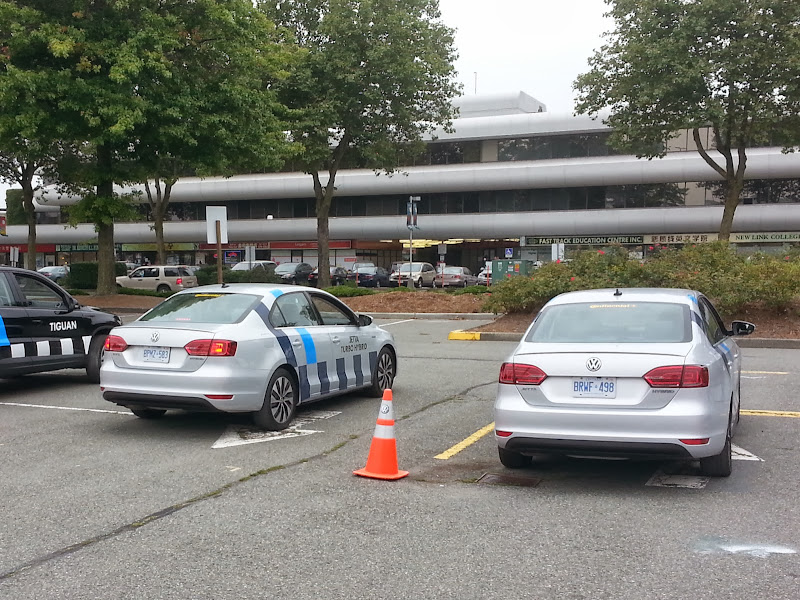 After having tried Ford's hybrid models, I've concluded that regular hybrids are compromises, different from conventional cars in all the wrong ways.

Plug-in hybrids, though, surprised me in that they actually drove well. So when I was given the keys to a VW Jetta Turbo Hybrid – which isn't a plug-in – I fully expected bad history to repeat itself.

However, taking this Jetta through an autocross course revealed that the world's gasoline-electrics have another surprise up their collective sleeve...

Unlike the Fords, there is no lack of power. The powertrain gets the Jetta going as quickly as needed. The 7-speed DSG's shifts are very smooth, too – which can't be said when it's fitted to gasoline counterparts...

Unlike the Fords, you won't notice when the gas engine kicks in at all. The engine doesn't coarsely announce itself – it just quietly swoops in.

Unlike the Fords, the pedals can actually be used by humans. There's no dead spot in pedal travel, no grabby and sudden action, and they are satisfyingly firm. They simply work and feel like those in any good conventional car.

On the downside, handling leaves something to be desired – it's not terrible, the steering isn't vague, but there is noticeable body roll. The Fusion wins here.

Backseat passengers will also complain whenever you go over a bump. The rear suspension is very stiff, so as to support the weight of the hybrid battery in the trunk. The trade-off is that your passengers behind you feel all the road craters that you won't.

Speaking of the trunk, hybrids' giant batteries take a giant bite out of useable trunk space. Good thing the Jetta already had a huge trunk... The Turbo Hybrid's cargo area won't disappoint during shopping trips, but taking a longer vacation with all five of its seats filled will force everyone to pack light. The seats still fold down, though.

Remember the abysmal materials in the standard Jetta I reviewed? The Turbo Hybrid certainly doesn't, as it's done away with almost all of them. At least with this fully-loaded Highline model, interior quality isn't a problem.

So what to make of the Jetta Turbo Hybrid? If you must have a gasoline-electric car, then definitely buy this one.

It's a no-compromise hybrid.