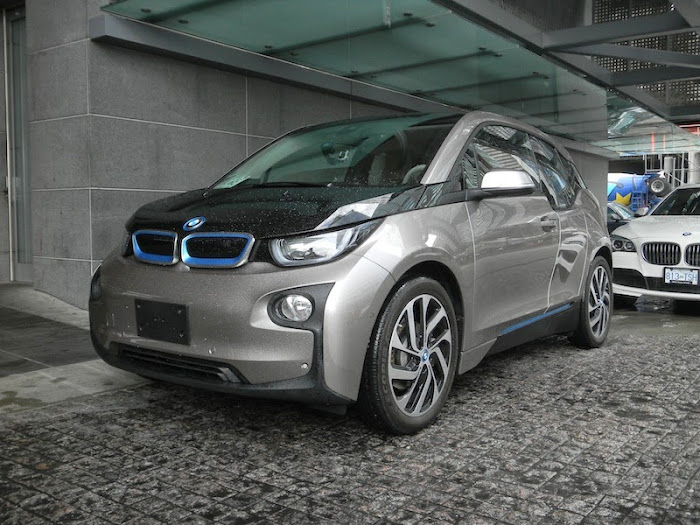 We've just traveled to the end of the century. Global warming has flooded coastlines and there's been a drastic drop in human population. Cities are completely automated and antiseptic.

The march of technology has since trampled the trades – all repairs are down to a programmer doing a software reflash. Something like a handcrafted table is as rare and desirable as a Van Gogh was ten decades prior...

What ethics a robot should abide by is on the mind of nobody. Robots capable of emulating thoughts and emotions have wound themselves into the fabric of this function-over-form society long ago. No, the hot topic of the day is, must a robot be mortal to have a soul?

By the way, the time machine we used wasn't a booth or an 88-MPH DeLorean, but a watch. A simple watch. One with a touchscreen display where you enter the time you want to travel to and how long until it should automatically bring you back. Fail to physically touch it when the timer hits zero and it'll return to the past without you...

Oh f*ck, there's only four seconds left!! Quick, touch the watch! But we just got into a car – how's this gonna...

...work? Oh...we're back. And we've inadvertantly brought the car we were in with us.

What could this automobile from so far in the future possibly be? There it is in the lede pic – it's the BMW i3.

Well, it at least feels like it's from that far into the future... Meandering between gray downtown buildings feels like walking into a silver screen playing 2001's "Artificial Intelligence."

If you've ever driven an old manual-transmission car, working the pedals will be second nature. Lifting off the accelerator makes brake re-gen grab instantly, slowing down the car to practically a dead stop (and charging the batteries in the process). Using the brake pedal is something done for form's sake once you're already stationary.

Handling is as good as you'd expect from any car with fifty-fifty weight distribution. In comfort mode, power delivery is linear and satisfying. I'd imagine that either of the two eco modes would deliver said power less instantly, but I didn't get a chance to verify. The ride balances firmness and comfort remarkably.

ADDENDUM (10.24.14): I since had a chance to try the i3's Eco Pro mode. City acceleration becomes like that of an averagely-quick car, unlike the jet-like Comfort mode. If you need the extra range, the acceleration trade-off can barely be considered a compromise.

Speaking of getting going, the start button is hidden behind the steering wheel on an inergonomic growth that also houses the backwards transmission controls. This and the cluttered, hard-to-read instrument panel screen are the only dark spots on this otherwise bright interior (literally and figuratively). 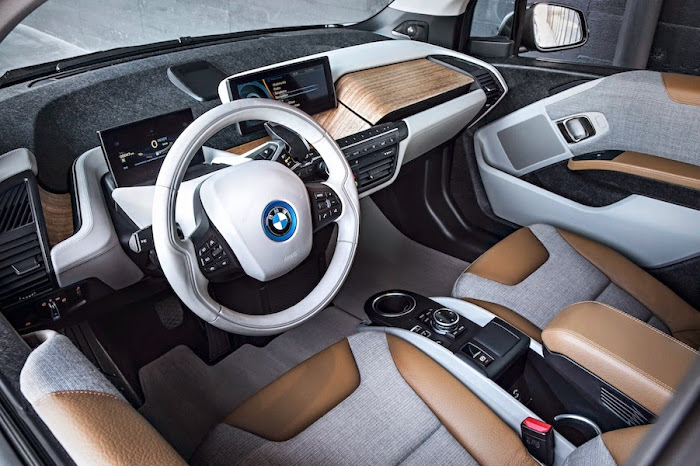 Glass area is extensive, bathing the quite large cabin space with tons of natural light and making visibility superb. This spacious feel is further enhanced by the widescreen navigation, displaying 3D models of the structures you're driving by from a bird's eye perspective...

The large screen itself is like switching from a 27" CRT television to a 42" flatscreen. It seemed ridiculous before, but now you're never going back.

Access through the tall, wide-opening clamshell doors is as ample as the space they envelop. Storage space isn't as abundant, though the trunk is adequate and there's modest storage under the hood.

Of the three different "Interior Worlds" offered, my tester was the mid-grade "Lodge" variant: it offers a mix of premium and recycled materials that best speak about the function-over-form ethos of the i3. So while there is supple leather and high-end-furniture-grade wood to justify a premium price, there's also hard (albeit smooth) recycled plastic and potato-sack textile that gives you carpet burn.

Regardless, the cabin is a nice place to be in with plenty of details to enjoy. Find them too distracting when you're about to park? Press a button and the car'll do that for you without any driver input at all.


THE METHOD BEHIND THE MADNESS
The BMW i3 is the only car on sale right now that's environmentally sustainable in every sense of the phrase:


The i3 is also the first production car with a 'skateboard platform,' where the all-aluminum chassis ("Drive Module") is one self-contained unit and the carbon-fiber bodyshell ("Life Module") another.

Speaking of carbon-fiber shells, the i3 is the first mass-produced car to have one. The type is "carbon fiber reinforced plastic," which is carbon fiber fused with – you guessed it – plastic, chosen because it's cheaper and quicker to produce.

The only tons you'll find in this car are the tons of thought that went into it.

Electric cars that purposely look different from conventional cars look stupid – except this one. The i3 manages to pull it off brilliantly because it doesn't look different just for the sake of it. It looks different because it fundamentally is different. This car feels like something special for half the price of a Tesla Model S.

Unbeknownst to many, BMW has a long tradition of experimenting with electric cars – they've been at it since 1972 and haven't stopped for a second. So the i3 is actually a proper BMW, too.

Do you want to feel like you're in the future while you drive? Then buy an i3 – before the timer hits zero. 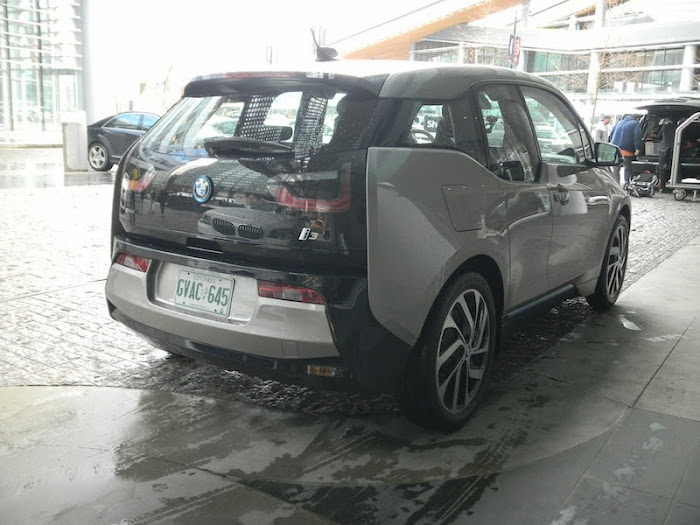