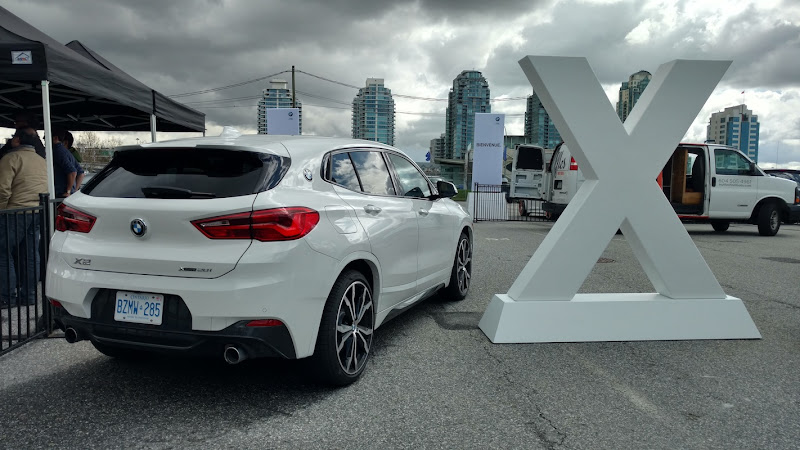 BMW's SUV lineup has seen some updates recently. Namely, they redesigned the X3, and launched the all-new X2. I got the chance to sample both on an autocross course, as well as to sample the off-roadability of the current X5 and X6. Here's how it all went.

Sit inside the new X2, and it quickly becomes clear that it's all about the badge with this car. Touch and smell will be dissatisfied if you've ever spent time in a luxury car before: it talks the talk, but can't walk the walk.

The driving experience is no different. Power delivery is great for puttering around town, showing the four roundels it has off to people. But we drove it like a BMW is meant to be driven – in that setting, it disappointed. Fortunately, both handling and ride quality were quite good, but with such an upmarket badge, that just isn't enough...

Then again, for the target demographic, it'll be just fine. If people warm up to the styling, they'll sell a ton of them. 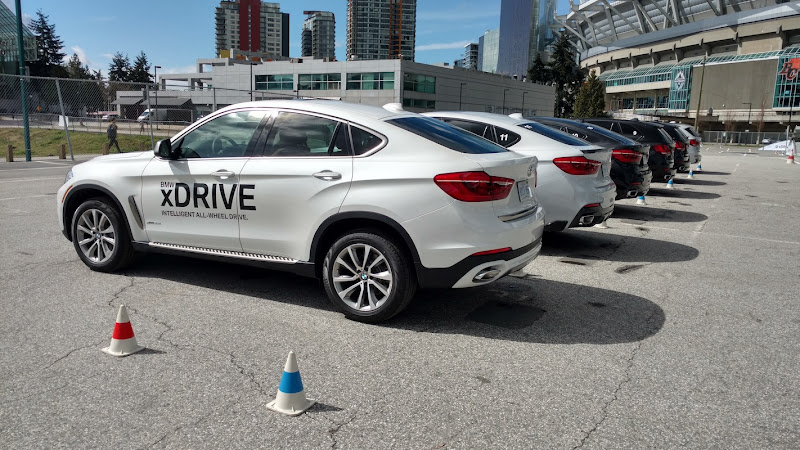 The X5 and X6 station had us drive them over obstacles simulating extreme off-road situations. First, you drove the left wheels over a long platform, putting you at a lateral twenty-something-degree angle. Just try and feel like you're not about to tip right over.

Next was a climb up and down a sharp slope (as simple as it sounds), leading to the final and most interesting obstacle: a giant, car-sized teeter-totter.

I don't have a photo, so words will have to explain how it works.

The contraption has an approach (uphill) ramp at the beginning, and a descent (downhill) ramp at the end. In between them lies the teeter-totter platform itself, which starts out in an uphill position, aligned with the approach ramp. Once you drive over the approach ramp and onto the platform, the trick is to use the weight of the vehicle to make the platform seesaw over to a downhill position (while your vehicle is still on it), aligning with the descent ramp waiting below. Only then can you drive off.

The best part was that in order to do this, you had to get the front bumper lined right up with the front edge of the platform. An inch more forward, and the car falls off, landing head-first onto the concrete below...

Sounds like fun, right? What if I told you the experience was a little bit neutered? The instructors – helpfully riding along with us – had us rely 100% on the overhead-view parking cameras to position the vehicle at every step, as opposed to letting the tech be supplementary to our own skills and judgement. I understand why they did it like this – massive liability – but the effect was that this felt more like a video game than the visceral experience it was meant to be. 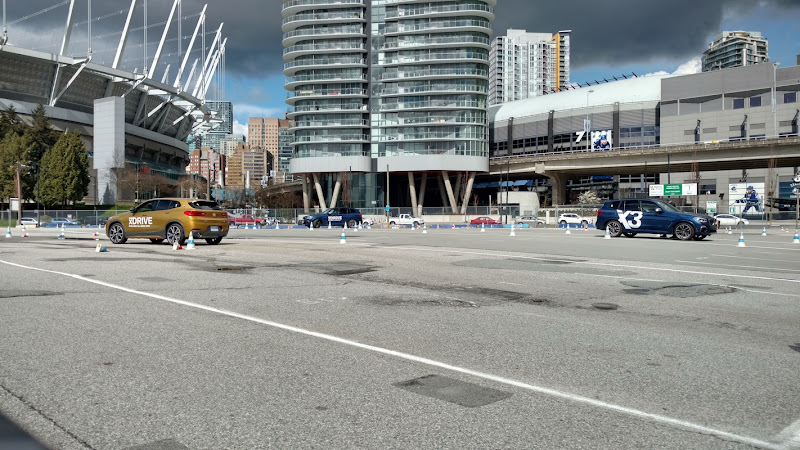 Both the highlight and surprise of this event was autocrossing the X3. Just like the Jaguar F-Pace, it handled better than many cars I've driven. Power delivery from the top-dog xDrive M40i (i.e. the turbo six) was strong, albeit with moments of annoying turbo lag when matting the throttle coming out of a corner.

Automobiles in general are getting bigger with every generation, and the X3 is no exception. The result is cabin space that you'd expect from an SUV one size slot higher. Unfortunately, though, it has a price to match... Because of the way BMW packages options, getting an X3 with all the features you need to not look like a cheap badge snob will cost you about $70k.

Anyway, driving the X3 back-to-back on the same course as the X2 really highlighted how much the X2 lacks. You won't be surprised to hear that I ended up spending most of my drive time in the X3, though a couple more laps would have been more satisfying.

My main gripe with the event, though, is that they didn't have display models for us to check out in the downtime before we actually drove them. However, they had a treat in store for us at the end... 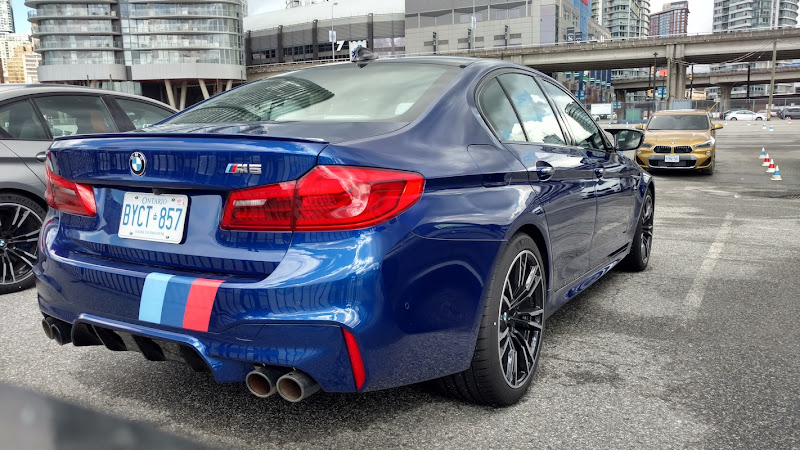 Once all was said and done, the instructors took us for full-speed runs in the new F90 M5, on a modified version of the X2/X3 autocross course we drove just minutes prior.

If the guttural cold-start exhaust note doesn't sell you on an M car, getting your face ripped off while your driver slides it around in 2WD mode definitely will. 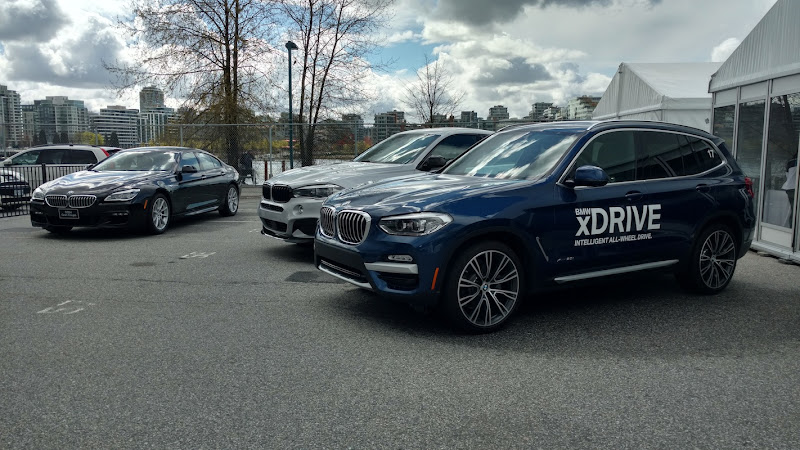