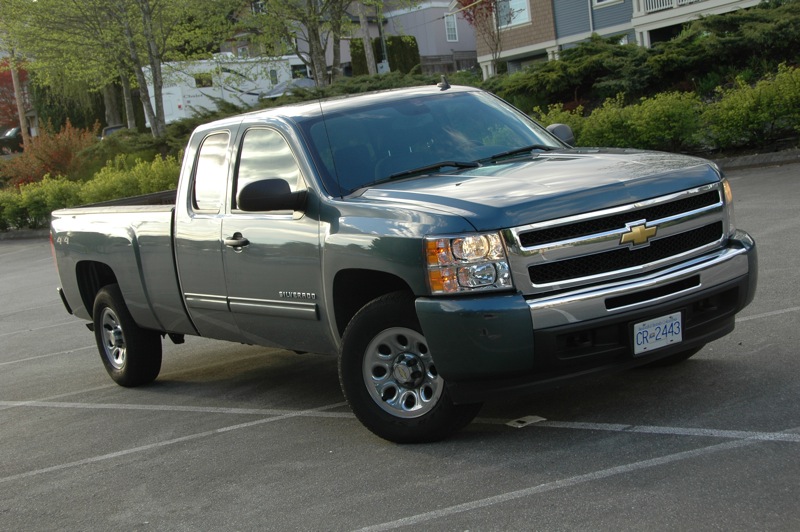 The universe holds some particularly sad truths. One is that people have lots of potential, but only few realize even half of it. Instead, they allow themselves to be distracted by things that don’t matter, and lose consciousness of the what's really important.

These people view realizing their potential as too much work, a sentiment that's cemented with every minute that passes by. Their lower two cheeks get so deep into the couch that one day, they begin to lash out at those that have put in the necessary effort and made something of themselves.

Take for example, a thirty-something-year-old delivery driver. He thought it would be cool to light firecrackers in a toilet bowl or inhale substances while some old man was boring people with numbers.

As a result, he now knows nothing about numbers (or anything), and somewhere in the back of his mind, he knows that only him and his elite group of 'buddies' saw math and science as torture. Although now, he’s a successful delivery driver – who makes much more than any of those stupid bookworms...

At least, that’s what he likes to tell himself.

Of course, the inevitable will occur: his drug-shaken, low-capacity mind will make a mistake – like missing a turn while attempting to make a delivery. Angry at the world that uses those blasted numbers in their addresses, he exacts his revenge by throwing his company’s pickup truck in reverse and violently backing into the motorist behind him.

The moral of the story: it’s worth it to realize your potential, and very costly if you don’t.

The same goes for just about anything else on this planet...including cars. If your company puts effort into the cars it makes, it'll show, and you'll be rewarded with strong and steady sales. If it doesn’t, you'll only be able to fool so many people – probably those that are trying to prove that education is a waste of time – and your sales will plummet with the next economic recession.

Don’t get the wrong idea: there is a market for both vehicles that are well thought-out and afterthoughts. The point is that people will notice which one of these categories a particular vehicle fits into. Thus, it's worth it to ‘give it all it’s got,’ and costly not to.

Some would argue that none of this matters when one is buying a pickup truck, since it’s meant to ‘carry heavy stuff’ and ‘tow even heavier stuff.’ The thing is, all pickups can do that and yet they still aren't equal. Therefore, one tends to consider how to get the most out of his $41,000, just about what my Chevrolet Silverado tester costs.

Specifically, $41,415 for this mid-range LT model with an extended cab and long (eight-foot) cargo box. With that, you get a leather-wrapped steering wheel, compass and outside temperature display, power heated mirrors, side curtain airbags, rear window defrost, illuminated visor mirrors, alarm, easy-lift locking tailgate, and an auxiliary port for your iPod.

While that may seem like a lot, the list of what it doesn’t come with is even bigger. There are no fog lights, no lighting of the mirror controls, no auto-down windows (no auto-anything for the passenger’s side), and it boasts the most basic wheels, chromed to distract you.

It has an entry assist handle for the passenger, but not for the driver. I assume GM – and all others whose vehicles also lack this feature – expects drivers to levitate, since that's the only way you can comfortably get in.

The separate key and remote are the same ones that all GM vehicles use since almost twenty years ago, regardless of trim level. The dial needles are fairly stubby, almost as if a short and fat chap is constantly pointing at your current speed and fuel level; you only have a vague idea of what's going on. It’s not very precise nor is it pleasing to the eye.

When you get out, you notice that the entire truck sways when you close the door, even when done softly. The four-way flasher switch is banished to the archaic and user-unfriendly top of the steering column, and the rhythmic click-clack of the turn signal indicator randomly speeds up when it feels like it.

It may seem that I’m awarding this truck with an undeserved thrashing, but there is method to my madness. After you configure the other four trucks in this class as closely as possible in price, options, powertrain, and body-style, you quickly see the disparity between the equipment of the Silverado and the competition. 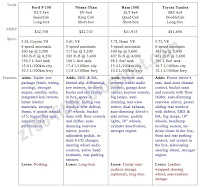 To prove this, I've devised a chart... (Click to enlarge)

So there it is: all of the other trucks offer more for the same money. That, of course, is assuming the quality they all offer is equal – which it isn’t...

The front doors, for instance, have a place where you can touchthree different kinds of textured plastic wiht only one finger – almost like standing on the Four Corners Monument.

The upper glove-box door doesn’t fit very well – it’s not level with the dashboard – and when the center seatback/armrest is upright, it jabs into your shoulder since it sits perfectly vertically.

In the Silverado’s defense, that center seat is very practical: it can actually seat a tall adult, and it has lots of useful storage within itself. In fact, the center seat has so much storage space, that you could ignore all the other compartments and use it alone.

Unfortunately, all of the other trucks offer this without jabbing you in the shoulder.

However, there must be a good reason why people buy Silverados and Sierras (the GMC twin) – usually, a seat-of-the-pants evaluation is what makes the brain write a cheque. Thus, one can assume that the Silverado's driving experience acts as a counterweight for its lacking features and quality.

The good news is that it’s not terribly imposing to drive. After about a few seconds behind the wheel, the truck fits around you, and you know exactly where its corners are. It doesn’t shrink around you, but it’s not daunting, either. The ‘boxiness’ helps you when parking as well, making it much easier to pack its nearly six-and-a-half meters into a space.

The cloth seats in my tester hold the driver very well, much better than you’d ever expect in both a full-size truck and in an American vehicle.

The steering is very nicely weighted: it’s light – as you’d expect in such a vehicle – but it’s not numb. You actually feel a solid connection between your hands and the front tires. And when you have to use it to turn the rig in a tight space, you find out that the Silverado has a very good turning radius.

The bad news is that the nicely weighted steering wheel is off-center. Instead of being aligned with the center of the driver’s seat, the wheel is to the right, making all two-handed steering maneuvers a bit awkward.

This isn’t an anomaly, either, as drives of the current-generation Sierra and Tahoe confirmed the presence of this demon in all GM trucks. If you spec the leather seats instead, this problem gets worse (since they are wider than the cloth ones!).

Also, this wheel can only tilt, and not very well at that. The detents are much too far apart, making it needlessly difficult to find the perfect driving position. Oddly, the column shifter has the opposite problem: its detents are too close together.

Things only get worse: the gas pedal calibration is, in a word, frustrating. Try to start smoothly and the truck'll barely move. Give it some gradual gas and – eventually – it'll start to pick up some speed...with all the finesse of two beer enthusiasts performing a 'belly-five'.

I suspect the transmission programming is partially to blame, as it rushes to sixth like the lower gears don’t matter. Together with the lazy, flat-lining throttle, getting the truck moving is anything but smooth and pleasant. This makes the 5.3L V8 (the second-strongest one offered) seem underpowered, also killing all hopes of matching published fuel economy figures...

Fortunately, the transmission has a manual mode, which comes in handy when the inevitable power stinginess occurs on a hill. Too bad the controls for the manual mode, buttons attached to the column shifter itself, are effectively out of reach. Using them won't make your wrists happy. Flooring the gas pedal is the only other option, bringing both you and thr truck out of your comfort zones.

Were it possible to move the shifter to change gear (mocking a column-mounted manual in the same way a floor-mounted automatic shifter mocks a traditional manual one), rowing your own here would be easier at the least.

In the Silverado’s defense (again), all other trucks with column shifters and manual modes have the same problem. All extended cab trucks also suffer from limited rear-seat legroom, in spite of the overall dimensions. But not all extended cab trucks share the Silverado’s colossally wide B-pillar and roof-mounted seat belts, which together create otherworldly blind spots.

The other trucks also don’t suffer from the Silverado's other problems, be it the lack of features, appropriate driving dynamics, pleasant materials, or a centered steering wheel.

As a result, the verdict is regrettably clear: it could be better, but it isn’t. Look elsewhere. 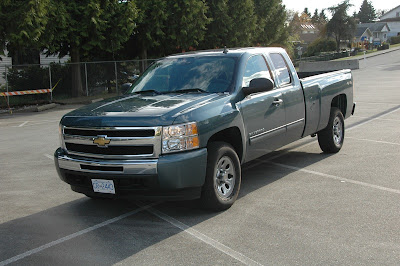 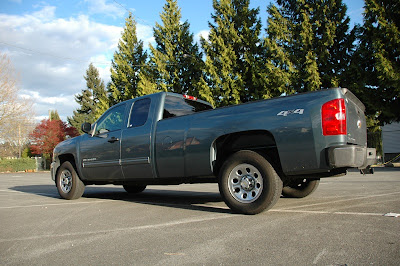 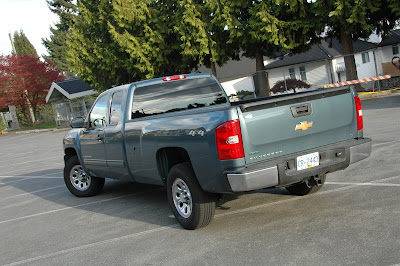 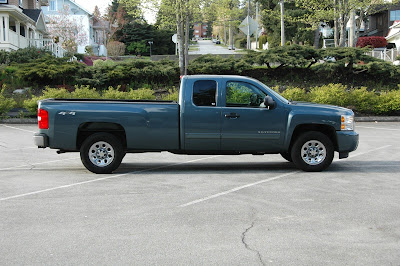 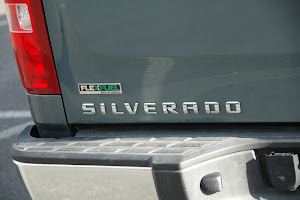 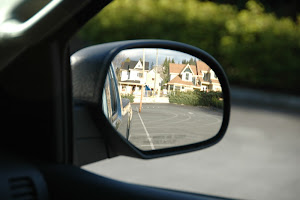 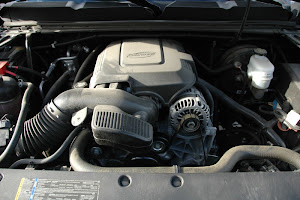 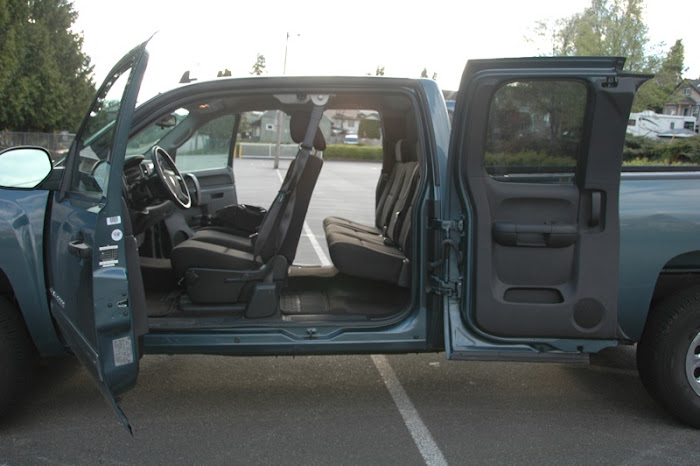 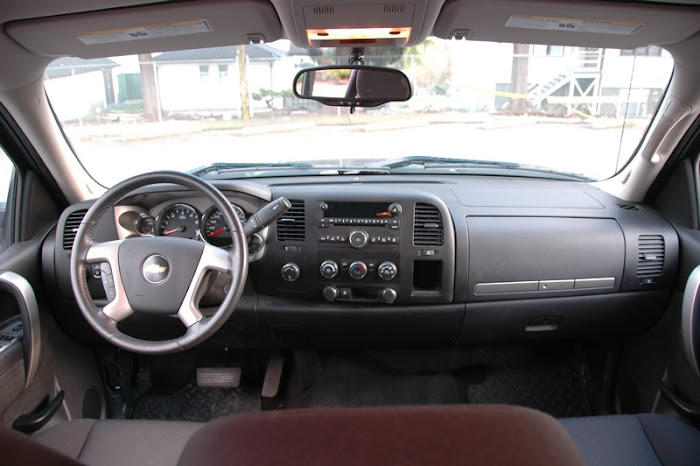 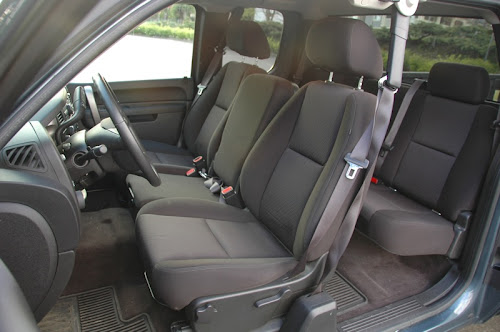 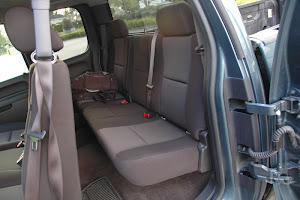 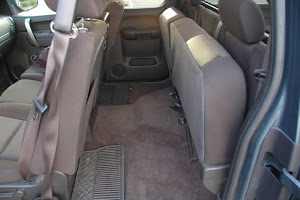 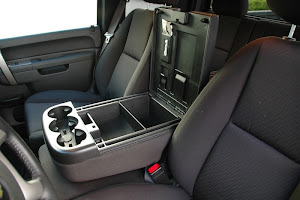 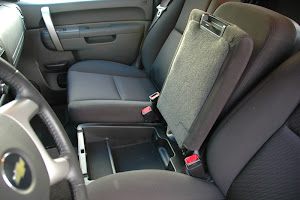 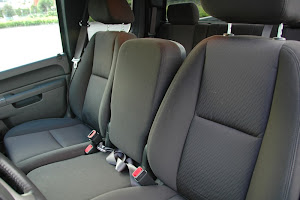 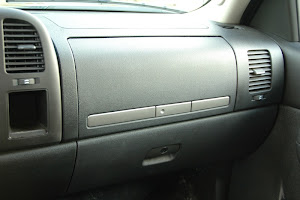 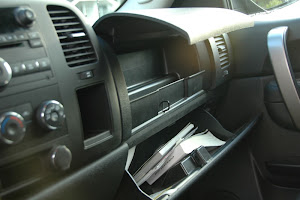 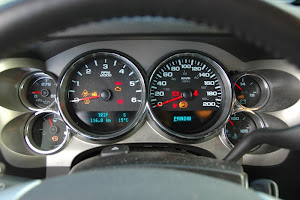 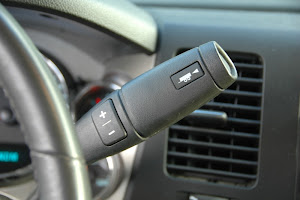 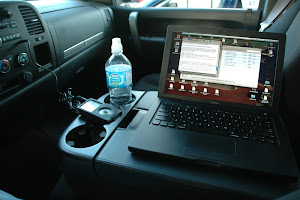