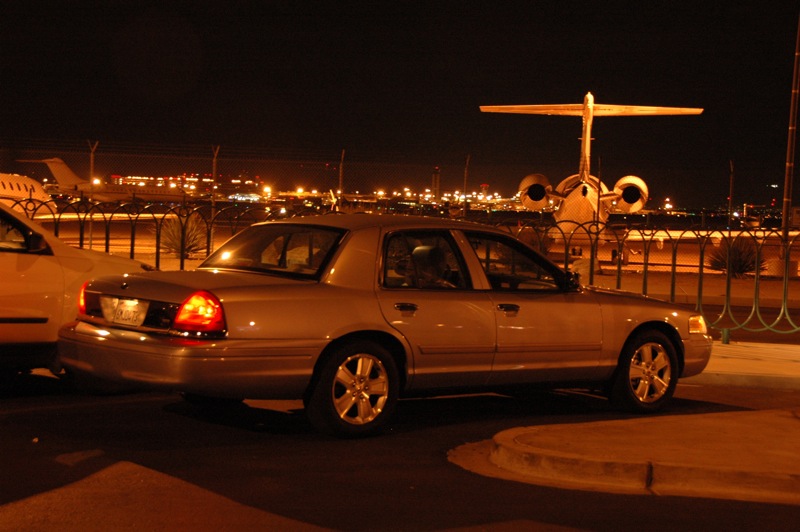 I’d be willing to bet ten thousand dollars at the roulette table (on zéro, naturally) that you know of a man called James Bond. I may even put down a few chips more when contemplating whether you – during childhood, of course – have ever presented your own name in reverse order.

And because I’ve just won ten thousand extra dollars, I’d further go out on a limb and affirm that you’ve seen a film called Diamonds are Forever – the last time that producers confused Commander Bond for a “Mr. Connery...”

Watch the film if you haven’t already – I highly recommend it, but not for the usual reasons. Pay no attention to Commander Bond’s mission, ignore the plentiful curves that he interacts with, and don’t observe his arch nemesis’ white cat. Shun the sadistic duo that insists on pyrotechnic problem solving, and don’t make eye contact with Bambi and Thumper (don’t say I didn’t warn you).

Instead, watch the film to take in the sights of Las Vegas, like the Strip, the desert to the immediate west, The Tropicana, Caesar’s Palace, Circus Circus, Golden Nugget, The Mint, Dunes…

Some of these you may have never heard of. Others, you may not recognize. In both cases, for good reason: Diamonds are Forever was filmed in 1971.

The movie offers gratuitous (and in some cases, unrecognizable) views of, for example, McCarran International when half of it didn’t even exist yet. You'll see the city as it was before "old Las Vegas" earned its prefix; when the intersections along the Strip were enveloped by parking lots instead of today’s cavernous overpasses.

Fremont Street, in all its lights and glory, is prominently featured as Bond leads stunt-driving police officers around the perimeter. The Hilton Las Vegas, posing as the "Whyte House," was the very best the city had to offer. It was then but a couple years old and surrounded by vast desert flatland in place of other casino resorts.

When you’re done watching the film, take a trip to Las Vegas if you haven’t already – I highly recommend it, but not for the usual reasons. Ignore the gambling, live entertainment, interactive curves and elongated beverages. Instead, visit the city to compare it to its former self. Visit Las Vegas to experience how much the city has developed since then.

Anyway – the Ford Crown Victoria. It’s oldest direct ancestor dates back to 1973, and its platform (called “Panther”) was introduced in 1979. Only in 2003 was the platform significantly updated: the frame was replaced with a hydroformed steel likeness of itself, and more modern steering components were fitted.

Why reject important technological innovations and persist in making a car the same way you did thirty years ago? American metal from the seventies was often criticized – and rightly so – but they did one thing like nobody else: these cars were unbelievably comfortable.

For example, today’s minivans are regarded as having a pillow-like ride. Take a spin in, say, a Lincoln Continental Town Car from the seventies: I’ll put some more four-digit-value chips on zéro on the assumption that afterwards, you’ll feel that minivans ride like these things.

The trouble with cars from this era – and Las Vegas from this era – was that both were underdeveloped. A 1971 Ford Custom or Galaxie, for instance, lacked as much handling and body stability as Las Vegas lacked casinos along the Strip. Even taking a turn at street speeds produced massive G’s.

And just like the waterbeds that were no doubt de rigeur in seventies’ Vegas hotel rooms, these cars flopped back and forth after you braked hard, and for minutes at a time. That’s enough swaying to give you instant seasickness.

Maybe that’s why green was such a popular car color back then.

So by extension, today’s Crown Victoria should be exactly like its 'grandpappy' from the seventies. It’s still a hovercraft with six seats, a column-shifter, a V8, a frame separate from the body, and a fuel tank behind the rear seats (such that a folding rear seat can’t exist).

Well, I can tell you that it doesn’t flop to-and-fro after you use the brake. It doesn’t scrape its door handles while cornering, nor does the body bend with the G-forces. Its rear-wheel-drive doesn’t cause power-slides at intersections, and it isn’t baby-sick green.

It can also get out of its own way without trying to sit on you in the process.

How is all this possible? Physics.

The equivalent cars from the late seventies had bodies about half a meter longer and at least ten centimeters wider than the Crown Victoria’s, but on a frame with the very same wheelbase.

In technical terms, this is called sprung weight. Having too much of it means that there’s a lot more metal for inertia to fling about while you drive, making the car much more difficult to handle.

It’s like a horrendously obese man with little feet. See what happens when you make him dance.

What Ford did was put the Panther platform on the Subway diet: it’s still the same person in the end, but he’s got a lot less weight to carry around. This makes him more nimble.

That's also why the Crown Vic is at least a second faster to 100km/h than its 'grandpappy' was.

Withal, less unnecessary weight coupled with a very boxy body makes for a beautifully simple driving experience. There is no getting used to the size, there are no jarring blind spots, and it moves exactly as fast as you’d expect a V8-powered sedan to move. You’ll park it perfectly straight in the middle of the spot, from the first time, every single time.

I cannot describe how easy – and, quite curiously, fun – this thing is to drive.

The steering is expectedly light, but not too light, and you can feel the road somewhat; the seats are comfortable and there is lots of room (though I expected more legroom in the back). Driving one is a better experience than all evidence indicates it should be. Even the fuel economy is good, equaling that of an average, modern V6-powered crossover.

However, the Crown Victoria can’t escape the past.

Its idea of high-definition entertainment is a CD player with four speakers – which ironically works in tandem with an antenna integrated into the glass – its lounge chairs, while very adjustable, are still flat and split in the middle of the center seat, and it still has to make do with a four-speed gearbox.

Being old-fashioned isn’t all bad: for instance, the doors close with a mechanical ‘thunk’ not unlike that of the Mercedes-Benz G-class – or any classic car, for that matter. It’s also as comfortable as its 'grandpappy' was.

Just like today’s Las Vegas, today’s Crown Vic is updated to fit with the times, but it’s still the same thing it was back in the seventies. That’s why it’s so good: it does what it’s supposed to do, well.

However, an integrated antenna, old-school charm, and otherworldly comfort apparently aren’t enough to keep it around, meaning that the Crown Victoria can’t escape the future, either. The last one ever was made on September 15th this past year because Ford couldn’t be bothered to fit stability control to it. 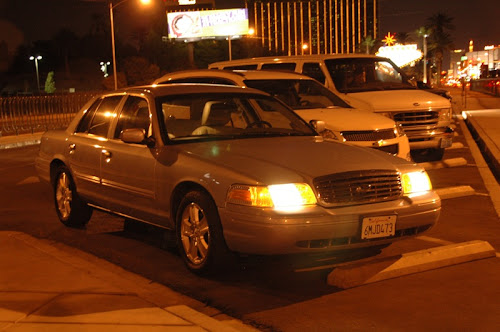 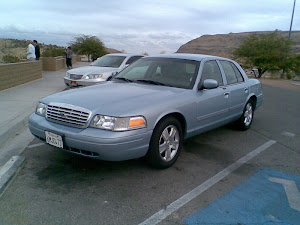 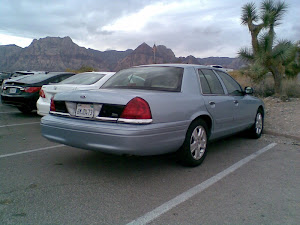 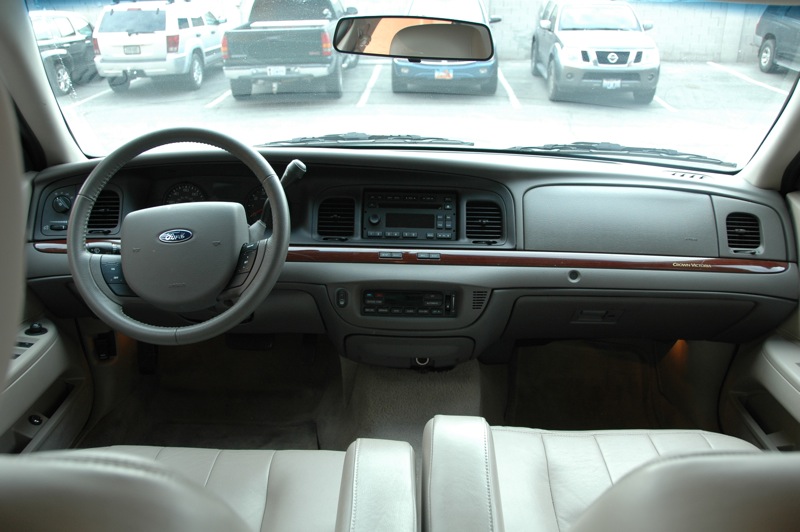 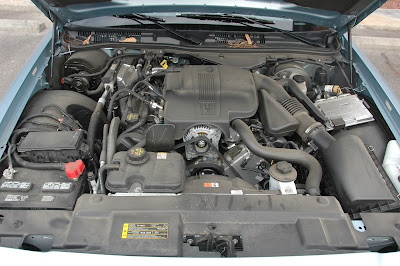 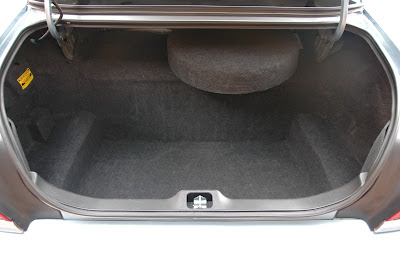