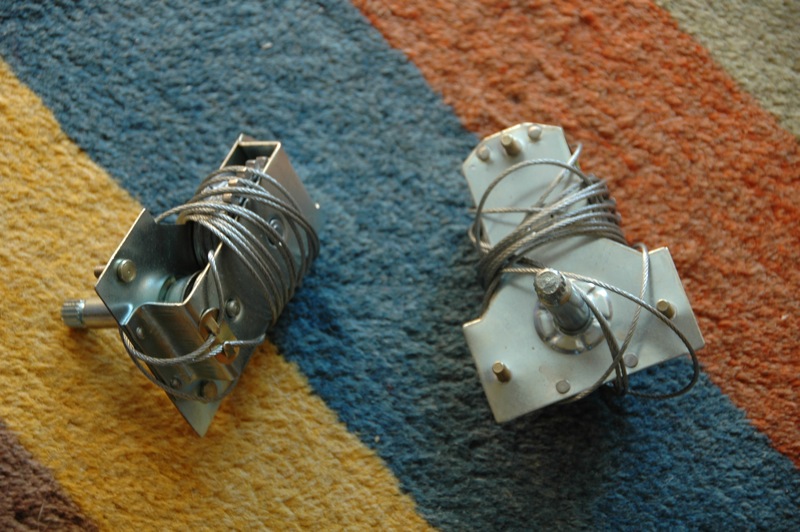 That missing window regulator was missing out of error: the seller sent it over a few days after I mentioned it, and indeed, here it is. I can now say that I have a reliable source of (certain) new parts.

Also, given the dry weather of the day – and a little unexpected free time – I took advantage.

What will soon follow is a thorough solving of the Fića's problems, one by one. In anticipation, I've prepped both the doors for the (coming) replacement of the window regulators – the door cards are both off and in storage until everything is done.

The passenger's door is ready for its 'transplant' though the driver's door asks for a couple extra steps beforehand: in the picture below, a plastic membrane is visible (which, mysteriously, was never fitted to the passenger's door).

Mounted between the door card and the door insides, it's been holding in moisture – instead of allowing circulation – and it's in the way of the impending replacement.

Since it's glued on and isn't a factory fixture, it will be removed – its glue, "goo-goned."

The window trim clip and under-seat bumper are both now installed. It turns out that the Fiat bumper is shorter than the Zastava one (it never ends, does it?). Fortunately, ingenuous use of a washer made the heights line up: the driver's seat now sits solidly, like it's supposed to.

The new handbrake cable will be mounted at some point in the future, given that the handbrake works.

Another equally-dry day with some more free time will bear the replacement of the window regulators and the mounting of the new gutter trim.