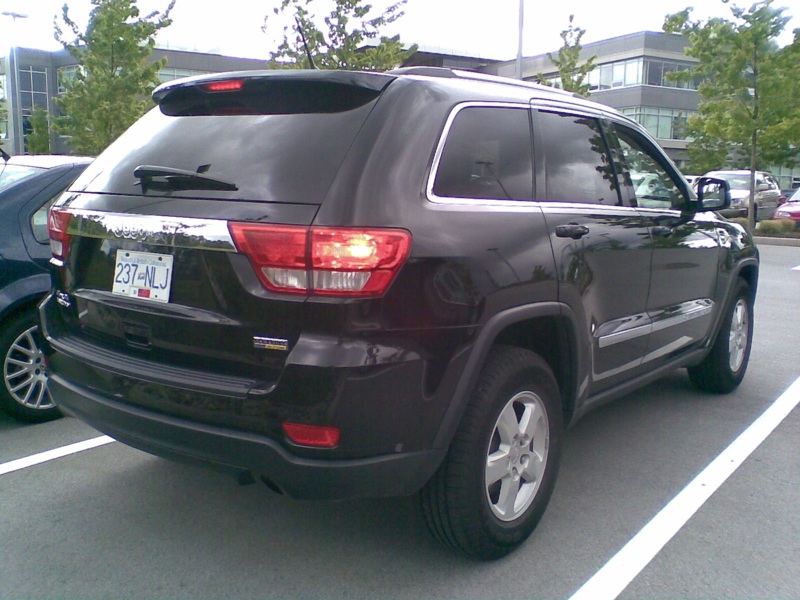 The recent history of Detroit is a fascinating one.

The city is known for its strong tie with the US automobile industry, and for good reason. It all began in 1899, when Henry Ford’s first factory appeared in then-greater Detroit. By the 1920's, the US automotive industry dominated the whole city.

And so, Detroit became labor-hungry – an influx of middle-class workers, largely European immigrants, multiplied the population by six by the time said factory was 30 years old.

In other words, the city expanded with the automotive industry: by the time the second world war was out, Detroit had already held the title of the fourth-largest city in the country for two decades. Ironically, only after it fell to fifth place did it reach its all-time population peak.

It's difficult to say which is more astounding: how much the city grew or how fast it grew.

Civic investment wasn’t just limited to automobiles: for instance, one foreign leader donated so much money to a local church that he was given the key to the city in return. His name was Saddam Hussein.

Unlike the rest of the world, Y2K had it in for Detroit: the population decreased by over one quarter since that particular New Year’s ball dropped in Times Square. Detroit is the only US city whose population crossed one million, only to fall below it afterwards.

The US auto industry began to collapse, once Americans widely embraced both foreign cars and foreign labor.

Since Detroit was all but exclusively tied to that single industry, it collapsed along with it.

The abandoned suburbs, dwindling infrastructure, lack of tax income, and noticeable crime prompt how the city has fallen victim to the industry it passionately adores.

Now, faced with the daunting task of re-creating greatness with only what's left, the mayor has devised a plan to shrink the city physically, matching the new population.

Like an overweight man hitting the gym, Detroit intends to trim all excess land from its borders, somehow moving now-isolated families into the strongest and most viable neighborhoods. Vacant land becomes farmland; districts, utilities, transit, and other services, are reconfigured; the exodus, stopped.

Today in Detroit, less is more.

The Jeep Grand Cherokee used to be made in Detroit. Now, in conjunction with last year’s complete re-design, it is “imported from Detroit” instead. And it shows.

Take its seats and its ride as examples: the former are firm, yet extremely comfortable and supportive, keeping fatigue at bay even after long trips. The latter is very plush, with the four-wheel independent suspension soaking up any bumps it encounters, with little indication of their existence permeating into the cabin. Yet, rollovers aren’t imminent at every turn.

An exaggeration? Not quite. This generation of Grand Cherokee began development while Mercedes still owned Chrysler. As a result, the (W166) M-Class and (WK2) Grand Cherokee share a platform and suspension. And seats.

The Jeep also borrows (active) headrests, power window switches, and a key-fob from Mercedes. It even goes so far as to feature (simulated) Ash wood trim, signature of many modern Mercedes interiors.

Also eerily similar to the ML are the optional adjustable air suspension and Selec-Terrain system (where you tell it what sort of surface you’re on, and the 4WD system reacts accordingly).


WHAT REMAINS
Certain things from the previous generation haven't been eliminated:


Coincidence? I think not.

The German connection seems to have solved some other aspects that plague SUV ownership. The Jeep’s hydraulic steering system actually keeps you informed of what it’s up to, the comfortably upright seating position ensures attentiveness, and the glass and mirrors give a view of both what’s around and what’s below.

Now there’s no excuse to run over a subcompact while making a lane change.

Under all six-cylinder Chryslers’ hoods lies the new “Pentastar” 3.6-liter V6 – this particular one being no exception.

The power put through the Grand Cherokee’s four wheels doesn't quite live up to 290 equine units of force – but it’s not the engine’s fault. A form of “obsessive-economy gearbox syndrome" is to blame.

The engine is new but the transmission is not: raising the fuel efficiency bar and then forcing an old gearbox to jump over it is as disheveled as it sounds. When flooring the accelerator, an unwanted pause is first felt as the ‘box second-guesses your telegraph commands before executing them.

“Are you sure you want to do that? Your wallet will feel it! You’re still sure? OK, but don’t say I didn’t warn you…”

And so, every single time.

The delivery delay isn't long, though, and while momentarily intrusive, you end up getting all the power you asked for.

Let’s hope the corporate eight-speed automatic (from the Audi A8 – the Germans strike again) joins the corporate six-cylinder. This gearbox shows no signs of ‘the syndrome.’

Nestled in the woods instrument panel is an info center that keeps track of an impressive amount of stats. Trouble is, it tries to show you most of them all at once…

For instance, when viewing the digital speed readout, there is also a “vehicle speed” heading at the top, with instructions on how to change the speed units at the bottom. This is how the screen and its complexity discourage any attempt to make use of it.

The instructions could be limited to the owner’s manual without detriment. As for the redundant heading…if you find it necessary, it’s time to get acquainted with the back seat.

Also, the gas pedal protrudes awkwardly towards the driver, pushing back on the foot. Both your right ankle and thigh will be sore in no time at all.

It seemed that re-adjusting the seat to a different but-still-comfortable position at least minimized the pedal’s push-back, but more seat time will verify if this can be completely worked around.

The wiper controls, on the other hand, can’t. After migrating to the turn signal stalk, they’ve become needlessly difficult to control – especially the rear wiper. Awkward hand placement is now the order of the day.

Too bad the cruise control and light switches aren’t on there as well – the more the merrier, right?

Such was the attitude when writing up the spec sheet, too. My Laredo tester, the very base model, includes such ‘unremarkable’ features like keyless start (but nowhere to put the key); trailer sway control; hill-start assist; full-time four-wheel drive; dual-zone A/C with rear seat vents; 12-way power driver’s seat; fog lamps and automatic lights; and a flat-folding front passenger’s seat.

All this consumes thirty-eight thousand of a buyer’s dollars.

Adding a couple key packages to it – alarm, remote start, Bluetooth, USB, and the complete advanced off-road system, among other things – consumes only two thousand more.


THE ICING
Replacing forty with fifty-six gets you a Limited or Overland instead, with some extra icing on top (see sidebar).

However, at this price point, people think differently. Potential buyers will begin to consider what other icing is out there for almost sixty grand, not limited to the Land Rover LR4, Porsche Cayenne, and the very Mercedes M-Class the Grand Cherokee is based on.

Even the pleasant interior plastics will begin to look less so when contrasted with the Overland’s leather-draped dashboard. The fact that the bi-xenons don’t swivel with steering input will make a buyer stop to contemplate alternatives. Moreover, most other SUV’s at that price are more capable off-roaders than their prospective owners are, anyway.

Therein lies the caveat: at sixty grand, there are other SUV’s that bring a like combination of off-road prowess, economy, comfort, seating space, quality, and features. But not at forty.

Today in Detroit, less is more. 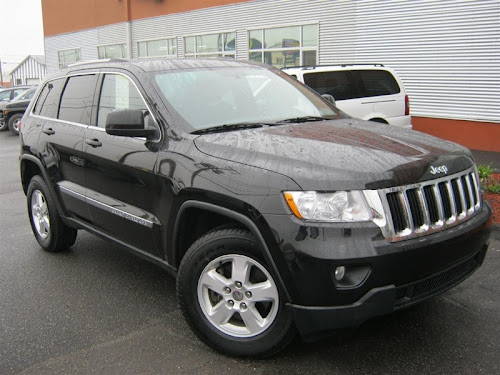 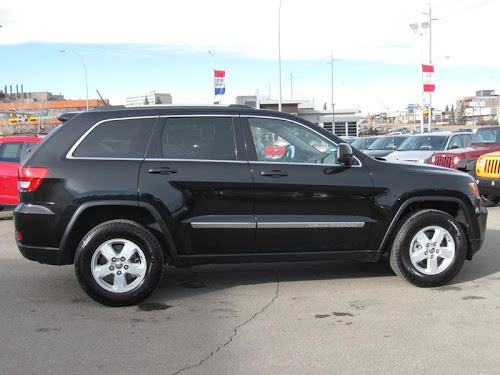 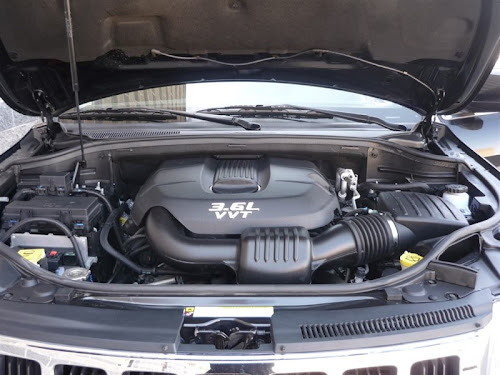 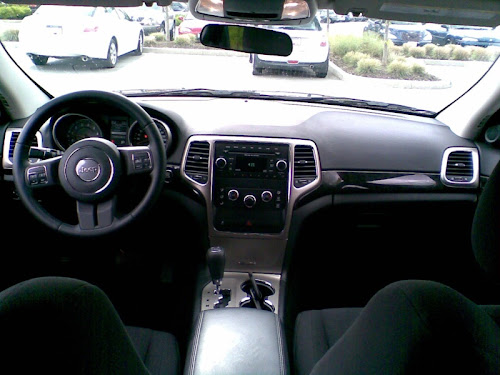 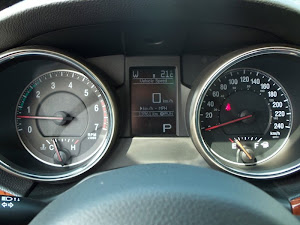 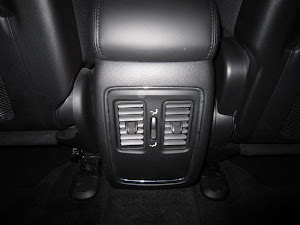 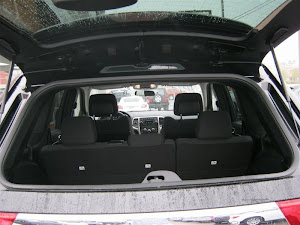 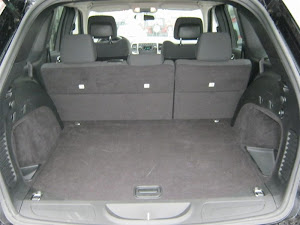 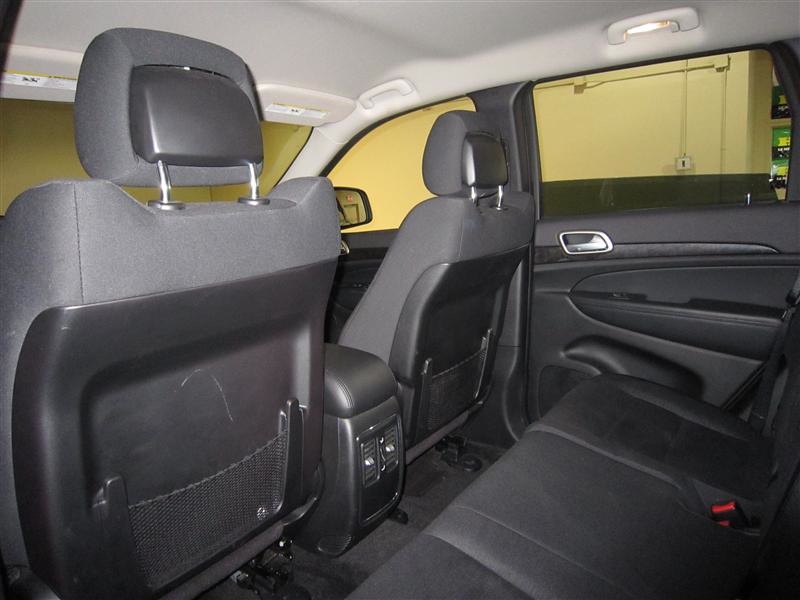