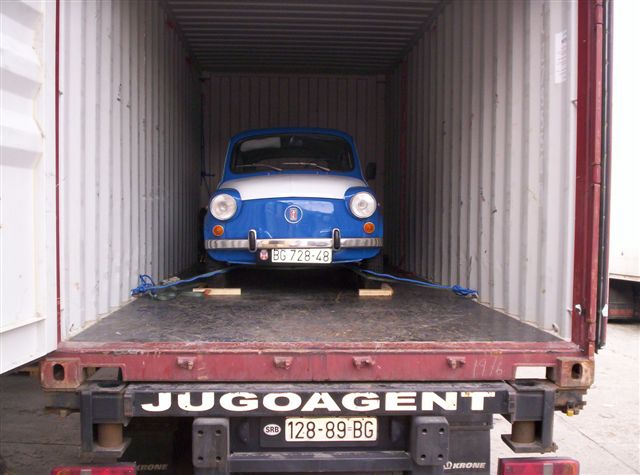 Saying that your car is the first of anything is nothing short of ambitious. How can I be so sure that mine is the first in Canada?

Well, the group of owners is fairly centralized – i.e. there's very little that goes on in the world of Zastava 750's that the owners' community isn't aware of. Nevertheless, there is information to be found outside the realm of home-market enthusiasts.

Through my own research, I have found the only known stories of Fićas with a transatlantic trek under their tires.


EXHIBIT A: From SLO to USA 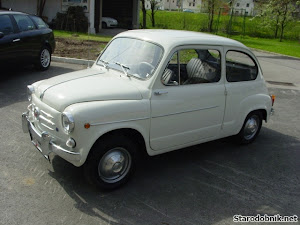 Based on owner forums, this restored 1967 Fića was sold and shipped from Slovenia to somewhere in Florida at one point before mine arrived.

There is evidence that the car exists and anecdotal claims that it was sent to the Sunshine State, but there is no hard evidence of its new life in Florida.

There are no pictures of the car at any stage of its presumed journey: packaging, during transport, arrival, driving in Florida, presence at car shows, etc. There are also no document scans to be found and the new owner identity is a complete mystery... Not even the destination city is known!

Plus, sending a Fića to the 'new world' makes for a great story at the local pub. Unfortunately, this particular one-way travel tale can only be relegated as a myth: there's no evidence that it actually happened.


EXHIBIT B: Dezer Collection
While on the topic of Florida, one of its museums has an impressive car collection with just about anything you can imagine: American classics, European old-timers from either side of the curtain, microcars, Hollywood cars...and one particular yellow two-door. 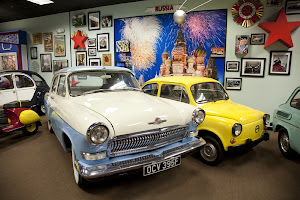 It's a 1977 Zastava 750S with some small mods; why almost all of its chrome bits have been painted black, nobody will ever know. It's also unknown if it has been fully imported/titled in the US – what's certain is that it's a physically landed immigrant.

And if you're interested, it has been on sale for some time. The Dezer collection is willing to part with it in exchange for a stubborn eighteen thousand dollars...

A note about Florida: they don't strictly uphold US import laws. As such, one can see valid Florida registration on cars that are illegal in the US. Driving one into another state isn't wise.


EXHIBIT C: Woodward Dream Cruise
On the third Saturday of every August since 1995, car enthusiasts of all types flock to Woodward avenue in Michigan to cruise the long thoroughfare together. The average turnout is forty thousand cars from all across the globe, with an additional one-and-a-half million people arriving to spectate.

Some of these spectators bring cameras, to the delight of those that can't make the trip. One caught a seventy-something green Zastava 750 participating in the 2010 cruise. 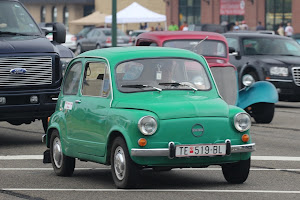 It sports a Macedonian plate, which could mean that it was in the US temporarily to participate in the cruise, by way of an owner with an eccentric sense of humor. It could also mean that it has been imported, given that Michigan doesn't issue a front plate.

Either way, it's a real Fića in the US. That's two.


EXHIBIT D: IAM2SLOW
Car stories are usually not what one finds in a (online) newspaper, but there are always exceptions. In this case, it's a Zastava 750 spotted by a surprised Serbian journalist in Cambridge, Ontario, sometime in April, 2011. 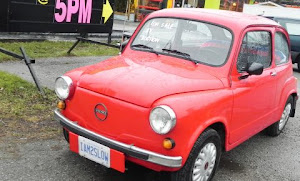 Further investigation on my part revealed that it's a 1981 Zastava 750LE originally from Slovenia, evidently fully imported and registered in Ontario. In May of the same year, it was auctioned off to a man named Vito – also from Cambridge – who announced the purchase online a month later.

Since then, he hasn't posted any pictures, hence the one here is the only one that is known to exist.

There's another Fića in Canada after all, but no photos, no forum posts, and no other info is dated before April 2011. My Fića arrived in December 2010, as documented on this very blog, among other places.