The title is Serbian for, "What do you need a Fića for, anyway?" 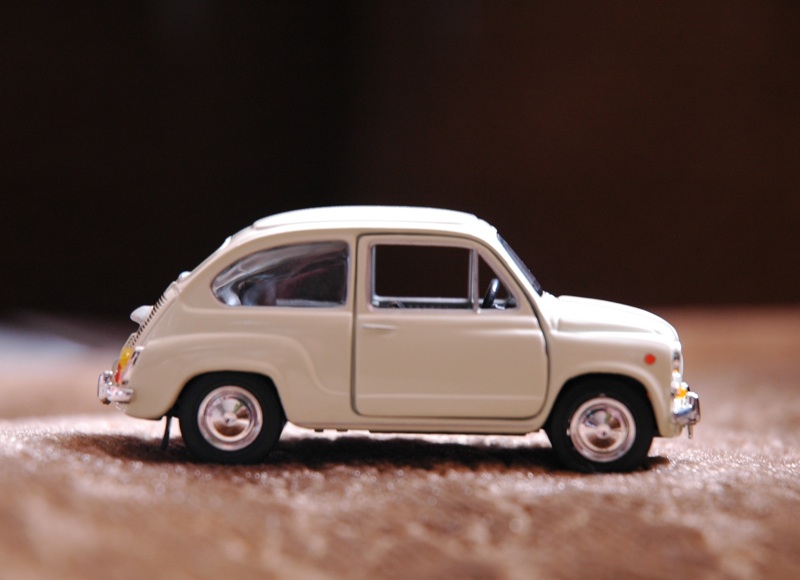 A cream-colored Zastava 750 once made an appearance in an old movie, which I happened to watch as a kid. The little car had suicide doors and an engine that sounded like it was reversing when it was actually going forward.

This unusual beast grasped my curious mind instantly. My parents then mentioned that it was a domestic car – I was hooked.

I now remember nothing about the film, but the car never left my memory. 'Googling it' at the time didn't exist – from Canada, then, there was no way to completely satisfy my curiosity. And so, I slowly began to forget the strange little car.

A handful of years later (still in Canada) I nonchalantly ate a Kinder-Surprise egg. I opened its inner plastic cocoon and gazed in surprised disbelief. It was a Fića. With suicide doors. How was that possible!?

It was the first time that I actually had the opportunity to look around the entire car at my own leisure, examining all of the details that I never before could.

I still have it.

It remained my only link to the world of the Fića until I had the chance to visit Belgrade's classic car museum. At the entrance were hundreds of model cars available for sale, among them many Zastava 750's...

At some point in my childhood, I also saw a police Fića in a movie, which I found as interesting as the cream-colored original. Hence, I relieved the museum of two little models: a cream-colored one and one in police colors.

I began to plan my idea of finding a unique classic car. Little did I know that from that point on, I would become powerless: the project would take the reins itself.

Which car to look for? History was to blame for that decision. Reflecting on my progression from film-Fića, to Kinder-Fića, to miniature-Fića bore the next logical step: finding a real one.

In that case, it had to be cream-colored with suicide doors. I would settle for nothing less.

Or so I wanted to think. Nonsense.

I found a suicide-door model which promptly sold mere hours after it was posted. There wasn't another one available that wasn't rusted out beyond repair.