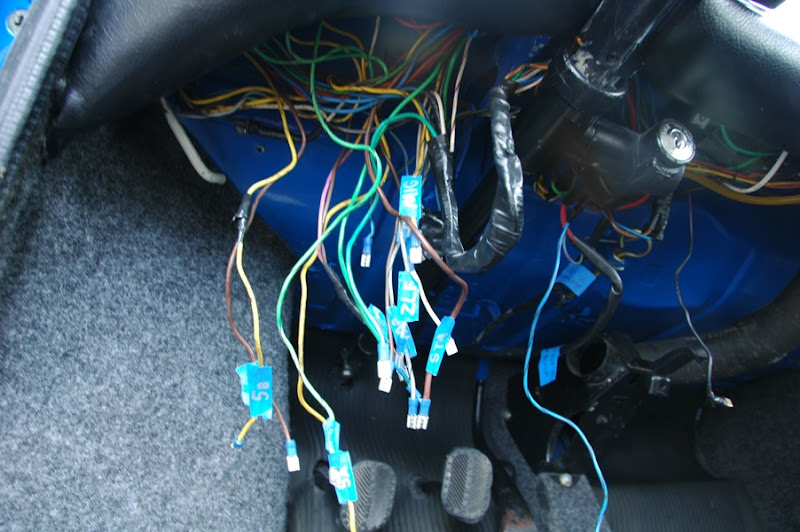 (How does one untangle the consequences of half-assery?)
It's been a couple weeks since my Fića was taken to its doctor. What has happened since then?

Well, in between tending to the vast array of other cars that also require his expertise, my mechanic has 'assessed the damage,' so to speak. As expected, things don't look so good...

As it stands, it's a complete electrical mess:

He has since installed the new handbrake cable – I genuinely can't wait to hear its ratcheting noise again – and finished the ignition contact block repair. Being as stubborn as the rest of the car, it was only repaired after its fifth disassembly!

For the first time in almost two years, I feel as if there's an end to this stagnation in sight.