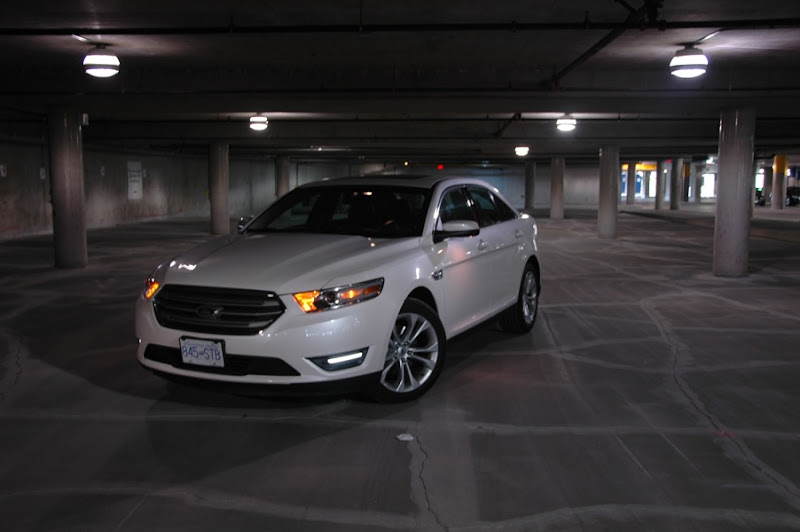 Large companies are usually not the best examples of how to do business – despite all logic.

For decades, Ford Motor Co. struggled to understand the practical definition of teamwork. There were teams of chassis engineers, suspension engineers, interior designers, exterior designers, and so forth, working on the same car separately from one another. The teams never talked to each other, delegating middlemen called “product planners” to do this for them.

The outcome of all this was an automobile designed in chunks collected by carrier pigeons.

Fords mated angled exteriors with flat interiors, mushy suspension with strong engines, and there were differing levels of quality all around.

Why not simply suggest that the bosses implement, you know, actual face-to-face collaboration? Most military commanders were given influencing jobs at Ford after their wars ended. Try telling one of those guys that their methods don’t work.

Consequently, Ford could smell bankruptcy by the late seventies. This compelled them to allow engineers to actually make one coherent car together. The result was the 1986 Taurus, the car that saved Ford.
(If found, please return to www.wailing-engine.com)
It was everything that all other American cars weren’t: aerodynamic, ergonomic, customizable, relatively powerful, and revolutionary.

The first Taurus sold like hotcakes, and with good reason: it was ‘inspired’ by the Audi 100 and the E28 BMW 5-series.

Unfortunately, old dogs are really, really stubborn: after the first Taurus, they went back to their pin-the-donkey car development strategy.

By the time third-generation Taurus development began (at the same time that the second-gen was released to the public, by the way), the old dogs aged their way out of the company and took their donkey with them.

Trouble was, the engineers had no idea what exactly made the first Taurus a hit: all they did was throw everything they had at it and hope for the best.

Unabated, they set out to make the best, most revolutionary Taurus yet – and they did, sort of.

It sold well for the first year, until the bean counters were let out of their cages. Sales dropped as promptly as the third Taurus was cheapened.

Plus, they sorta developed a transmission thing…

Because they still didn’t really know what they were doing, the next one was made less radical, in hopes that the styling was to blame. This didn’t work.

Neither did discontinuing it, since Ford’s new boss brought it back – eventually turning it into the subject of this review, the face-lifted-for-2013 model.

This generation was first introduced in 2010, riding on a cheapened Volvo S80 platform – i.e. using steel instead of aluminum – in turn benefiting from lots of Volvo structural safety tech and packaging.

As such, the interior is very roomy front and back: there are substantial cutouts in the headliner to accommodate rear-seated craniums six-feet-plus above the ground, in spite of the sloping roofline. Ford hasn’t managed to emulate Volvo’s sunroof packaging nor respective switchgear, unfortunately, which bring you tighter noggin quarters and a confusing interface, respectively.

The materials, however, are not brilliant, but wonderfully brilliant. You get soft-touch plastics everywhere, the leather seats boast a nice and soft texture, and there are even taut, sewn-on, and styled leather inserts in the door panels that both rows of seats enjoy.

The Chrysler 300 and Volkswagen Passat, for instance, have inferior materials at the same price.

Although, looking out of said interior can be a challenge: the high beltline turns the Taurus into a bunker when trying to maneuver it. As such, parking this sixth-generation Taurus is just like parking the third: an acquired taste.
(If found, please return to www.wailing-engine.com)
Once parked, you notice the surprising amount of design cues that stem directly from that very third-gen model, with only the hint-of-Acura-TL front end, wide hips, and aforementioned beltline being a true departure from the controversial late-nineties design.

Pop the hood and behold: the engine looks like an engine! The Taurus’ under-hood view is more pleasing than even some near-exotics…

The performance of this engine, though, isn’t. Just like the Maserati Quattroporte is no competitor to the Ferrari 458 Italia, the 2013 Taurus won’t be blowing any doors off an M5. That said, it doesn’t need to: this car is a cruiser, and a good one at that.

The seats are as firm-but-very-comfortable as Volvos (no coincidence there), the electric power steering is neither stiff nor numb, and the ride rivals limousines. There is a manual mode, controlled by buttons: they work surprisingly well, but levers or paddles work better.

Some torque steer is to be had if you do try to race that M5, though, further confirming that its front-wheel drive powertrain likes to take things easy, despite not being slow.

Fortunately, the fuel economy agrees: I was surprised at how rarely the Taurus beckoned me to visit gas stations during my time with it.

As before, the centerpiece of the Taurus’ facelift is the addition of the MyFord Touch system, the same one that bans tactile feedback like Turkmenistan does beards.

This time around, I got the opportunity to fully explore the now-revised system, and I’ll give it this: it is immensely capable. Bluetooth hands-free operation is seamless, even if you have an old phone. MP3 players are completely integrated; they can be browsed via the head unit just as easily as through their own interface.
(If found, please return to www.wailing-engine.com)
It can play your music via USB, auxiliary input, SD cards, component cables, Bluetooth streaming, and CD’s, in addition to AM, FM, and satellite radio. It even has Internet.

But, its crowning jewel is the voice command system. I vastly preferred using its voice controls than any tactile input, including the steering wheel controls and the touch-screen itself – it’s that good. You don’t even have to say “Sirius” first, but simply “Watercolors” or “BPM” and it’ll tune itself.

Despite the fact that the hazard light button is no longer digital, the Taurus’ new MFT mimics the same drawbacks I noticed in the Edge: save for using your voice, it’s still not driving-friendly. You must stare at a screen or touch-pad when using your fingers, else it’s impossible to know what you’re doing. Questioning yourself whether you’ve set the temperature correctly while going down a highway is not an experience to look forward to.

This winning-but-losing pattern is echoed through the entire car: the Taurus is defined by both its details and the lack of them.
(If found, please return to www.wailing-engine.com)
In the same spirit, it has LED taillamps but no xenon headlamps. The self-centering electronic turn signal stalk wants to make your life easier, but instead crushes your finger joints.

Ford’s signature numeric keyless entry pad is now an electronic genie, wafting through the b-pillar trim when you wave your hand over it. Yet, only the driver’s window has an automatic function…

It gets lots of details right, though, like integrating the sills with the doors, offering lots of storage, and giving the reading lamps the aircraft treatment.

All things considered, this is a good automobile. But you have to be careful.

Also, if you consider a fully-loaded Taurus (or worse, its fish-faced twin for ten grand more), you’re entering the realm of world-renowned luxury marques: it’s not worth it to buy a Taurus for 5-Series money.

However, if you consider a Taurus equipped like my tester, what it offers can’t be found anywhere else at this price. Then it becomes worth it. 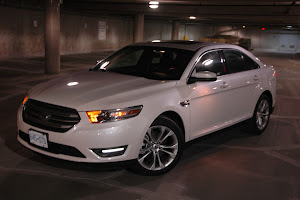 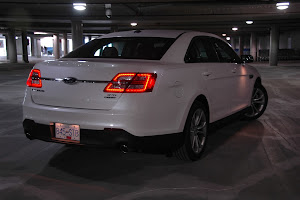 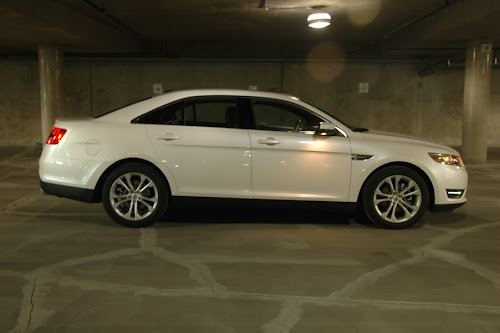 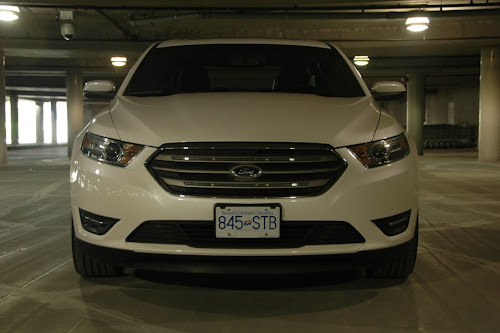 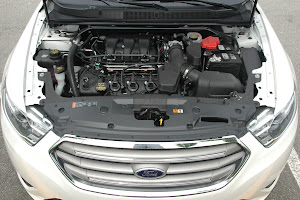 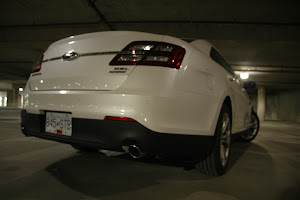 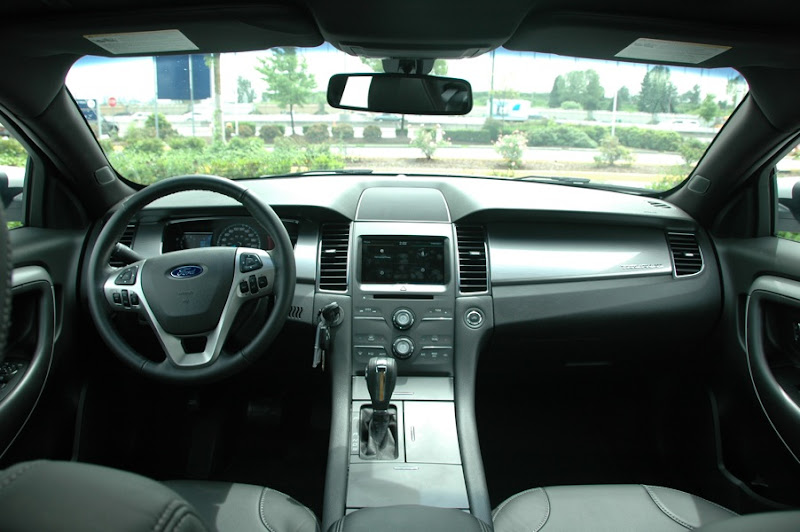 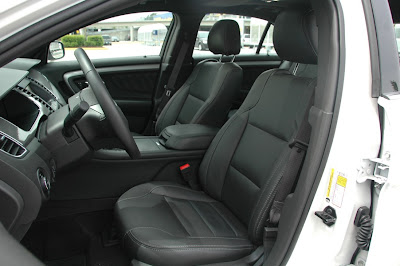 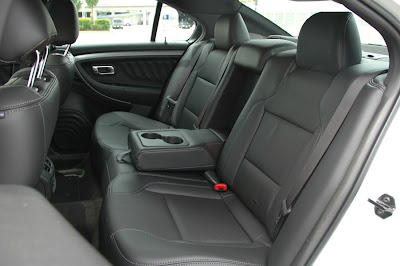 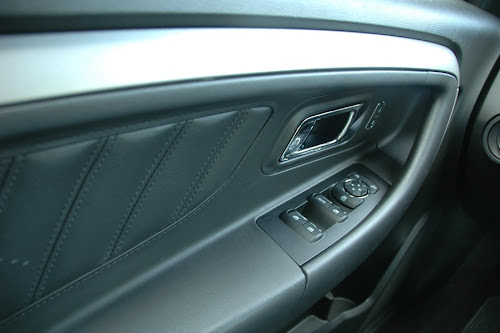 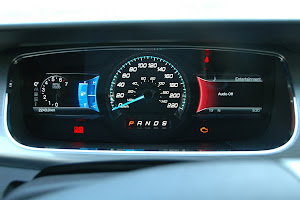 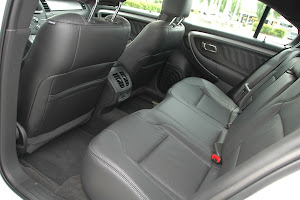 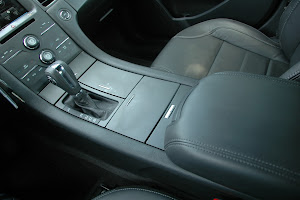 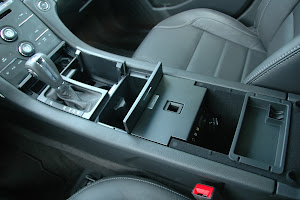 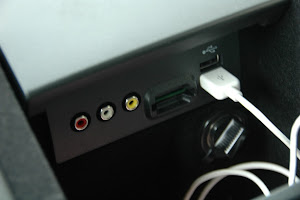 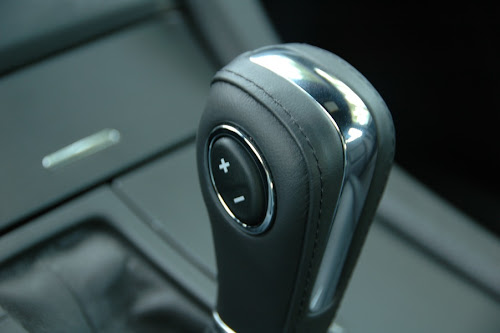 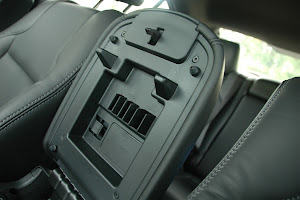 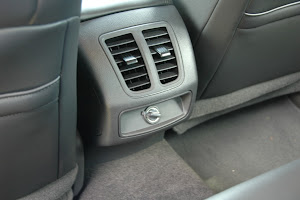 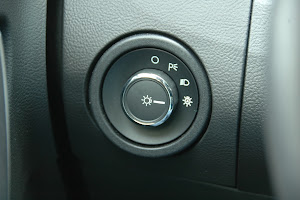 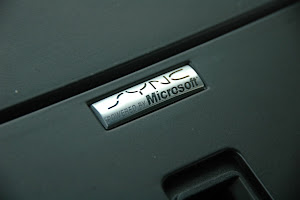 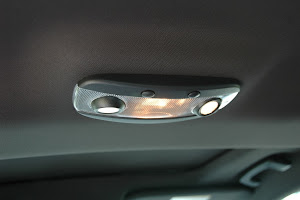 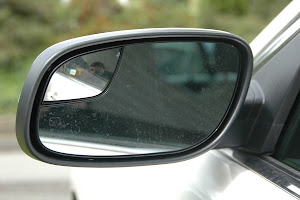 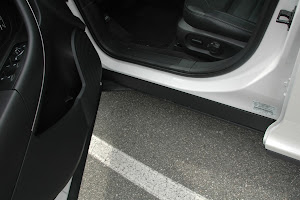 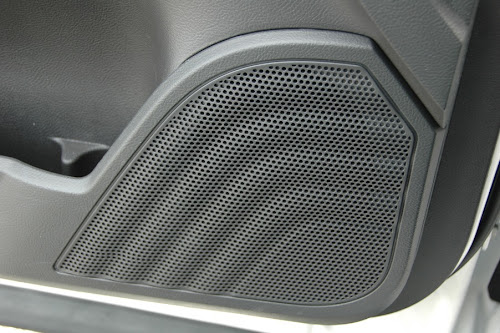 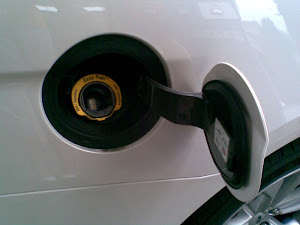 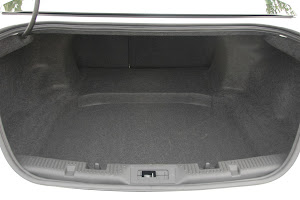 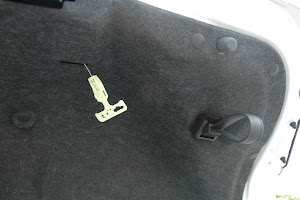