Time of the Gremlins 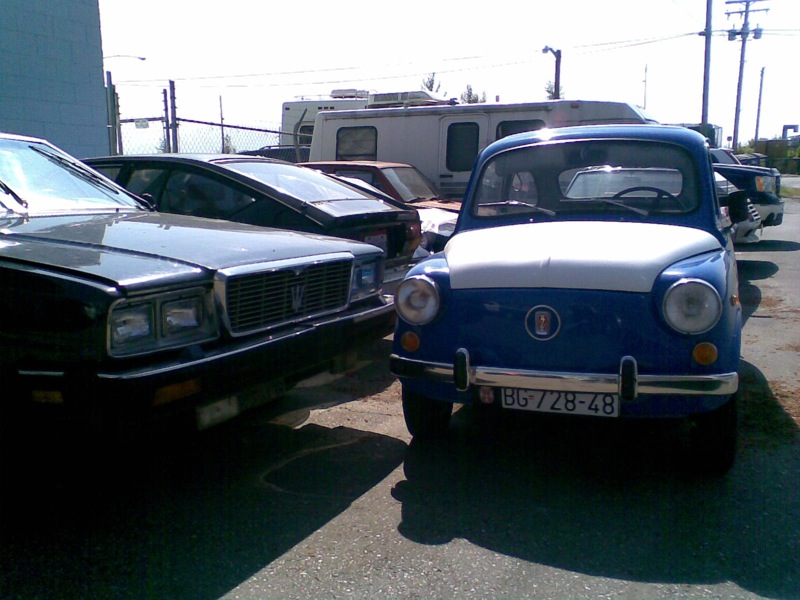 (Good company.)
I've sent my Fića to get its wiring fixed!

Last week, I arranged with the same mechanic from before to wire the Fića to an eight-fuse-box. The plan is to fix the electrics problem once and for all (and install the new handbrake cable while we're at it).

As you'd expect, driving the car to the shop is not possible, hence it had to get towed. Much to my delight, the Fića got there in a big, enclosed car trailer. But that wasn't the extent of the nice surprises...

The Maserati Quattroporte – two generations of it, in particular – is among my most favorite of cars. My mechanic got his hands on one and had it parked right out front when we arrived... 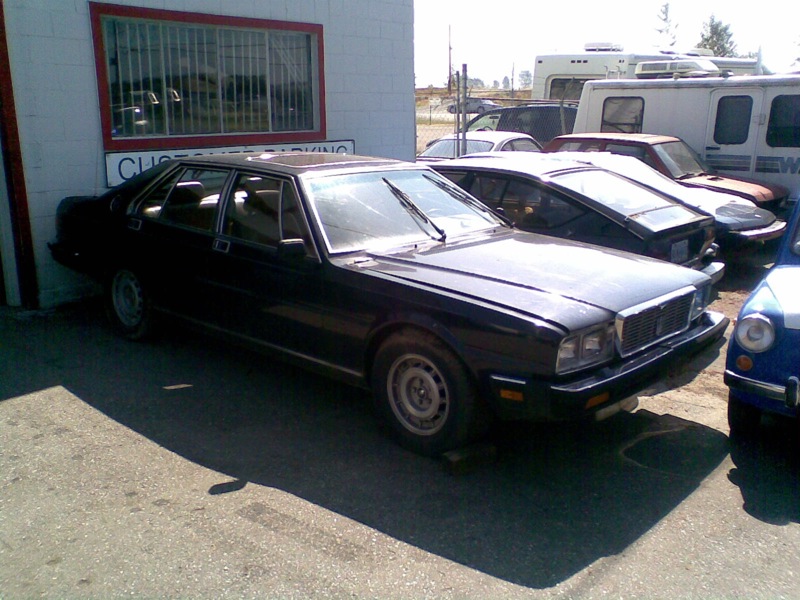 This one is a 1981 (third-generation) Quattroporte whose original owner died a couple years ago. It turned out that his widow didn't have the same automotive affection as him, so she promptly took the Maser out of its garage and placed it under a tree.

The tree eliminated all traces of its former garaged life.

At one point, she decided to sell his entire collection, entailing this Maser, a mid-nineties Porsche 911 with 15,000 original kilometers on the clock, and a nondescript Ford.

A buyer came along, who got the entire collection for $900 total.

Given that he prefers American classics, he decided to keep the Ford and sell the other two. The Porsche immediately found a buyer willing to pay five figures for it...

The Maserati also generated interest: in particular, one man wanted it for its engine. He was to remove it and put it into his hot-rod, giving the Maserati's remainder to a junkyard.

Meanwhile, my mechanic contacted the owner as well. His intentions were to restore it to factory specs, though he offered significantly less cash than hot-rod man did.

While not a European car aficionado, the owner realized the Maser's value; he, too, agreed that letting hot-rod man decide its fate would be a shame. So he sold it to my mechanic instead. 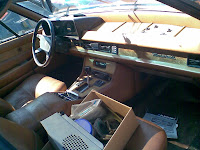 He plans to do the necessary mechanical work to get it running nicely again – also giving it a new paint job (same color) and cleaning up the interior – before using it as a daily driver for a while.