The little Saturn that couldn't 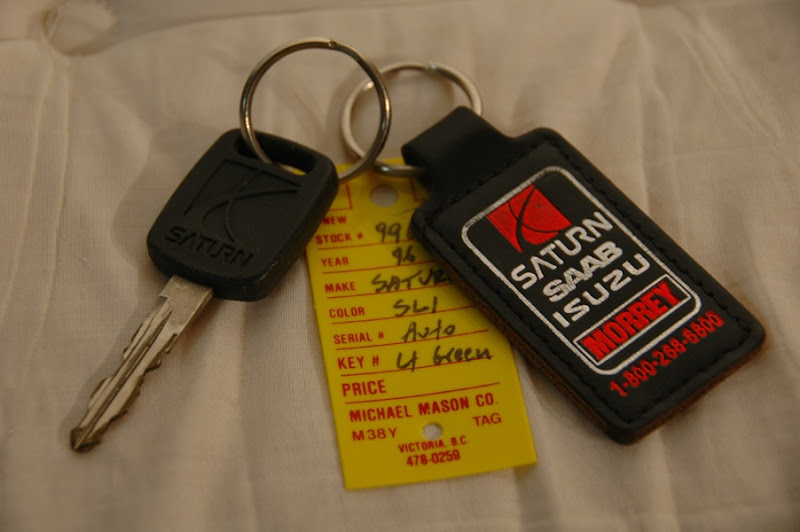 There's no such thing as a bad experience. Every experience teaches you something good – the difference being in how that teaching is executed.

You will take away something positive and useful from everything that happens to you, no matter how much difficulty it's tied to. Take for instance the onerous situation that is my Fića, post-bad-restoration.

At the end of all this, I'll basically know how to put one together blindfolded.

Nevertheless, certain "good experiences" inevitably leave their mark on you, and you seem to remember more than you learn. In that spirit, here is my automotive horror story.

Thirteen years ago, my family outgrew having one car – as such, we entered the small, economical, low-priced car market. Our goal was to find one such automobile before the ensuing school year began, so we spent that summer car-shopping.

Trouble was, this market was – and still is – incredibly saturated, especially when also taking used cars into account. Though, the fact that we wanted something that wasn't completely lifeless helped sift through the candidates...

Corollas and Civics? Too bland. Hyundais and Kias? Suicide wasn't on the shopping list.

A family friend recommended his car when he learned of our search: he was the owner of an early-nineties Saturn SL with (at the time) close to 200k on the clock. He raved on about how much abuse it could take without batting an eyelash. He recounted tales of road-trips with endless distances, stoplight drag races, and unbelievably cheap repairs. Allegedly, his particular SL was also amphibious.

Hindsight is wonderful, but untimely.

The search brought us all across town and through all sorts of cars, including one hateful Plymouth Acclaim with a polychromatic paint job: purple from some angles, blue from others.

Our automotive forage ended days before the new school year began, and with a tough decision to make. On one hand, we found a Ford dealer willing to order a brand-new Focus ZX3 for a formidable discount.

On the other hand was a four-year-old Saturn SL1, a little old lady's 50,000-kilometer Sunday driver. It was in like-new condition: no tears, stains, smells, or dents, apart from a character ding in the middle of the hood.

The color was a polychromatic "silver-green" – this should have been a sign – which is silver in person but green in the insurance papers.

It also had a cassette player, manual windows, dent-resistant plastic doors, a sport button (not kidding), and came with all its service records. And it was thousands cheaper than the new Focus.

The deciding factor boiled down to the cost of repairs – specifically, the fear of them: at the time, our main car was a third-gen Ford Taurus, the one notorious for its hiccupping transmission. Not wanting to get into another flurry of Ford transmission repair bills, we signed the dotted line in the Saturn dealership.

Foresight assured it wasn't only cheaper to buy than the Focus, but also cheaper to drive, service, and insure. It had two extra doors, and the transmission didn't seem to feel homesick whenever it got far from the service bay.

It was also wholeheartedly proven and recommended by a family friend. What could possibly go wrong?

After the "new car haze" wore off, we noticed that our SL1, a 1.9-liter, 103-horsepower compact car, rivaled our Taurus for fuel consumption: it used sixteen liters of fuel per 100km. Sixteen liters!

Since fuel bills add up, we took the SL1 to the dealer before its next service. Some hours later, they said that they "couldn't find anything" and only charged us for having looked at it.

In that case, voodoo was probably how the car's fuel economy magically improved later that day when we drove it back home.

It seemed that our little Saturn, with its dent-resistant doors, was holding up well.

Some time later, the day of the aforementioned next scheduled service came along. That afternoon, my dad received a phone call from the dealer. Expecting the words "your car's done" was naive: the words he actually heard were, "we've found something else important, and here's how much it'll cost to fix."

Better to get it over with now than to have it get worse in the future. Hands tied, we paid the hefty bill and left.

Eventually, our transmission-issue-free SL1 developed a transmission issue: there was a considerable delay between putting its automatic transmission in reverse and actually getting reverse.

And make no mistake, these bills weren't anything to cough at. Regular visits rivaled the car's own monthly payments, and 'turns out this is broken as well' bills surpassed them.

Let me put this into perspective: we now own a Volvo. Its service bills are, on average, half that of our dear ol' Saturn's.

The car wasn't all bad, though. At one of the several service visits, we received an interesting rental car for the interim: a 'harvest gold' Ford F-150 SuperCab 4x4 with a tan interior.

I'll likely never again be so happy to ride in a gold car.

The Saturn also had a horn like a freight train. The faces people made when they realized the source of their acoustic terror were priceless. It works miracles when someone cuts you off, too.

We tried to sell it privately. The phone rang once. We mentioned the horn. It didn't help.

In the end, it took three years to shake off the little parasite, which we traded for a shiny new turbocharged VW.

But our little SL1 wasn't done with us yet. Not even at the end.

The trade-in appraisal guy went out to look at the Saturn, still looking as good as when we bought it, despite everything. We, in the meantime, already began to relax in the showroom. One simple formality to go and it was finally over. No more bank account land mines. No more useless service advisors. No more surprise mechanical troubles. No more gutless engine. No more hard seats. No more license plate rattle when closing the trunk.

The guy came back. He offered us 25% of what we paid three years and 30,000km ago. And he said he was being generous because the car was so clean. We mentioned the horn. It didn't help.

"I'm sorry, but you'll just have to bite the bullet," said the VW salesman.

The right words at the right time can define a moment. These words wrote the dictionary.

I looked at our Saturn parked outside. You bastard.

We weren't deranged enough to tell him "that's too low, so we won't buy your stupid Volkswagen," hence we again signed the dotted line.

The most memorable part of those three years was timed just like the purchase itself: at the last possible second.

The last time I saw our Saturn was through the window of our new VW as we drove it off the lot. I will never forget my dad's laughter at that very moment, for as long as I live.

The key in the picture is from this actual car, kept as an omen from hell to never make the same mistake again. Pincushion voodoo dolls and shrunken heads keep it company in a special compartment in the basement.

I also used it here because we never actually took a picture of the car.

Or maybe we did – I may have blocked that part out.


There's always a silver lining: even though those Focuses ended up being reliable, it could have been much, much worse for us.

Also, the dealer that sold us the Saturn got demolished to make way for condos, and that family friend ended up buying two more of the former. Karma.