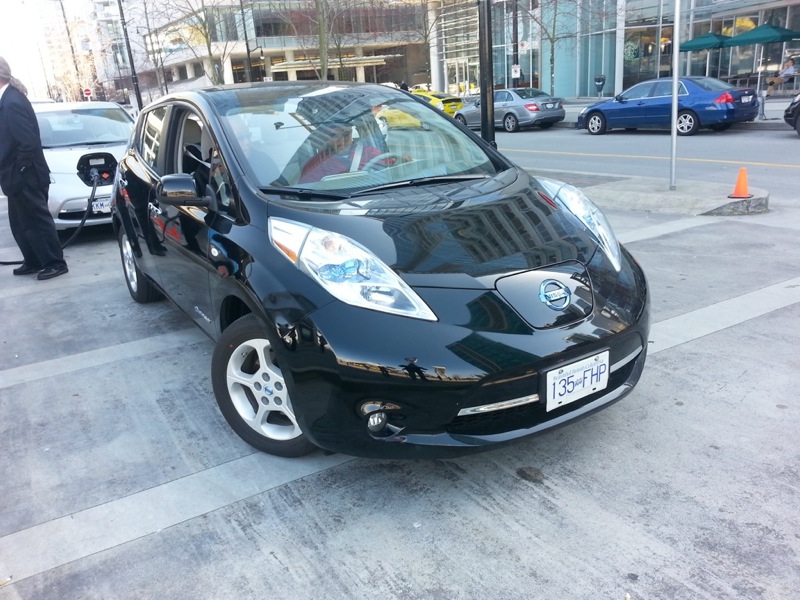 Electric cars are things that rich people buy when they're bored of their fourteen other cars, or what hemp-wearing hippies would drive if they had the money...

Also, you have to go far out of your way to own an electric car, especially since they're so slow and limited. They are also mercilessly expensive in every way but the gasoline bill.

With the keys to the parked black Leaf in hand, I got in, adjusted the seat, wheel, and mirrors – as one usually does – and pressed the start button...but nothing happened.

Silence: the same audible experience as sitting in a parked car, or trying to start one with a disconnected battery.

The Nissan rep then said, "We're ready to go!"

Actually, something did happen. The first practical difference with electric cars was just thrown like a brick at my face: no engine means no noise. Going sounds the same as not going. 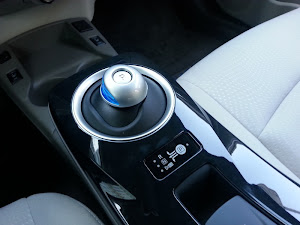 One would think that the other differences would take more precedent: range limitations, an unusual gear slider in place of a shifter, completely different gauges, or having to charge the thing – but no.

You'd be surprised at how much your own brain has associated movement with some kind of engine noise. This is precisely why you're instinctively blocked from proceeding until the brain has had a few moments' worth of processing time.

The biggest hurdle is the one inside your own head, a stubborn habit formed over years and years.

That moment when you first press the gas pedal and make the car move is when you've overcome it.

(For the record, hybrids also start like this, but the Leaf was the first one of the two I drove!) 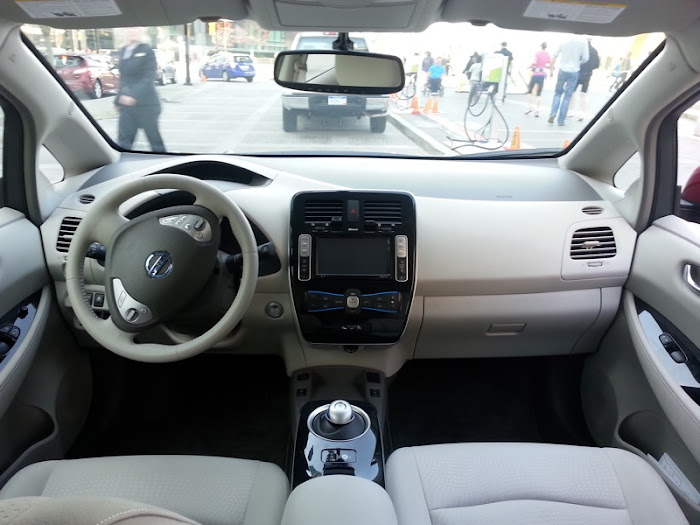 Using the Leaf is the same as using any other car, except this one doesn't have a tailpipe.

It does make that stereotypical electric car "squeeeeeee" noise when it drives along. I wonder if this would get annoying after a while, because it's as audible in the cabin as it is outside.

But these things are slow, right? Just like kids' electric jeeps? 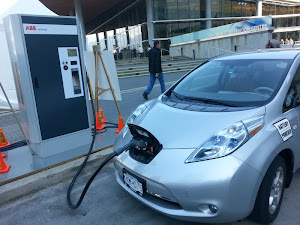 Well, electric cars enjoy all their torque instantly (no gearbox, among other witchcraft) which means you get off the line very quickly, indeed.

The reality is that you get just as much quickness as you command from the accelerator pedal: acceleration is steady and smooth.

I found myself throwing it into corners, given the confidence instilled by the quickness and steering weight. Surprised, aren't you? So was I.

It is fairly expensive, though. After the $5,000 tax credit, it's still $35k plus the cost of a home charging unit (a couple grand, but it's not mandatory).

To buy one of these, you really gotta want one.

Note: it's common for power output numbers to be misleading for electric cars. The Leaf is a shining example: it has the smallest power-to-weight ratio of the three here, but it's the fastest by far!

Just be extra careful of pedestrians. You'd be surprised at how undetectable electric cars are to people who can't directly see you..."squeeeeeee" or not. 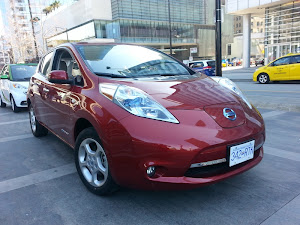 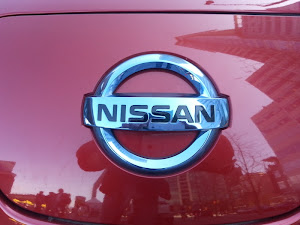 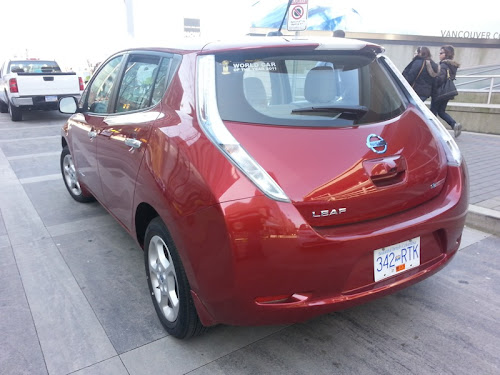 The Leaf does everything it can to make it obvious its owner has made the leap and bought an electric car: it has a funny shifter, blue badges, obvious styling...

The Focus Electric has none of that. If it weren't for the grille and badges, you likely wouldn't realize it's the electric one. If you want a normal, practical, battery-powered car that stays under the radar, this is the one for you. 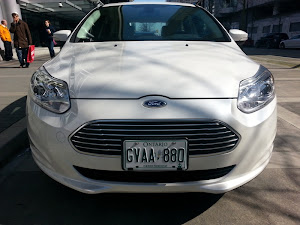 Electric cars have a habit of slowing to a stop after you've lifted off the accelerator – meaning that you can stop them without even touching the brake! The Leaf doesn't really have this (purposely done to make it feel like a regular car), but the Focus does.

Each car type has a dynamic detail that's unique: minivans ride like on marshmallows, Minis feel like go-karts, muscle cars throw power at your right foot.

Lift-off 'braking' is the electric car's dynamic "thing" and I wish it were even more noticeable.

It's also a more useful way of braking for petrol-heads... 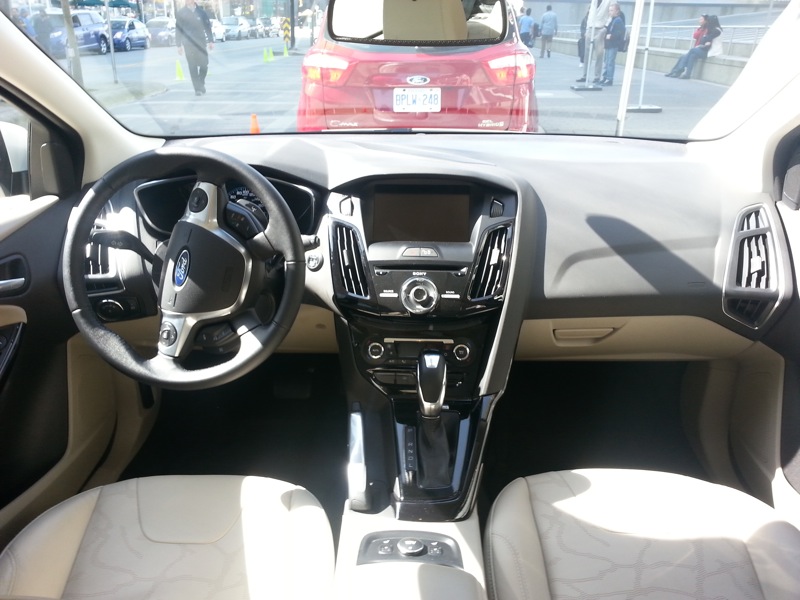 Other than that, the Focus drives like its gasoline counterpart – it's also easier to drive than a hybrid!

It has the same instrument panel as its conventional, MyFord Touch-equipped cousins. The shifter is a traditional PRND unit; it has a manual lever e-brake; the pedals have no dead spots; and there's as much space inside as in the gasoline Focus – if you ignore the big box on the trunk floor that holds the battery...

Compared to the Leaf, the Focus Electric wasn't as sprightly, though its "squeeeeeee" was more subtle.

Electric cars are like smart-phones: no instructions needed – you just take them out of the box and use them. Adjust to looking at a dashboard light in place of listening for the engine, and you're all set. 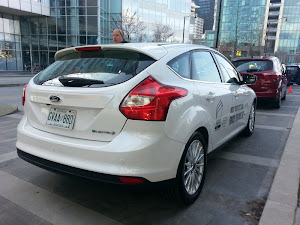 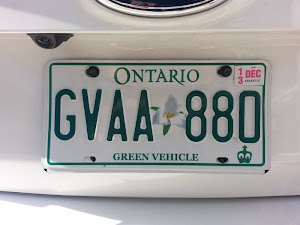 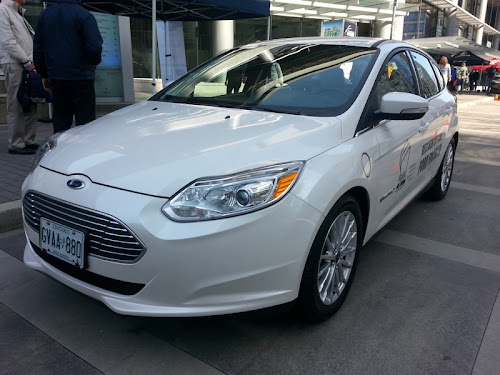 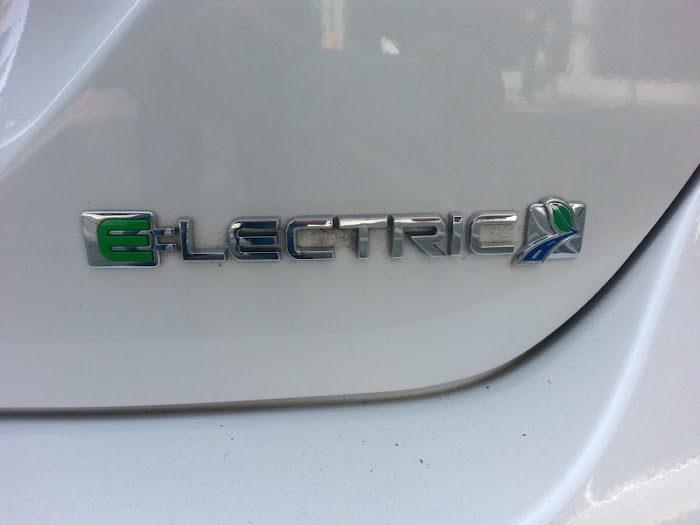 Now we come to the one that's most similar to its gasoline counterpart, yet embodies the most negative of electric car stereotypes.

The car in question is the smart fortwo electric drive, and I'll start by saying that it's better than its gasoline-powered twin.

The conventional one has an automated manual transmission that's notorious for popping eyes out of their sockets with its uncontrollably-jerky shifting.

Since the voltaic one effectively has no transmission, the conventional one's biggest problem goes right out the window. The whole car is much better for it.

Besides, everyone thinks all smarts are electric, anyways...

The entire current-driven drivetrain is packed into the space where the gasoline one was; hence, you get exactly the same cabin and cargo space, no matter the propulsion method.

It's also just as quick – or should I say, just as slow: at eleven-and-a-half seconds to 100km/h, it's the slowest of the bunch by far.

Also like its conventional brother, its steering wheel doesn't adjust at all, the seats only move back and forth (both just like my 40-year-old Fića), and its brake pedal is hinged on the floor. This last thing is particularly annoying, as it requires some awkward foot movement to stop the car. I'm well past the "L" stage – I don't want my braking to imply the contrary... Unlike what one would expect in such a small car, the pedals are rock hard! You really need to push them in order to get the car to do what you want – the gas accelerator especially, since it doesn't really start moving until you press through its threshold and floor it.

Either of these other two electric cars will give you more of a driving experience. The smart makes it very clear that it's strictly city transportation.

With the convertible top down, you have no rearward visibility – problems with visibility are rightly unexpected with a car that's not much bigger than you are.

The size question surprises further still: interior space is not a problem. Its lack of dimensions aren't at all noticed during driving – until you look behind you and notice that the car ends just centimeters beyond the tip of your nose.

The turning circle, however, is just as small as you'd expect. This smart is also dead silent – the most innocuous-looking car here is actually the most dangerous to pedestrians!

Total battery life is said to be eight years, as per the Mercedes rep, yet it's only warrantied for half of them...

Too bad we don't get what Europe gets: Europeans can buy an electric smart and rent the battery separately. If the battery dies, Mercedes simply replaces it. The car is cheaper to buy as a result, too.

So, even though regular maintenance is virtually zero, buyers here are on the hook for battery replacement if they keep the car, which itself costs thirty grand.


* * * * * * * * *
You can't live with only an electric car in your driveway: you have to own a conventional car alongside it. Well, unless you've never driven more than ~50km from your house and only go to places with charging stations...

Even so, none of these three cars are golf carts. They are real cars, ready to tackle your daily commuting duties – provided you are emotionally motivated enough to tackle the barriers to entry. A new, gasoline-powered Fiat 500 is less than fourteen grand; that extra ten-or-so thousand can buy you a lot of gasoline... 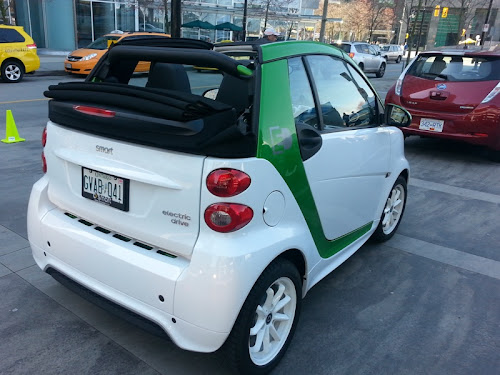 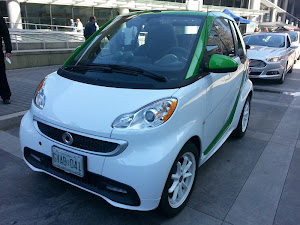 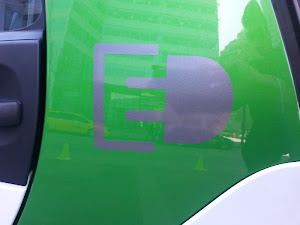