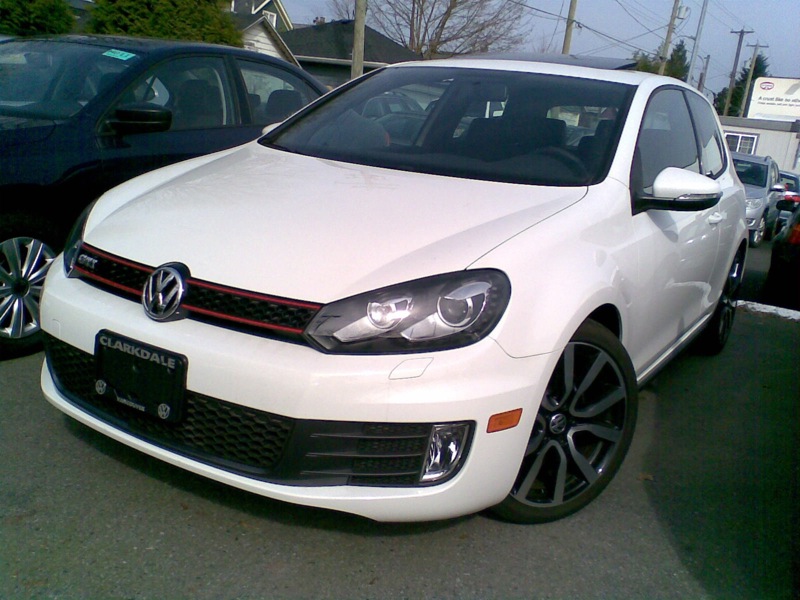 I left surprised, in a way I would never have expected.

While not nearly as much drive time as one gets with a full review, a hand-full of kilometers gives you a good idea of what a car is like, just not what it's like to live with. Below is what I got out of a couple of simple test-drives... 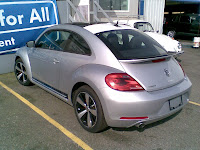 I was already excited about the un-New Beetle before I even saw one live. It does what the bubbly one didn't: make the original Beetle design contemporary yet elegant.

I jumped at the opportunity to drive it when they showed me one with the engine I'd want: the 2.0 TSI, the same engine in the GTI and a throng of Audis – also the modern version of the engine in my car.

I can confirm that all the power is there. The engine satisfies.

Visibility is also totally uncompromised, even though it might seem bunker-ish from the outside. Headroom is as plentiful as in the Golf, even with its panoramic sunroof – the fact that it opens over the top of the roof helps, too. The gauges are huge, clear, and easy to read, including the extra gauge pod on the center of the dashboard. It was also very easy to find the right driving position.

This car had Volkswagen's DSG, a twin-clutch manual transmission with an electronic brain in place of a clutch pedal. Its reason for existence is that it feels like a manual but operates like an automatic. This is true, but not how you'd expect...

When you put it in "D," it's as lethargic as a hyper-miler driving a manual-transmission car. If there was no "turbo" badge on the back, you wouldn't know one was under the hood.

Put it in "S" (sport) and you'll feel like someone who has just learned to drive stick is controlling your transmission. Shifts are somewhat jerky and engine braking is aggressive.

Slide it into manual mode and you have a choice of moving the shifter or using the paddles behind the steering wheel: the latter are clearly labelled and respond instantly to your inputs. There is no lag between your upshift and the car's, like there is with almost every single manual mode out there. When the shifts are under your control, there is no jerkiness. The experience is wonderful.

So then, the DSG satisfies only when you're controlling it manually. Clearly, you might as well just get the traditional manual instead, or the regular 2.5L with a technologically-average automatic. Either way, you'll save money and will be more satisfied.

Otherwise, the wheel and pedals felt lighter than I expected – not terribly desirable in a car meant to be sportier. It would be good to see what the manual version is like, though... 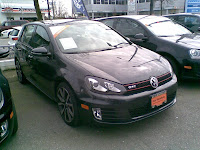 Just as I was about to pull the GTI out of its parking space, my mind flashed back to experiences driving everything from previous sporty VW's to modern BMW's – namely how in-control those cars make you feel.

I pressed the clutch and put it into gear – the shifter felt like one in a static display at a show somewhere: connected to nothing at all. I started to let go of the clutch, but didn't feel the pedal moving with my foot.

Was I just imagining lifting my foot? Pushing it back revealed that I indeed wasn't.

I slowly let go of the clutch pedal all the way, gave it gas, and turned the wheel. No effort required whatsoever for any of those actions.

Let me explain what I'm on about.

Back when there was no power steering, wheels were hard to turn and everything the car's front tires felt, you felt through the steering wheel. Sports cars with power steering retain enough of this steering 'heaviness' (i.e. needs more driver arm-effort to turn) to retain that communicative characteristic without tiring your appendages.

Comfortable cars, on the other hand prioritize, well...comfort. The heaviness is undesirable and thus eliminated. You don't know what the hell the controlling wheels are up to, but hey, your arms aren't tired. You can steer with your pinkie if you wish.

The same thing goes with the pedals and shifter: lightness eliminates both effort and awareness, a problem when you desire to modulate your inputs... Light controls feel disconnected, and make the car feel bigger than it is. Heavier controls make you feel as if the car has shrunk around you.

The point of a sporty (and manual transmission) car is to get this communication, this connection with the car, this feeling of increased agility.

So the GTI, the car that was once like this, has apparently become electronic. Not good.

Its clutch was binary: either you press it all the way in, or you just let it out and some invisible goblins prevent the engine from stalling. This takes the skill out of driving stick.

The doormat-of-a-shifter also 'clicked' into place when you put it into a gear – like a little invisible goblin hand pulling the shifter in for you the rest of the way, not trusting you to find gears yourself.

Working this GTI's drivetrain felt like riding a bicycle with training wheels.

A 2013 in the showroom had firmer pedals and a shifter without the 'click' nor feeling of detachment. Perhaps this particular one was horribly abused during its brief, 10k-kilometer life? Perhaps they changed something for 2013?

(I knew it was odd that the Beetle's controls felt heavier...)

Owners have been complaining that these GTIs have lighter controls than previous ones. This smells like the evil, concentrated byproduct of focus groups – the most hateful thing ever to happen to product planning and development.

The fact that my finger kept bumping into the "recirculate" button every time I shifted into third didn't help matters, either.

What's certain, though, is that power delivery is immediate. You ask and it gives without any vacillation.

It's also very refined – just like a Bugatti Veyron is stable enough at 400 km/h to keep a glass of water from vibrating, the GTI is composed enough to handle whatever you'll throw at it without as much as a hint of body roll. The seats hold you well, there's a surprising amount of room front and back, and finding the right driving position isn't difficult.

What's also certain is that I'm not selling: my VW is nicely-weighted. Color me surprisingly disappointed in the GTI, at least while the jury's out...

Edit: I recently had a chance to drive a brand-new GTI. The shifter in the used example featured was definitely abused and loosened up. 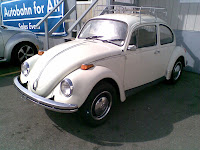 Parked at the entrance of the lot was another surprise: an early-seventies Beetle that somebody seemingly traded in! As the story goes, it was also bought new at this same dealership...

Looking at this Beetle makes the inspiration for VW's "Heritage" wheels very obvious!