The uniform makes the car 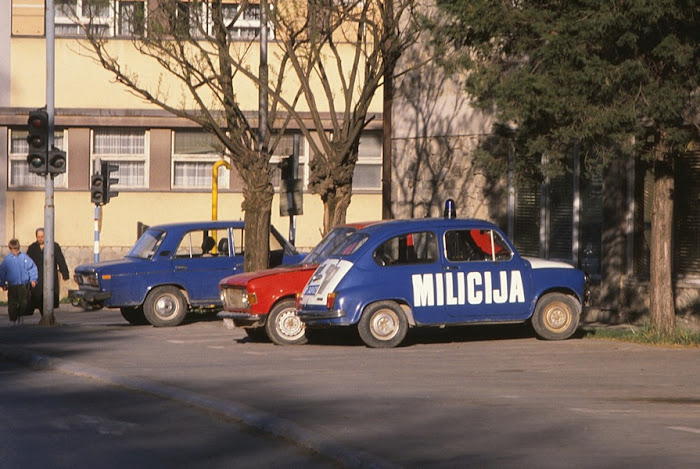 Ever wonder why I had the Fića painted in police colors, or if Fićas were ever actually used as real police cars? Wonder no more... 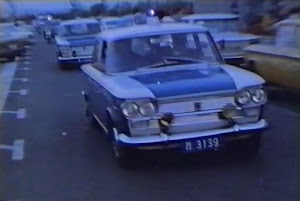 During the sixties, the main police cars of choice were Zastava 1300's, like the one I featured back in September.

The largest domestic car was the natural choice for the equivalent of contemporary North America's Crown Victoria, equipped with base-model 1300 trim but commonly with the larger 1500 engine. 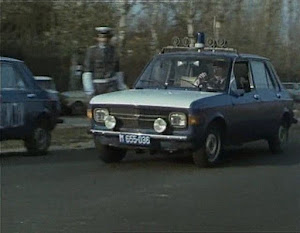 Once the seventies rolled around, Zastava upgraded the 1300's standard equipment, effectively pricing it out of the police market.

At the same time, they started production of the 101 (the Zastava-designed Fiat 128 five-door hatchback) which fit in the 1300's former price range. As such, these 101's slowly replaced the remaining 1300's in service.

Where did the Fića come in all of this? Big cities used them when it was pointless to take any of the bigger/more powerful cars, like for traffic and parking enforcement. Villages tended to have Fićas almost exclusively, since no village really needed anything more back then.

You might be thinking, what sort of police relied on small-displacement cars for their main fleet? The answer is simple: it was the style at the time.

(A) This was Europe in the seventies: dense neighborhoods and narrow streets limit your choices somewhat – if you wish not to risk being too big for the gap that the criminal you're chasing just squeezed through.

Plus, Bonnie & Clyde-style robberies never really caught on anywhere in the old continent. European delinquents were a bit more cunning than that.

(B) Yugoslavia had a low crime rate – and I mean a really low crime rate. Living in the safest place around, where most criminals used their own two feet to escape, meant that you didn't need horsepower to arrest felons.

(C) The mentality back then was different. Police officers were serious civil servants, and they didn't need fast cars to screw around in.

(D) Belgrade had a few BMW's and some powerful unmarked cars in the case that somebody attempted highway robbery... 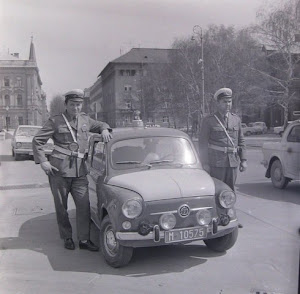 However, Fićas began to be used by police just before Zastava flipped the doors around. Hence, almost all police Fićas are of the conventional type, like mine.

For those of us from the cities, the sight of a police Fića was ironic and endearing at the same time. It was never the first car in mind when we thought of police.

It wasn't the cop chasing baddies around – it was the guard outside the passport office, with the obligatory full uniform. A police Fića is a cultural icon, squared. That's why I chose these colors.

Plus, it's much more unique this way... 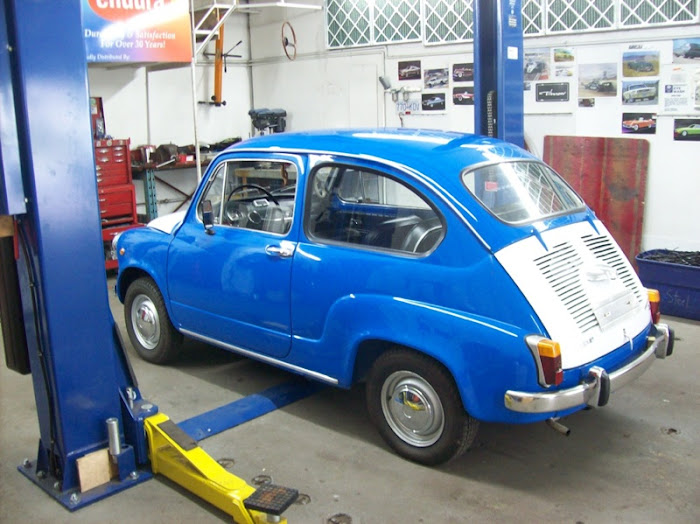