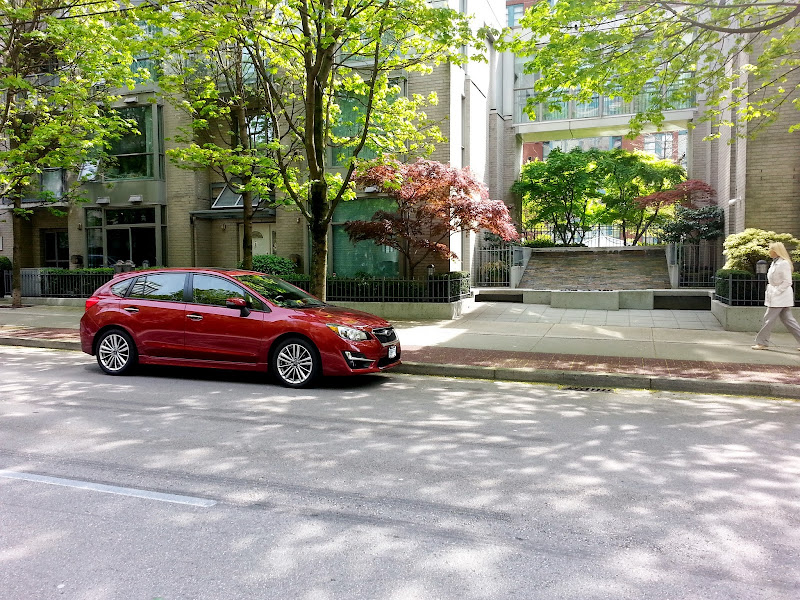 I'm merging onto the highway in my Impreza tester when a thought hits me – this car has semi-autonomous cruise control!

The bleeding edge of driving tech was at my fingertips. I'd first disappoint myself and then all of you if I didn't press this big, glowing red button...

Well, there isn't actually a big, glowing red button so much as a small army of little black ones on the steering wheel – and I had no idea which one to press.

In my defense, the existence of this feature on this particular car hadn't occurred to me until that moment, when I was on my way to return it. So, with no time to RTFM, I had to let logic take the wheel (sorry) so technology could...

On the left spoke? Audio controls – definitely not that. The row of buttons below? Pressing them didn't seem to do anything. The right spoke had some cruise control-y buttons on it...I set the speed like with any other car, and voila! The Impreza was effectively driving itself!

All I had to do was steer.

I set a maximum speed just above the flow of traffic. The car gave itself some throttle and matched the speed the SUV ahead of me was doing, keeping the following distance I specified (there are three pre-set distances).

Shortly after, the SUV lifted off. The Subaru noticed slightly later than I did, thus braking a bit harder than I would have, but it safely slowed itself down nonetheless. There's even a mini-Impreza on the instrument cluster screen showing you exactly when the brake lights come on!

Once the SUV accelerated again, the Impreza waited a touch and began to do the same – at first a little more aggressively, but it smoothed things out before reaching the correct speed. With a clear road ahead, it never exceeded my maximum by more than 1km/h – but then it lifted off immediately and corrected on its own.

The voodoo system behind all this is called EyeSight – a pair of cameras mounted above the rearview mirror used for the aforementioned adaptive cruise control, as well as pre-collision braking (think Volvo's City Safety), lane departure warning, and something called lead vehicle start alert.

About that last one: it visually and audibly tells you when the stopped car ahead of you has started moving again, since you have to manually resume autonomous cruise once the car has brought itself to a halt.

Along for the ride (sorry) in Limited models is the Starlink infotainment system, with a 7" screen, navigation with speed limit recognition, two USB ports, and a backup camera.

All of this tech is capable, easy to use, and works well.

Come to think of it, that's true of the entire car...

Driving it is, well, easy. The 2.0L boxer four and CVT combo (a manual can't be combined with EyeSight) gets the job done, and the ride is very comfortable without introducing excessive body roll – though a sports car it ain't.

Using the paddle shifters yields minimal delay. You can tell the ratios are artificial, however – the 'gears' aren't spaced as widely as real cogs would be.

The seats are as comfortable as the ride, and cabin space is good for its size. Leather surfaces are nice to the touch, and everything else is some form of inoffensive plastic. All doors open quite wide and hold themselves between detents.

Last year, maneuvering the Impreza in an urban environment was a chore. Not anymore! 2015's mild facelift brings a desperately-needed quicker steering rack to the party.

The rubberized plastic dash or recycled-feeling headliner material aren't luxurious by any stretch, but they beat any form of hard plastic by a country mile.

Those comfortable seats? The passenger's doesn't move up and down, which – combined with the standard sunroof – leaves little room for the lanky among us. Everybody needs to sit in the passenger's seat of an automobile, even the very tall...

The speakers sound like they're shared with the stripper, nineteen thousand dollar model...because they are. Speaker and tweeter upgrade kits are available as accessories – mandatory, unless you have a better aftermarket set in mind already.


YOU GET WHAT YOU PAY FOR
There are some ergonomic head-scratchers, too.

The window switches are too far back, and all but one aren't backlighted. The pedals are too far towards the center, the brake especially.

The tonneau cover has no handle (how expensive could cutting a hole have been?) and the sunvisors have an extension, but no vanity light.

There are four screens grabbing for the driver's attention – it takes a little to get used to where to find everything.

Only the front door handles have sensors for the smart key access system. To unlock all the doors with the keyfob still in your pocket, you have to use the handle on the passenger's door...

Ultimately, if you're used to more expensive cars, you'll immediately see where that extra money goes.

But we're looking at a fully-loaded runabout with the latest in active and passive safety for a $30,000 asking price. Given that none of its shortcomings ruin it in any way, I'd recommend it. 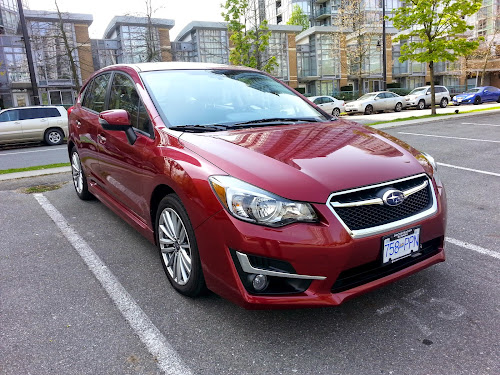 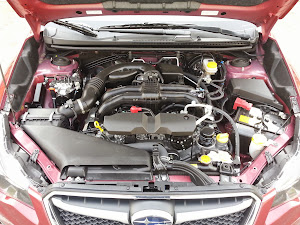 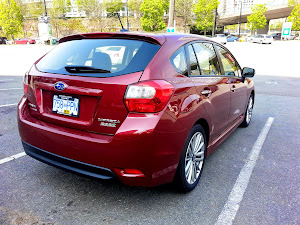 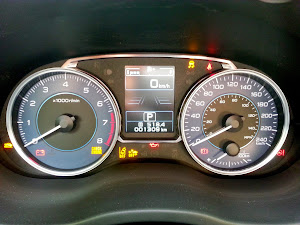 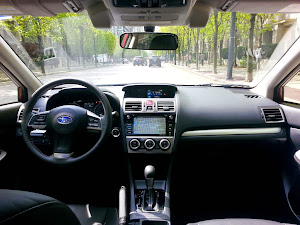 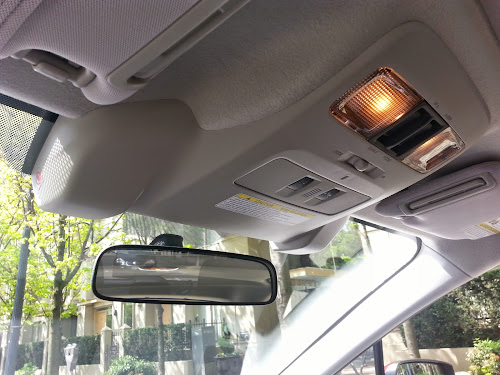 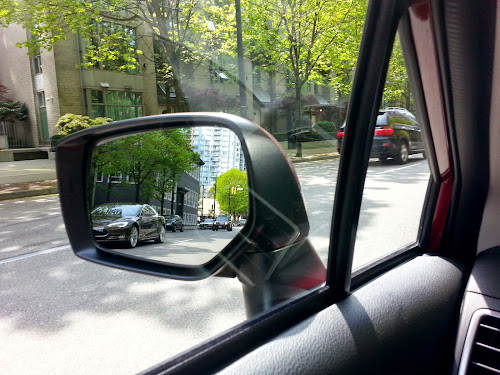 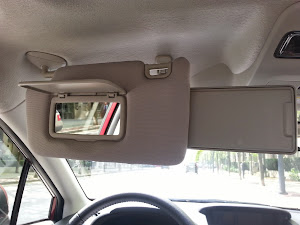 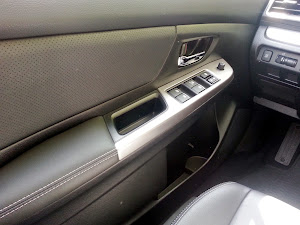 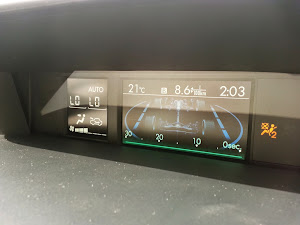 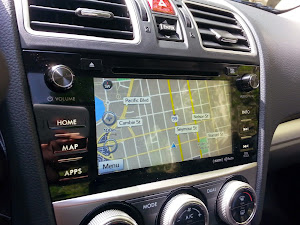 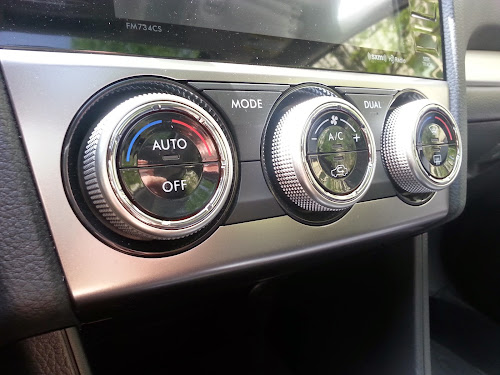 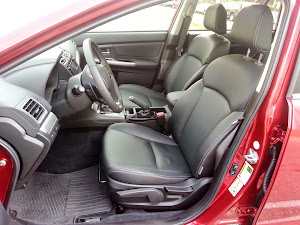 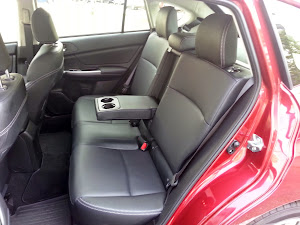 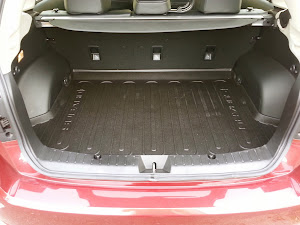