Why JDM Imports Are So Popular 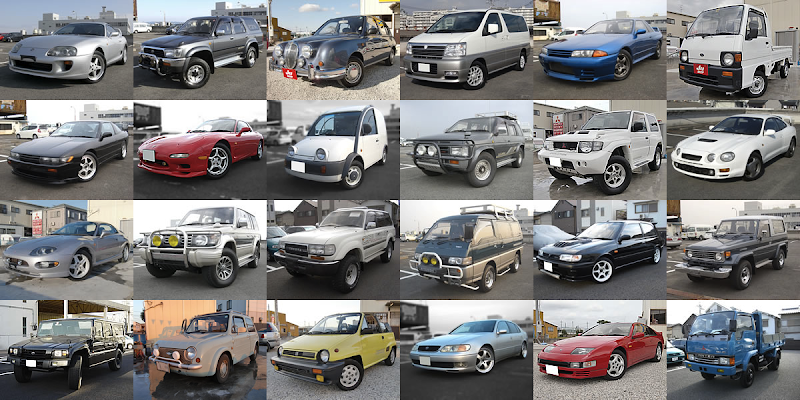 If you lived in Vancouver in the mid-2000s, this scenario will likely be familiar.

You're sitting in traffic when you suddenly notice an oddly tall cabover van in two-tone beige and brown with curtains tucked up behind the back windows and an extra mirror hanging over the tailgate. You get closer and are more weirded out to notice it's right-hand drive!

"Where did this come from??"

Fast forward a few years, and all sorts of unusual Japanese Domestic Market vehicles – ranging from those with gullwing doors to those that purposely look like a snail – have become a familiar sight on BC roads.

This is an imported car scene very different from the one featured on this site. Ever wonder why these cars became so popular?

Japan is the only country that has so much population density on so little land. Necessity is the mother of invention – they’re forced to make the most practical cars on the smallest possible footprint.

Looking for a small, roomy, reliable, efficient, 4x4 diesel manual cabover van with skylights, refrigerators, inclinometers, and curtains? It only exists in Japan.

But why, then, are there just as many RHD versions of cars we got here as there are enthusiast JDM cars?

Regardless of if it's an R34 GT-R or just a RHD Legacy, chances are it’s in fantastic condition. And I don’t mean ‘for its age’ – I mean these cars are just-out-of-the-showroom clean, and there are LOTS of them.

In Japan, the inspection/registration system is such that owning an older car is often more expensive than just buying a new car every few years. Hence, people trade up their barely-used cars often, and there's high depreciation.

Try to find, say, a 15-year-old diesel Land Cruiser anywhere else in the world that looks like it just rolled off the showroom floor...it'll quickly become clear why so many put up with RHD!

This includes things like small utility trucks never seen here, which are a dime a dozen there. Plus, anything that’s not a work vehicle typically has equipment that no equivalent here has ever seen...

So with an exclusive supply of unique cars, Japanese exporters can mark them up all day long. Right?

There simply isn’t enough space for the hoarding necessary to do this – the cars need to leave the country! So what happens when you have a market flooded with gems that have nowhere to go? Prices are laughably low.

Buying a spotless, highly-equipped JDM car and paying all the transport and import costs is much cheaper than buying something of the same year (but with less equipment and in worse condition) originally sold new in Canada.

Historically, they’ve been going to Eastern Russia, as well as RHD markets like Australia, SE Asia, and the UK. But once all the Skylines, Delicas, Hiluxes, and Pajeros became legal in Canada, people here started importing them, as well.

Unique enthusiast cars like those evangelized the aforementioned benefits, expanding the JDM import scene to include non-enthusiast buyers...

That's when it really took off.


BUT WAIT, THERE'S MORE!
In Japan, it’s considered more prestigious to own the LHD version of your European luxury car! Many Japanese buy the LHD version in Europe and ship it into Japan, in place of simply buying the same car in RHD at their local dealer.

Naturally, these LHD Euro-spec cars run into the very same obstacles that the JDM RHD stuff does. And so, we suddenly have a selection of importable LHD Euro-spec BMWs and Mercs in fantastic condition at low, low prices!