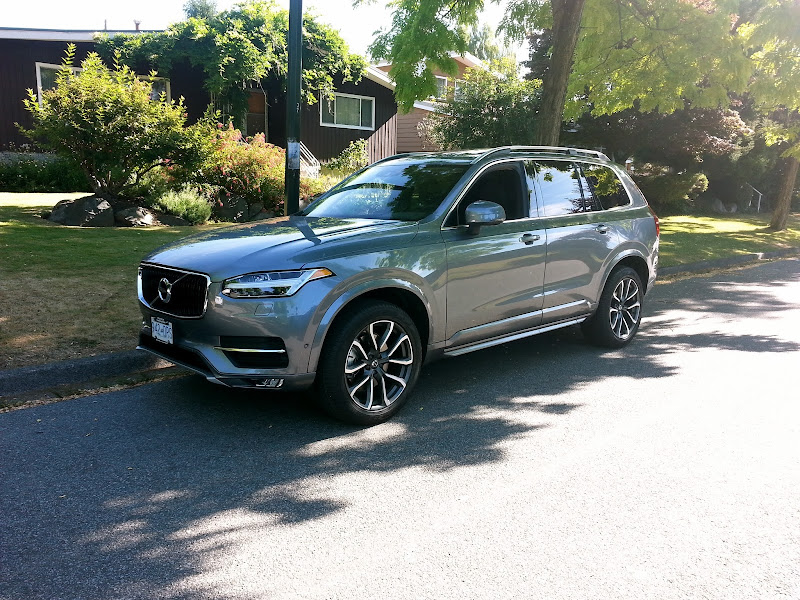 Instead of waiting to get all the details right, they rush a car into production. The more patient ones produce cars like the Audi Q7 or original Volvo XC90 – these held their own through ten and twelve-year production runs because Audi and Volvo took their time.

But this isn't always intentional: Volvo, for instance, never meant to make the XC90 for that long...

After being starved of funds by Ford and then being sold off to Chinese car giant Geely, the XC90's production run was forced into overtime by about four years. But, due to the Swedes' solid, patient efforts from twelve years ago, the biggest Volvo still held its own all those years later.

The most...uh, impactful example was how the 'aging' design aced the small-overlap crash test introduced in 2013, that many supposedly more modern SUVs either barely passed or failed altogether.

Still, this segment loves its power liftgates, big infotainment screens, panoramic sunroofs, and smart access systems, so a new, clean-sheet design was due sooner or later – and here it is.

It has some big shoes to fill.


* * * * * * * * *
It definitely has a handsome face. Pretty much identical to Volvo's concept cars of the last two years, it has full-LED headlights featuring a DRL element in the shape of what they call "Thor's Hammer." Its rectangular grille reveals a more complex profile when you give it a closer look.

The fog lights hide in the lower bumper's design, ceding center stage to the the large, bisected air intakes just above. In between, the lower air dam pushes up against the bumper in the (slightly stretched) shape of Volvo's iconic headrests.

The back is most loyal to the outgoing model, retaining its tall, vertical taillights – a stroke that's as 'Volvo' as their "Horbury shoulders" – bracketing the pleasingly retro logotype and raked rear window, crowned by a hatch spoiler.

Even though some of the more subtle trademark Volvo elements aren't as ubiquitous as before, you know exactly what you're looking at...unless you're looking at it from the side. The more dull and slab-sided silhouette waters down those iconic shoulders and makes it easy to confuse the new XC90 for a Touareg or X5.

As for the interior, any distinctiveness left there is now down to but a few modest details.

Tell the average person to draw an SUV interior and you'll soon see the new XC90's dashboard sketched on a pad of paper: lots of plain, upright, square-shaped surfaces. This unwanted dichotomy tends to happen when the interior and exterior aren't designed by the same person.

While most of the interior is consistently high-end, certain surfaces look and feel different depending on trim level – namely, the decorative trim and the upper dash and door panel material.

In 'base' Momentum trim, the latter is decent soft-touch (-ish) material – no more, no less. The former in my Momentum Plus tester, however, is cheap-feeling dark plastic wood trim out of a 2007 Chevy Impala...

"Momentum Plus" refers to the Momentum trim ordered with the Plus package: it consists of the aforementioned Thor's Hammer headlights, some interior accent lighting, and that hateful plastic wood. If you skip the Plus package and get the headlights as a stand-alone option, metal trim comes in place of that disgrace-to-trees-everywhere, and you save $800 in the process.

On the other hand, if you really need accent lighting and an interior that's nicer to the touch – or if you're simply used to the previous-gen XC90's interior – you'll appreciate the Inscription model's real, open-pore wood trim and stitched leather dashboard and door panels.

While a smart access system is standard across the board, there's no start button. Instead, a diamond-cut knob is perched behind the shift lever, twisting clockwise to start and counter-clockwise to stop the engine. It's a very cool touch and a welcome, refreshing change from the plain buttons modern cars use.

There are also two giant screens to be found – one in place of the instrument panel and another touch-capacitive one in the center stack. For better or for worse, both are standard.

The upside of an all-encompassing infotainment system is that you can customize literally every little part of what the car does and how it does it. The downside is that, like your computer, the system starts up much slower than an engine...

Seriously – it took the on-board electronics a good minute or so to boot, and the maps took more time to load on top of that! Wanna set a destination or turn down the loud music left from a previous driver right away? Not happening.

Then there's the Park Assist Pilot system, which doesn't work at all.

As you may have guessed, this is Volvo's new automatic parking system. On paper, it finds an empty parallel or perpendicular parking spot (but only on the right-hand side of the car, despite having identical sensors on its left side) and then it steers itself into it, leaving you only to work the shifter and pedals.

In practice, it can't actually detect an empty parking spot in the first place. I passed tens of perfectly-large, perfectly-empty spots before it tried to park itself on top of a grass divider with a tree on it. Another time, it chose to park itself into a stationary vehicle instead of into one of the five adjacent empty spots.

It gets worse – it chooses to 'find' a vacant space first and then ask you in which way (i.e. parallel or perpendicular) you'd like it to park!

Speaking of space, room in the front row is plentiful. The seating position feels lower than usual for an SUV, there's enough space for all your extremities, and the seats themselves are typically-Volvo comfortable.

In the back, though, my six-foot-one self brushed against the headliner. In the outgoing XC90, I'd have head space to spare if I wanted to sit in the back with a top hat on (but I don't want to).

Further back, the split tailgate of the old XC90 is gone, replaced by a typical liftgate like on literally every other SUV out there. Well, except the Range Rover and BMW X5, which have kept their split tailgates...once you've lived with one, you can't go back.

Anyway, cargo room should satisfy and the storage well behind the third row has vastly increased over the outgoing car. Third row space is still about the same, which is another way of saying it's not really for adults.

There is one thing, however, that's very different.

To make sure an engine the size of a Golf's can actually move something this big, they've fitted it with both a turbocharger and a supercharger.

Power in Dynamic mode is...adequate. The new XC90 feels lighter on its feet than the old one and power delivery is slightly more immediate than the 3.2L I6 it replaces, but how it responds to your right foot has not fundamentally changed. Neither has fuel consumption, oddly enough, despite having two cylinders less...

It's not the efficient monster that the numbers suggest.

The aural experience is definitely worse. Press the skinny pedal and – once the admittedly awesome cacophony of the super-and-turbocharger tandem doing its thing ceases – you're left with the same buzzy four-cylinder drone as in a Subaru Impreza. Not good.

I ought to make one last comparison. The outgoing XC90 was a bargain relative to its German competition, but the new one is priced to match. As such, the BMW X5 and Mercedes-Benz ML (now called GLE) have suddenly become better value.

A Momentum and Inscription cost about the same as the Merc and BMW, respectively. The Merc has Inscription equipment for Momentum money, and the BMW has an options matrix that makes it easier to get what you want...

Here's what I mean: the only way to get an XC90 with things like a compass, a power outlet in the trunk, and grocery bag hooks, is to add the $2,200 Convenience Package, which bundles them with that useless Park Assist Pilot.

The outgoing XC90 was full of them: solid-closing doors; soft, high-quality materials; storage space eked out of every possible cavity; even the sunroof switch was well thought out! While all this may seem meaningless on paper, with time it all grows on you. It's what makes you hold on to a car forever, versus desperately itching for a new one after three years.

I have an outgoing XC90 – all told, this new one feels like a step down in too many ways for something that would cost me $12,000 more than I paid for mine. The 2016 XC90 is a wonderfully competitive SUV, but because it just doesn't feel special anymore, I would never trade mine for it. 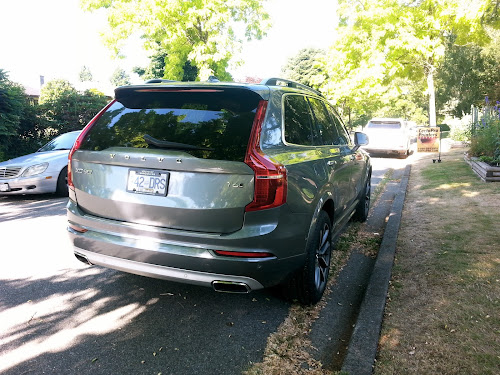 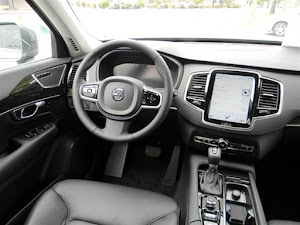 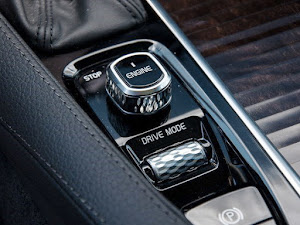