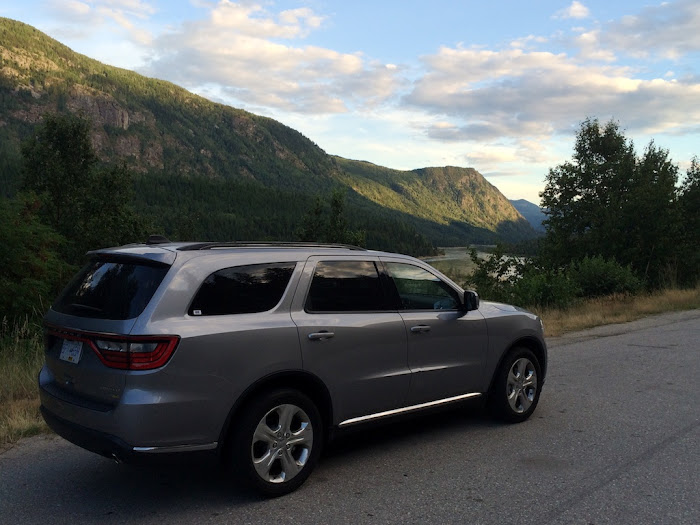 Seriously! You either feel like you're chauffeuring someone or being chauffeured, depending on where you're sitting. A quick peek under the skin and it all makes sense – this car rides on the $80,000+ Mercedes GL-class' platform.

This Chrysler product's sumptuous German roots are revealed by the interior proportions, which are the same between the two. There's enough room for six-foot adults in the third and smallest row of seats, which tells you how accommodating the other two rows are...

Cabin materials have nothing to do with Mercedes, though, but are still very good. Hard plastics only show up in forgivable places, and the base leather is quite soft. Holding the leather-wrapped steering wheel feels fantastic, as does sitting in the comfortable and well-bolstered front seats.

That actually sums up the truck's overall dynamics nicely – which is also the other giveaway.

The ride is Mercedes-plush, despite the twenties, and it's easy to drive. The Durango's electric servo is rubbery and devoid of feel, but that's OK in what's effectively a giant livery car.

Even when you don't want to play chauffeur, you'll be pleasantly surprised. It's a stable and composed handler (R/T or not) with plenty of power no matter the engine you choose...thank the ZF eight-speed for that.

Small wonder why half the auto industry is using this very transmission: it always knows exactly what it's doing. Count on it to (easily) get the most performance and fuel economy out of any engine it's bolted to.

You'll get the Hemi only because you want to.

The dashboard has gone digital, but not by too much. You choose exactly what info is where and how it's displayed on the instrument panel screen, while the Uconnect 8" touchscreen system, complete with analogue controls, is a must-have.

The way the shifter has gone digital tends to create more debate, though: it's a dial now, like a radio tuning knob but bigger.

You get used to it. It frees up some space, and the P-R-N-D detents are well-defined. It's not fun – for lack of a better word – like traditional levers are, nor it is at your fingertips like the GL's column-mounted stalk, but it works.

Too bad the same can't be said for the manual mode. It's activated and controlled by a fiddly pair of paddle shifters, which don't seem to register every input. They're also too small, having fought for back-of-the-steering-wheel real estate with Chrysler's trademark audio controls and lost.

So unlike the twice-the-money GL, the Durango has in fact been built to a price...

Wanna use the smart access system to just get something out of the back row? Not gonna happen – only the front doors have sensors. You'd like to leave your iPod plugged in and out of sight, you say? Too bad – the compartment with the USB ports has no cover whatsoever.

Despite all the space the cool "Racetrack" taillight assembly takes up, just one tiny square functions as both the brake light and turn signal. The instruction label for folding the back seat is from a Jeep SUV that went out of production five years ago, the styling is bloated, and the brake pedal is too far to the left.

Oh wait – the GL's brake pedal is the same way. So we can blame that one on Mercedes, then...

Still, the Merc is used to chauffeur people around all the time, and it's easy to see why: abundant space, plenty of power, controlled handling, and a truly plush ride.

But if you don't mind how the rest is executed, you can spend half the money and still get all that. This is an easy choice to make, and one I'd recommend. 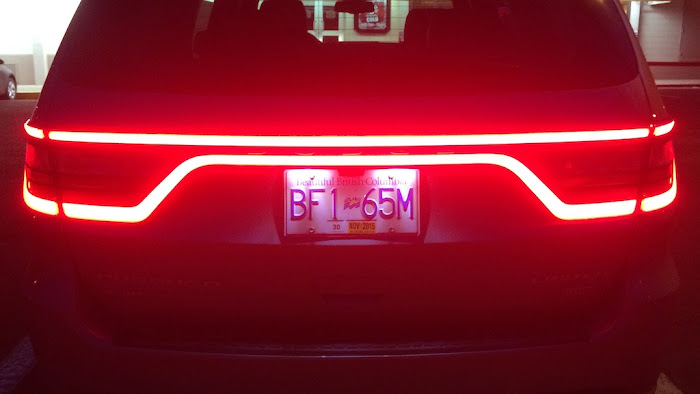 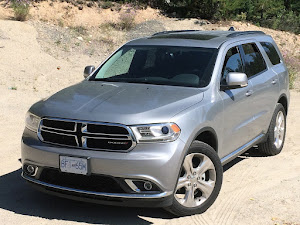 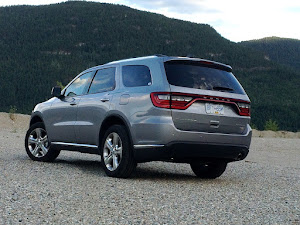 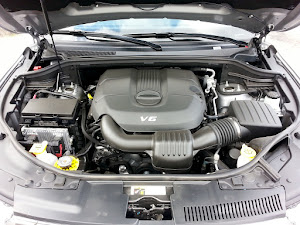 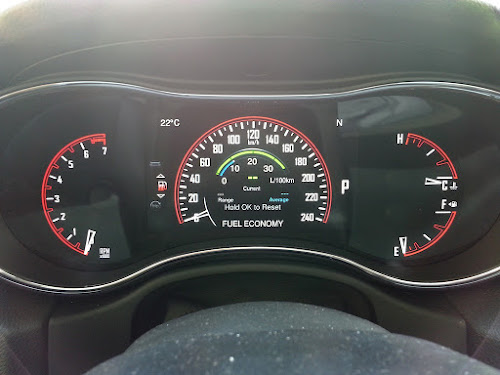 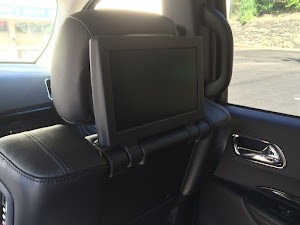 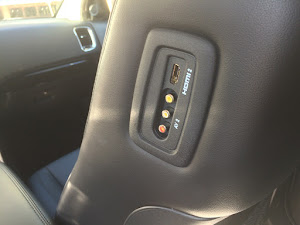 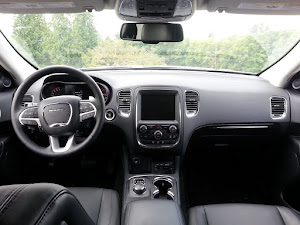 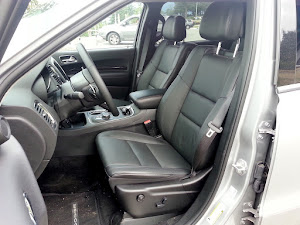 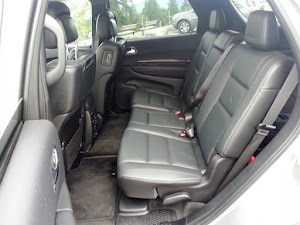 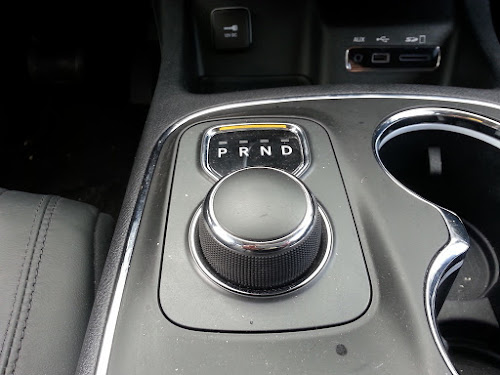 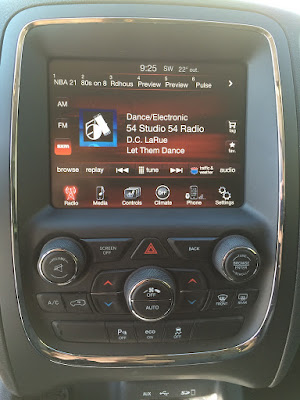 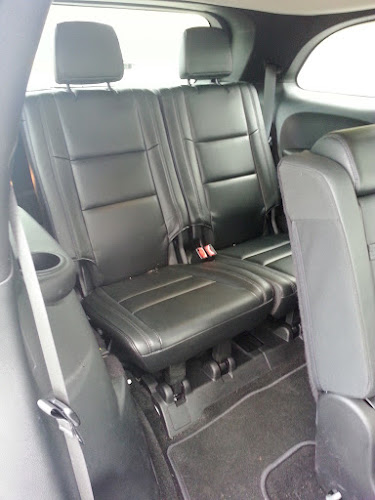 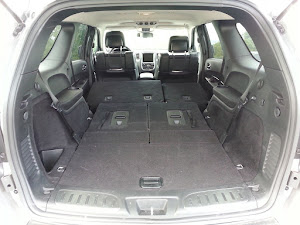 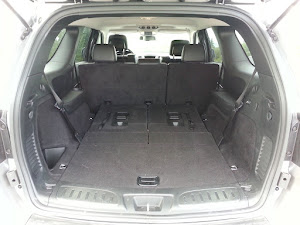 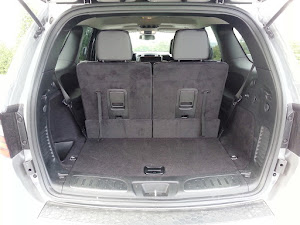 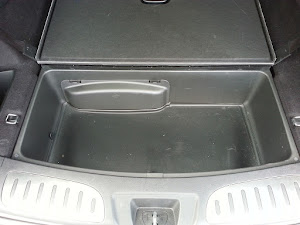