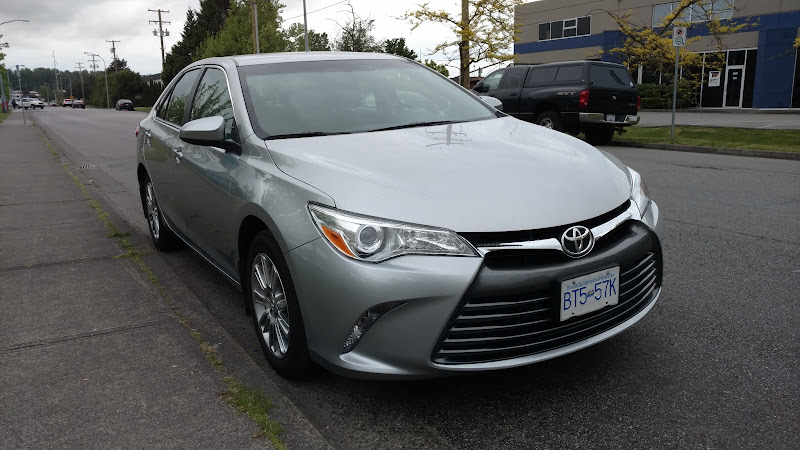 After just two years, Toyota decided to drastically re-style the current Camry, supposedly to make it seem more fun. I don't see the point – why change what your washing machine looks like when people only care that it works?

Once upon a time – and perhaps accidentally – the Toyota Camry was actually a rather interesting car. It looked more contemporary than generic, was built like a Land Cruiser, and could even be considered fun to drive. A 'Camry buyer' was a somewhat quirky person who knew something you didn't.

But for whatever reason, the Camry let itself go, slipping into the novocained bliss of appliancehood, and grabbing all the plentiful, low-hanging fruit that comes with that. The owner stereotype changed to the biological equivalent of a plastic bottle cap.

I'll be honest – there is fun in thrashing a car that does everything to keep you from giving even the smallest of damns about it...but I don't think that's what Toyota had in mind with their 'radical' new styling.

Let's dive right into what the car is like.

It's comfortable – because of course it is – and there's exactly as much body roll as that implies. You won't need more power than the four-banger offers, and it's incredibly easy to drive, park, and see out of.

There's plenty of space everywhere, and the interior is basic, but satisfactory. The interior in its little bro, the Corolla, awkwardly tries to be upscale with unashamedly fake dashboard stitching. None of that crap in here (mercifully). It's even easy to find a good driving position, especially with my tester's power seat.

On the other hand, the infotainment system will freeze your USB-connected iPod if you scroll through tracks too fast, and both the car and its driver would benefit from more sound insulation and better tires. Also, while the front clip looks kinda cool, the entire back half of the vehicle is so generic, it's ugly.

That's not a long list of faults. But then, nothing's gonna go wrong when there's nothing going on in the first place...

I can honestly see the appeal in that. It's a decent car, cheap to buy, cheap to run, and I respect it. However – the only way it'll get noticed is if the driver leaves the high-beams on. Would I really choose that over literally anything that's actually more fun?

I forgot to take more photos of the car – that says it all.