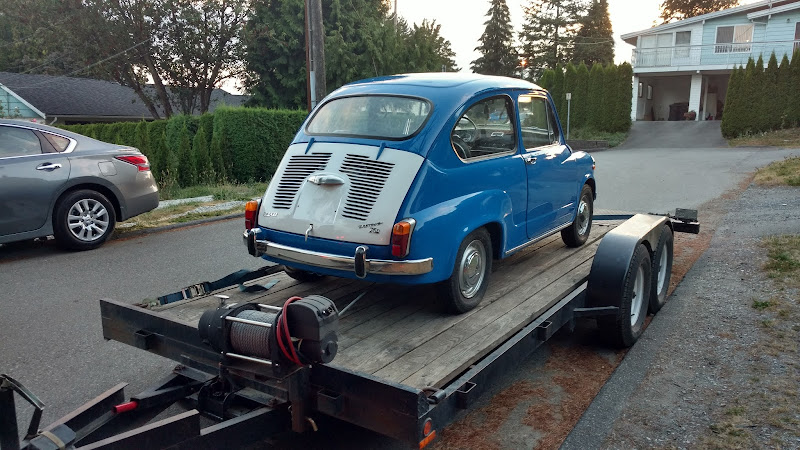 So this just happened – after much schedule-juggling, the Fića is off to my mechanic. This should be the last major repair before the car is fully driveable and reliable, like it should've been at the start.

Seeing as it was borderline dangerous to drive when I last parked it, we arranged a tow. The plan, however, is to drive it back to my house once the repairs are done.

How may I be so bold, you ask? Well, ever since the electrics were sorted, the engine somehow went from having a mind of its own, to having consistent and repeatable problems, making things much easier to tackle. Oh, I've also decided to throw some new parts at it in lieu of waiting to figure out the exact cause. That should save everyone quite some time.

Namely, with the car when it left was a set of new spark plugs, a new water pump, and a carburetor rebuild kit, along with a new water pump (an unrelated fix that was also due).

The plan is to clean out the entire fuel system, rebuild the carb, and install all the new parts. At that point, we'll see if that solves the problems, or if there's more stuff to be done before it comes back home. 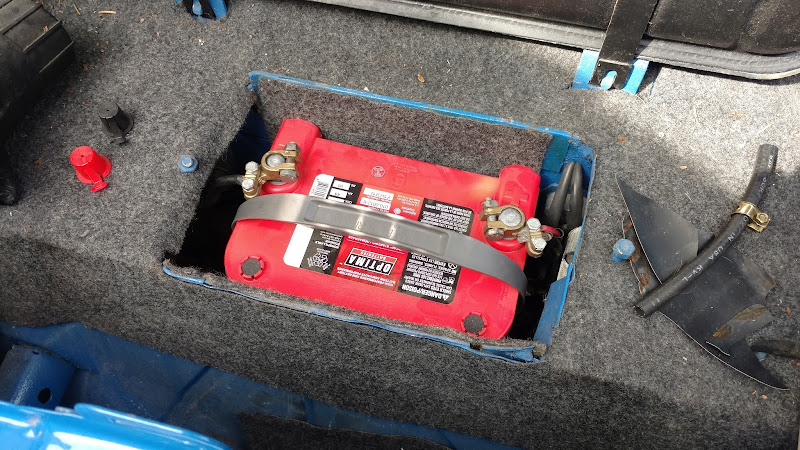 Possibly related – turns out that the battery I bought at its last visit was defective! My mechanic is buying it back, and I've replaced it with an Optima Red Top (above), basically the best battery out there for cars like this. Immediately, the car started cranking better than ever before... Still didn't start, though.