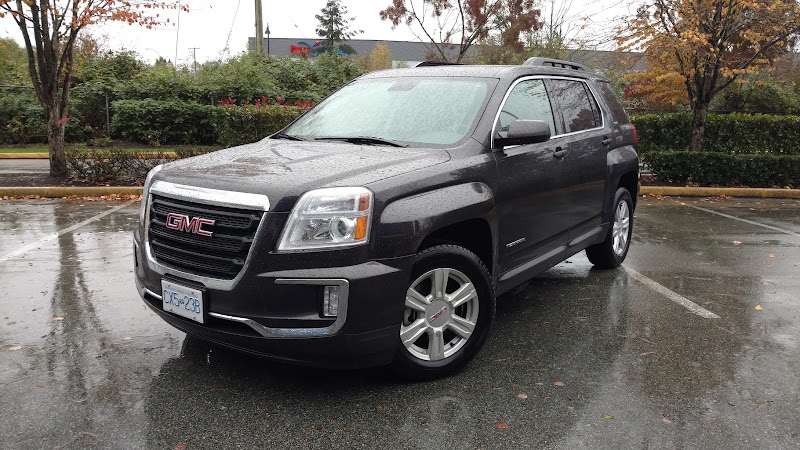 There are cars that surprise you, cars that for whatever reason, you expect to be bad, but they end up being very good. They get under your skin more with every minute behind the wheel. You recommend them to everybody who will listen. You think of any excuse to buy one yourself.

The GMC Terrain is not one of those cars.

It was introduced for 2010 as a re-bodied version of the Chevy Equinox, and was facelifted for 2016, which is the version I'm driving here.

Let's start with the positives.

The seats are comfortable, and both rows offer generous space. The Pioneer speakers fitted to my SLE-2 tester sound great, the interior materials are quite decent...and that's about it.

The four-cylinder engine's two primary functions are making noise, and swilling gasoline like it's a V6. Power delivery sits at a distant third. And while the automatic works pretty well in "D", slotting it into "M" will make you want to kill yourself...

First, it inexplicably downshifts whenever you enter manual mode. Second, actually shifting gears – done only via the button on top of the shifter itself – is so physically awkward, you'll think the next step is to strap a red ball over your mouth.

The car is, admittedly, easy to drive – if you ignore the huge blind spots the needlessly-thick pillars create. The FWD version will spin its tires in the rain with traction control on. The steering is soft, rubbery, and completely devoid of any feedback whatsoever.

Like looking at your college roommate's bed with a blacklight, there are traces of carelessness all over this car. The tiny climate controls are bunched together and hard to read, the backup camera is of low quality (at least it has active guidance lines), the passenger's seat doesn't adjust for height, and the trunk is small for its size.

Even GM's IntelliLink infotainment system cuts checks its shiny screen can't cash. It won't recognize your iPod via USB, for instance, when basically every other system will. Or, important control tiles are placed at the top of the screen, right up against the plastic anti-glare hood – in other words, they're in the most hard-to-reach spot possible.

The ethos of this car is that it's just good enough to sway people who won't look at anything else. Shop around even a little bit, however, and you'll find better options basically anywhere else.

I should mention the above statement ignores the price which, at just over thirty grand, is way too much for what you get. Buy an Escape, CX5, CR-V, maybe even a used GLK...but don't pay real money for a Terrain. 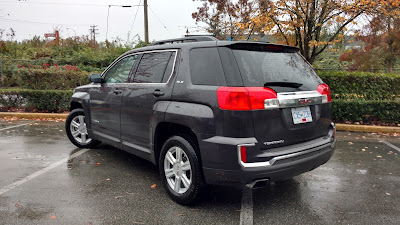 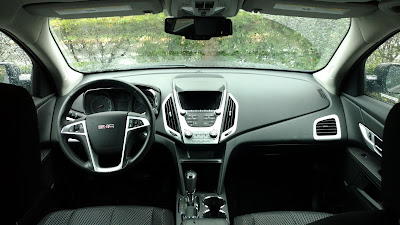