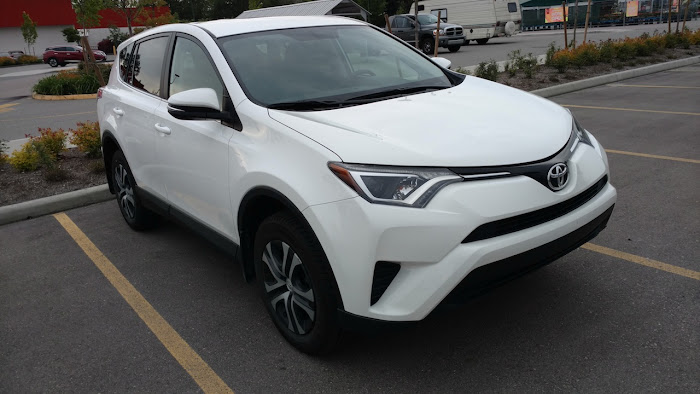 It looks more interesting than it actually is.

If you've ever driven any generic, mass-produced Toyota, you'll already know what the RAV4 is like. It rides the same, handles the same, smells the same, and sounds the same as any Camry or Corolla. This one just comes in a compact SUV format.

Two things surprised me. The first was how much room there is in the cabin – the trunk is pretty sizeable, and the rest of the cabin moreso.

The second was the amount of power – it has no problem getting up to speed, feeling faster than the quoted 0-100km/h time! Sport mode actually does something as well, noticeably waking up the car when you press that button (Eco mode is equally functional).

What it lacks is some pretty elementary stuff.

It feels wider than it is, and it's very difficult to judge where its corners are – the otherwise average visibility is made worse because of this, despite the generously-sized mirrors.

It'll hydroplane and get pushed around by crosswinds easily (probably due to its lack of weight, but it ultimately doesn't matter), and sound insulation is lacking. Lastly, the cabin ergonomics are pretty terrible – important controls aren't backlighted, and their placement is poor.

The RAV4 is what you buy when you just want to get buying a car over with, so you never have to think about the car or the process ever again. It's competent in the lowest-effort way possible.

Would I buy it? I prefer when a car tries to 'wow' me, so I'd buy a used GLK for the same money. If it's gotta be a new car, the Mazda CX-5 (sportier) or Subaru Outback (bigger) cost the same, so get one of those instead.

The photo subject is a 2016 LE. The 2017 LE gained a standard roof rack and touchscreen infotainment system; otherwise, they're identical. 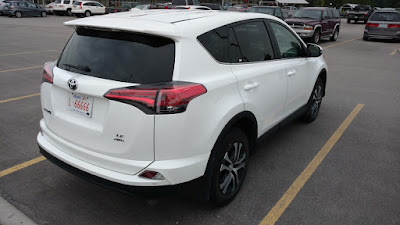 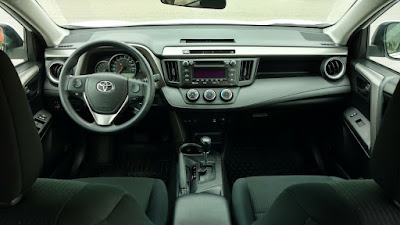