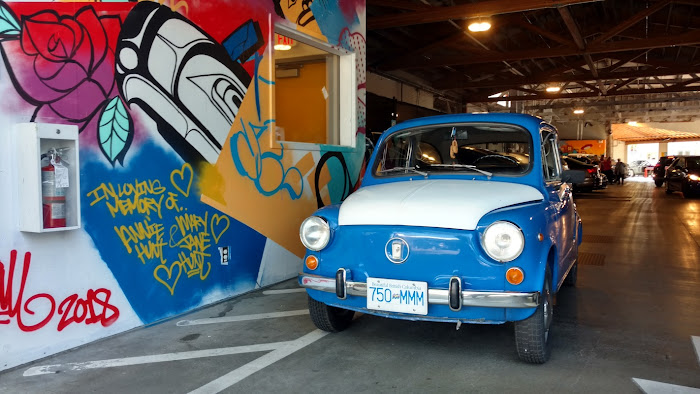 Back at the end of July last year began the second official driving season for my perpetually-broken little bastard. With some long-awaited new parts and repair work having been done, the plan was to drive it as much as possible, and discover if there was any more work to do. And after four months of regular driving, it turned out that...yes, we have more work to do.

But first, let me go over some good news.

I've managed to pinpoint the oil leaks! There's about four or five spots in total, three or four of which are seemingly along the crankcase gasket, where engine oil constantly weeps out.

The upside of a leak is that it makes it really easy to see the condition of the oil itself. In this case, it was so dirty, it was blacker than night itself, so out it went in favor of fresh, high-quality classic car motor oil. It'll even get its next oil change early, just to flush out any possible remaining contaminants.

However, I found that one of those four or five spots is actually oil leaking from the transmission (technically, it's a transaxle in this car, but still). The stuff coming out of there was similarly dirty, so the transmission got an oil change, too.

But unlike the engine oil drain plug that was (eventually) possible to break loose, someone in the past was adamant to overtorque the transmission oil drain plug...so much so that it's in there for good, until I can put the car on a lift and throw an extra-long breaker bar at it.

How, you ask, did I change the transmission oil when the drain plug can't be removed? Well, given that I couldn't drain the old oil out, I manually pumped it out instead...

To be completely truthful, I only managed to pump out a third of the fluid. I spent way too long trying to get at the remaining two-thirds before I realized that it had actually dripped out long ago, between now and the moment when it left the shipping container.

Fun for all involved.

However, topping the Fića's transaxle up with brand new, trucker-grade gear oil told me two things: (1) low oil was the sole reason why the gears grinded, and (2) the gearbox is actually really smooth and satisfying to shift when it doesn't have two-thirds of its fluid missing...and, as long as I top the fluid up about every two weeks, it'll stay that way!

With fresh fluids in its explody and helical-toothed insides, I decided to let it tackle the North American freeway for its first time, ever. It happily screamed away all morning at 130km/h in fourth gear – it has no fifth, though I think half of Metro Vancouver could hear why an extra cog would have been beneficial. 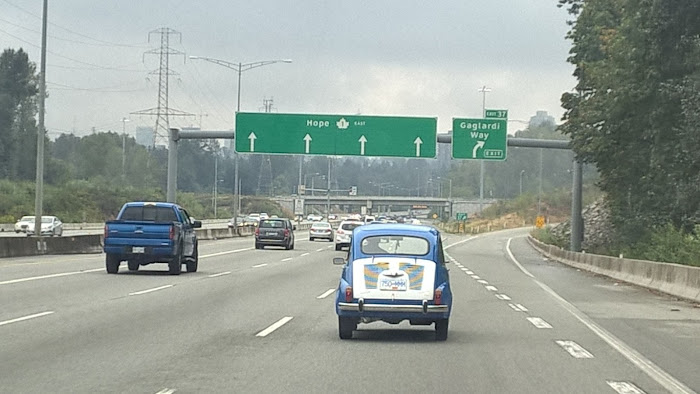 I still haven't figured out why it uses a ridiculous amount of fuel – consumption started to go down as I drove it, before it shot right back up to double what its rating is. I suspect that may be related to something that developed during the driving season...

So my goal was to drive it every single weekend, and that's what I did. For the first month or so, everything really was fine. It had plenty of power (or at least all that it was supposed to have), never overheated, never 'ran out of breath', sounded right, and started every time.

After a little while, though, it began having difficulty starting first thing – particularly handy when it had to make a 9AM car show on a cold, rainy morning.

Say you decide to take the car out on a drive today – the only way it'll fire up now is via an extended push-start. The engine will make a steam train chugging noise while the external horsepower does its thing. Once the engine finally awakens, it'll idle unevenly for several minutes before things go back to normal.

But I really mean back to normal: it'll fire right up (using the key!) every single time for the rest of the day.

Tomorrow, though, we'll be back to square one. The ritual repeats every day, in perpetuity. 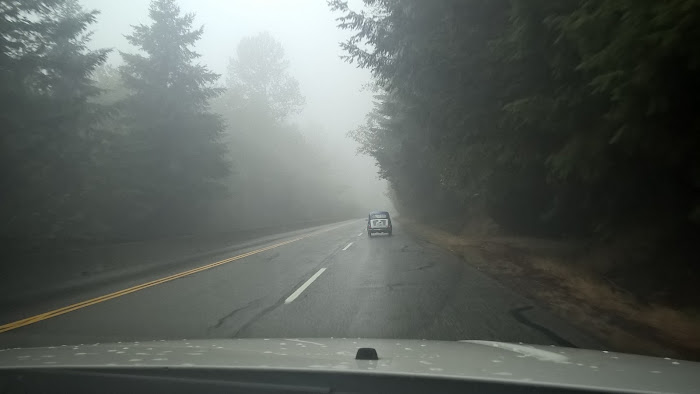 Notice how I didn't say it does something different every time. That's the sole reason why this situation actually makes me happy – for once, the problem is 100% repeatable. Should make figuring this out a breeze, assuming I haven't just jinxed myself by saying that out loud.

Some quick online diagnosis reveals that this could be due to burnt valves, which means the car will stay parked until it can be repaired. Both I and my driveway would be even happier if that problem can be solved together with the oil leaks.

But despite the fact that it needs repair yet again, I'm satisfied.

The car still has less problems than last time. It conquered the entire city in one driving season, from industrial areas, to beaches, urban cores, hilly suburban neighborhoods, and everything in between. It eagerly made its way through rush hour congestion, kept up with traffic on Highway 1, and confidently powered its way up a foggy Cypress Mountain.

Best of all, it has a full gallery of postcard pics to show for it! 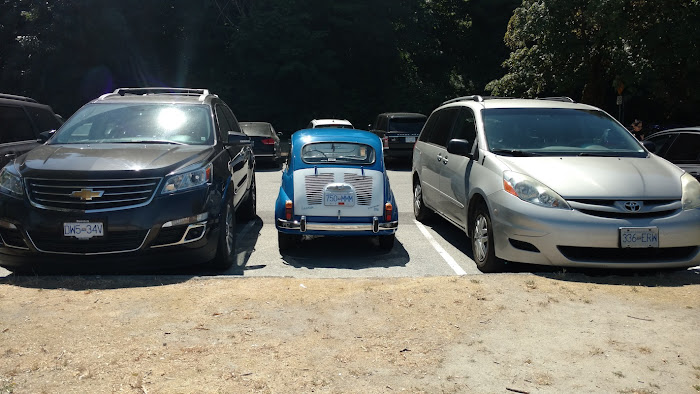 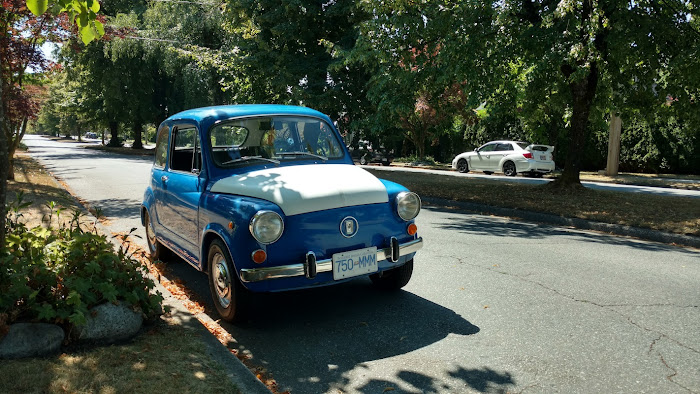 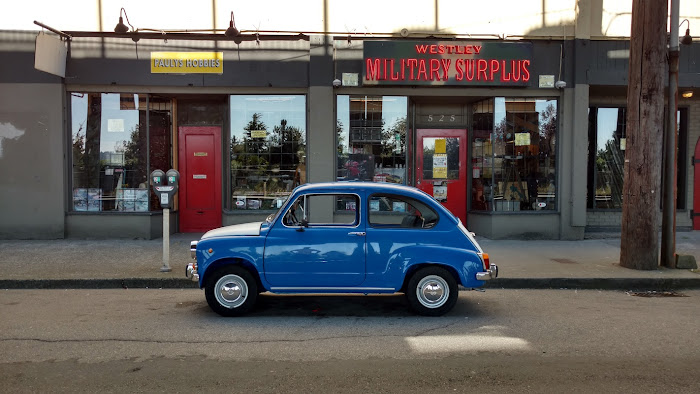 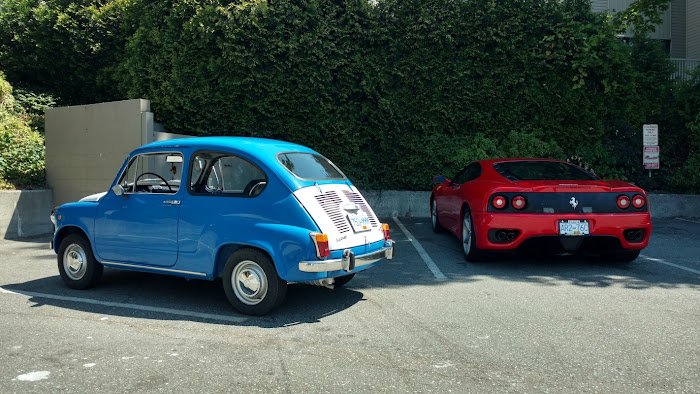 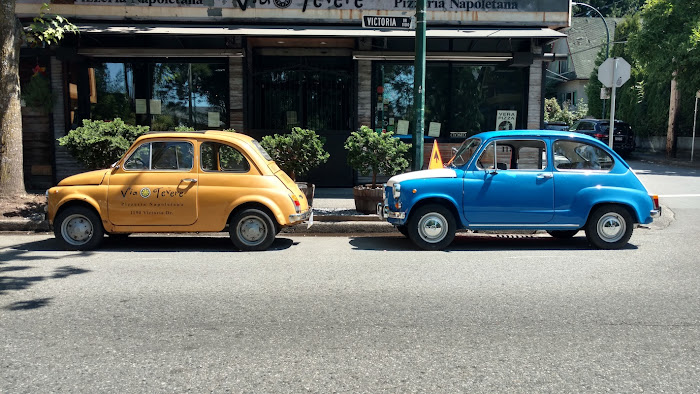 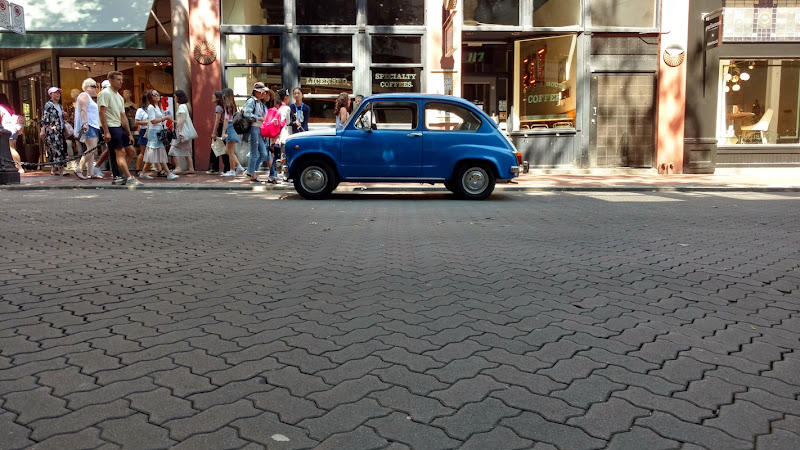 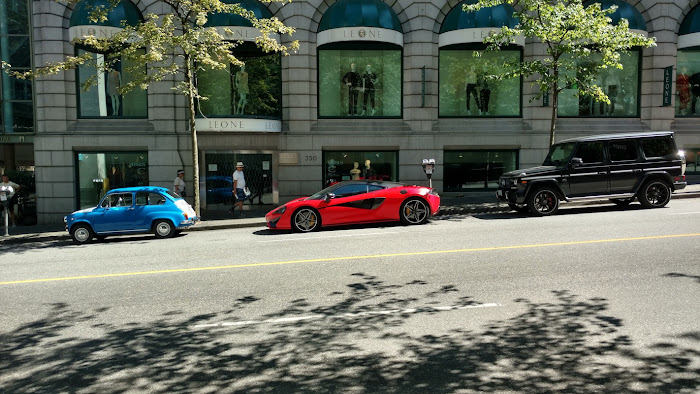 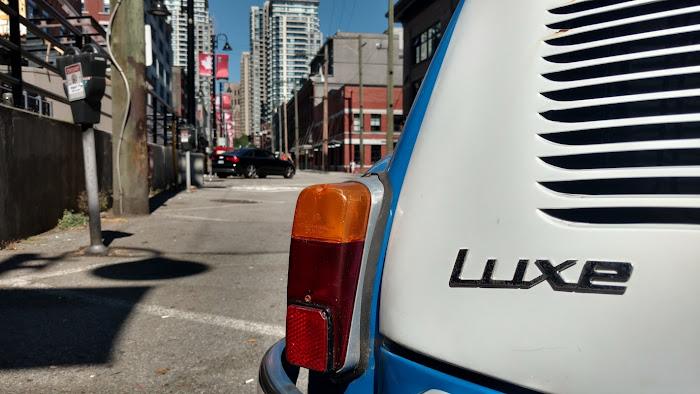 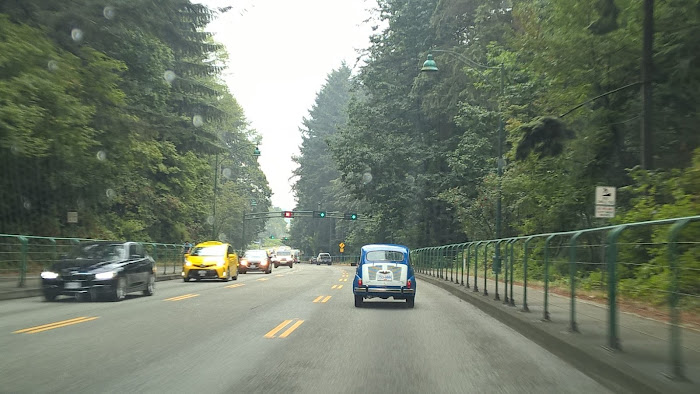 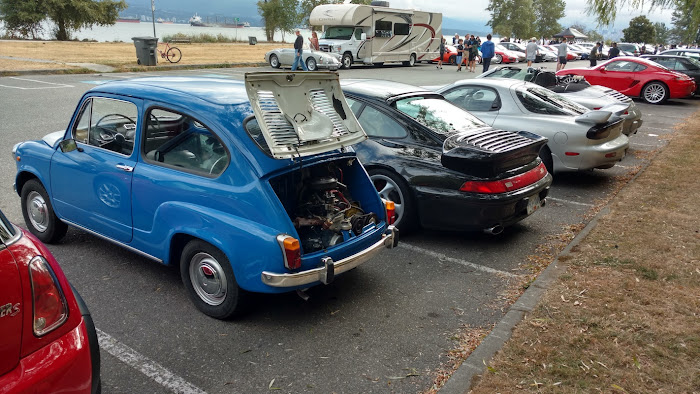 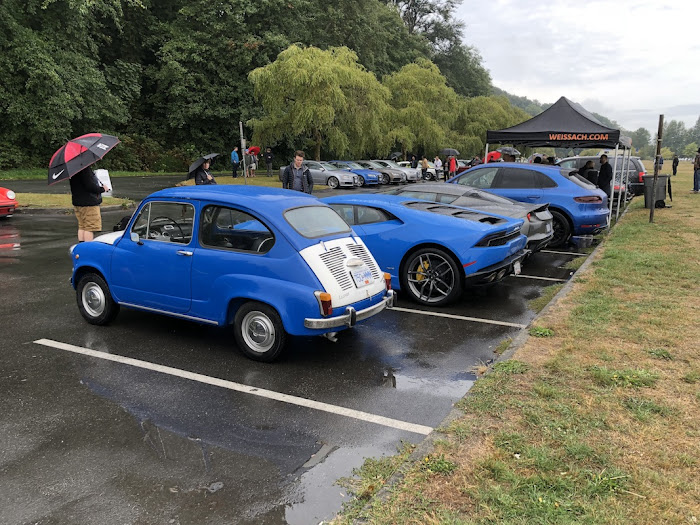 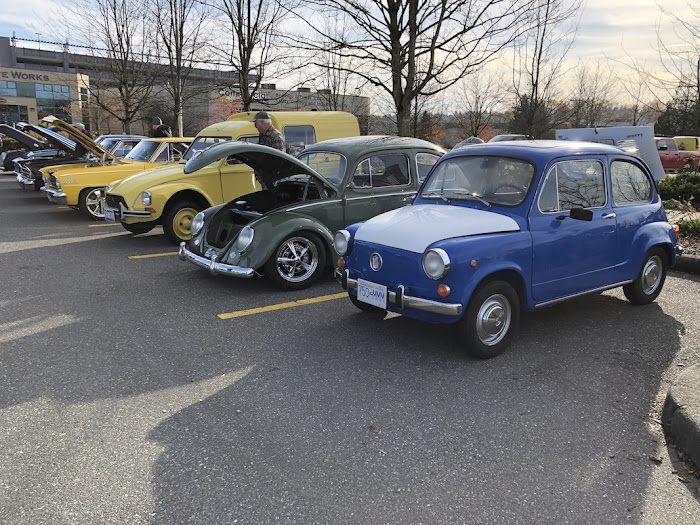 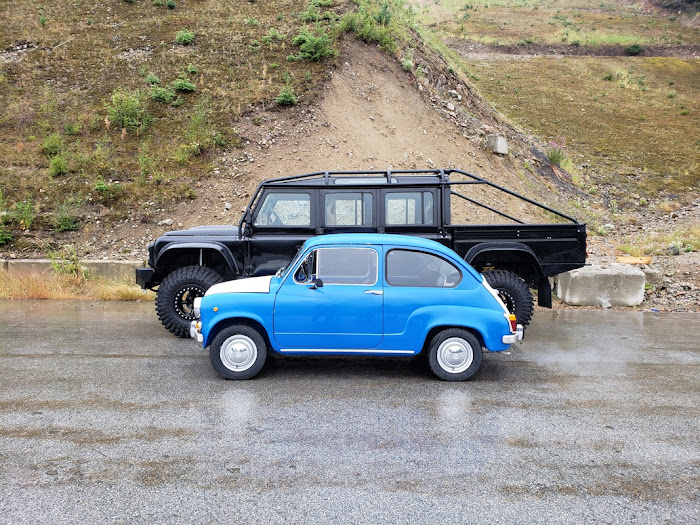 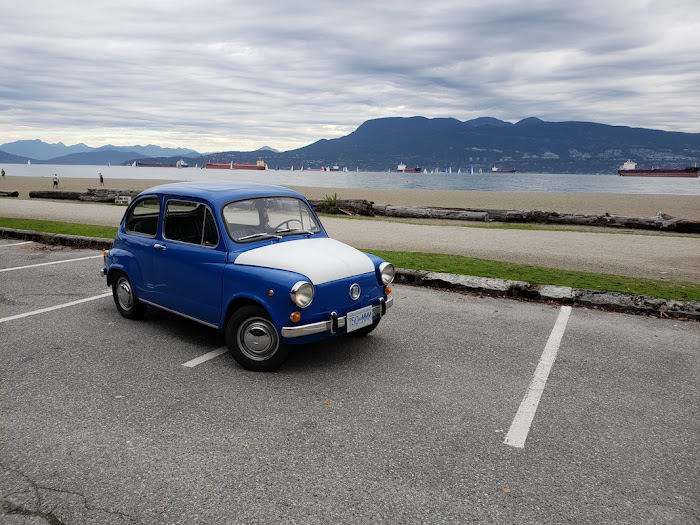 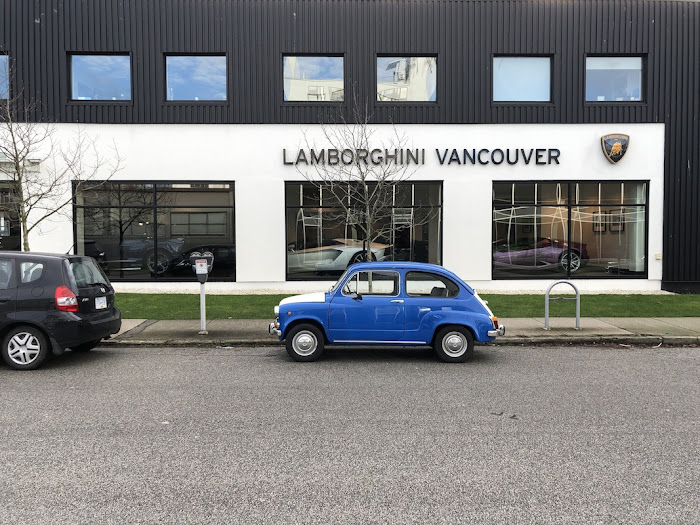 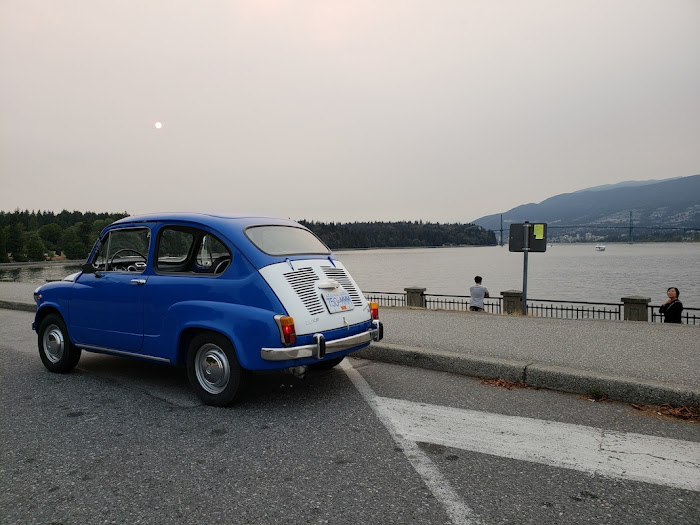