So I Changed My Game Plan 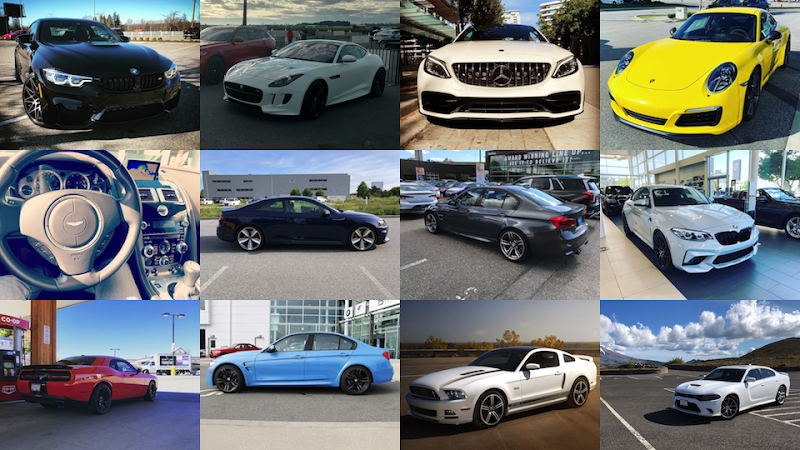 My little Zastava is in the shop, getting all its gaskets replaced (among other things). I always say that hopefully this is the last shop visit before it's fully driveable, but I won't say that this time. No, I think I'll change my game plan and only talk about what's already been done, ignoring its intended impact on the car's future.

Aside from dealing with the Fića's return to form, I've also spent the last five or six years looking for a modern performance car. The basic criteria was a powerful engine, rear wheel drive, two doors, and most importantly, a manual transmission. Extra points if it's brand new.

At the very beginning, I was set on a Mustang GT/CS, and actually managed to find the perfect one! It was in the new inventory of an out-of-province dealer – the local dealer where I had test-driven a Mustang GT gave me a good price on it, and offered to ship it over if I committed to buy. However, things didn't go as planned for me, so that never materialized.

At that point, that generation Mustang had just gone out of production anyway, so I changed my game plan. I had always wanted something more capable, something more spectacular. Perhaps in a few years, I'd be able to get it. The search began.

After my experience seeing what a 435i was like at autocross, I was convinced I had found what I wanted. The AWD automatic was a blast to drive that day, so of course the RWD manual version had to be at least as good...only one way to find out.

The shifter and clutch pedal felt like they weren't even connected to anything. Plus, the challenges related to fitting myself into a sunroof-equipped 4-series became more apparent the second time 'round. All in all, I was severely disappointed.

Even though (a) it would take noticeably longer to afford an M3/4 over the standard model, and (b) the F8x cars were still in their first model year, I figured it was still worth checking out. You never know.

It was just my luck that at the local auto show that year, they had one on display and unlocked: a Yas Marina Blue manual M3 with Silverstone leather seats. Not a generic combination, that's for sure. Either way, for rowing through the gears after being disappointed by the same on the regular 4-series, it would do just fine.

Ironically, I ended up booking a test drive of a manual M3 in the same color about a month later. I had been completely up front with them, saying that it was an early test drive for something I wouldn't be able to buy until a few years from then – they happily obliged nonetheless.

The salesguy opened the driver's door, inadvertently revealing the Silverstone leather seats like a key clue to a murder mystery... On the spot, I prompted him if this was on display at the auto show. He confirmed it was! The car was an abandoned factory order that they happened to subsequently loan to the show. I was behind the wheel of this very M3 again, but this time it was for real.

Funny how things work out.

As much as I hated that 435i, I loved this M3 – they really did feel like completely different cars. In a sentence, the M3 felt as if it was carved out of one piece. All the inputs felt great, the power delivery was exactly what you'd expect, and headroom with the carbon-fiber roof was never going to be a problem, regardless of bodystyle. This was a car worth waiting for.

While it remained the favorite during the ensuing years, I wasn't too hot-headed to try out alternatives as opportunities arose. I continued to bide my time.


* * * * * * * * *
Fast forward to 2020, the year of the Coronavirus. For me, it also became the year of now-or-never, as my continued leading favorite (the M4) was about to end production... In fact, while perusing the BMW forums during a lunch break this past winter, I came across a comment by someone deep into the M4 order process. He claimed his dealer told him that BMW was ending M4 production early, moving the EOP date to the end of April instead of the end of June. If I wanted to order an M4, I had to act now, even if it was a few months earlier than I had budgeted for.

I went back to the dealer where I test drove that manual M3 and managed to snag one of the final production slots for myself. Individual Speed Yellow, Carbonstructure cloth seats, Icon LEDs, Competition Package, and of course, a six-speed manual. Plus, I was going to pick it up at the BMW Welt in Munich that summer!

The virus had other plans, though – due to the ensuing slump in sales, BMW cut M4 production even earlier than April, cancelling all M4 orders that weren't already slated for a production date, including mine. Shortly thereafter, BMW cancelled European Delivery altogether.

So I changed my game plan.

I loved all the various F-Types I autocrossed at Jaguar events over the last couple years. I also loved the Charger I rented, during the week I tore up as many Western Washington driving roads as time allowed. So the M4 clearly wasn't the only answer – but with the pandemic now in full swing, I could afford to wait just a little longer and see how the world around me would change before making a decision.

By mid-summer, the global situation seemed to crystalize. I went ahead and dedicated a full week to going on some test drives.

V8 Vantage: If you've ever driven an early-2000s BMW, that's what it feels like. The infotainment is out of that same era, unfortunately, and there are some ergonomic niggles that will bother the tall among us.

RS5: A fantastic daily driver that's refined everywhere you look, but it's too tuned for comfort.

M3: I hadn't driven a manual F8x since that first one five years ago, so I had to refresh my memory. This car reminded me why it was the favorite all these years: it felt like an extension of my limbs.

M2 Competition: Fun as hell – can't go wrong with one of these. Feels identical to an M3/4.

Challenger Hellcat: Absolutely limitless power, but the Challenger is just too damn wide.
* * * * * * * * *
Growing up, I had always loved the idea of having a BMW. I loved what they were and what they represented back then, but actually having one parked outside always eluded me somehow. Seeing where the brand is headed, I knew that the M4 would very likely be the last new BMW I'd ever be interested in.

Despite all that, I still wanted to give everything that compared a fair shot. But even after all those test drives, the one car I caught myself unwillingly thinking about was the M4.

I actually managed to find a brand new Speed Yellow M4 with cloth seats, the Icon LEDs, the Competition Package, and a manual! It was in the new inventory of an out-of-province dealer – the local dealer where I had test-driven that first F80 M3 gave me a good price on it, and offered to ship it over if I committed to buy. So I did.