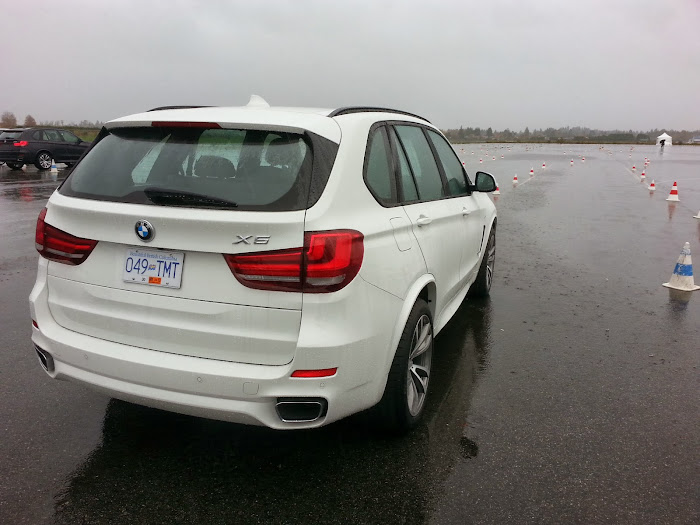 As always, a professional driver briefs our group on the point of our impending adventure. "Push the car until you feel it just slightly start to understeer and then let the systems do their thing," he says.

So you head out for your first run in the X5 M Sport. To say that this truck is confidence-inspiring is an understatement, despite both being in a lake and being an SUV.

Having gradually built up some very nice speed in the slalom, you charge the roundabout only having lifted off – no brakes applied.

The X5 seems to be holding on as you steer it through...

Except it isn't – it already lost traction back when you charged into the roundabout. You only realize this just as you're about to (unwillingly) leave the track! Slam on the brakes and the X5 does stop, but not before it's had three cones for brunch...

Back up off the cones and finish your circle, reaching the final straight and powering towards where you're meant to stop. ABS kicks in as you swerve to avoid the obstacle: it has both stopped the car and allowed you to steer out of simulated harm's way.

With technology, you've pushed this SUV more than the laws of physics would allow (in the slalom). But laws wouldn't be laws if they didn't have the last word.

Still, save for the Porsche Cayenne, there aren't too many other SUV's that can dance in the heavy rain like a sports car.

So the drivers were right: you really can throw the X5 'round a track. The lack of body roll puts most sedans and coupes to shame...

The X5's cabin is a wonderful place to spend time in. The controls are all within arm's reach, which makes a bigger difference than you'd think. It's like having every item you need for work right at your desk instead of in the cupboard across the room...

The seats are very comfortable yet hold you very well through the twisty bits, and there's tons of space in both rows. Overall practicality – the outgoing X5 wasn't good here – isn't something we were able to assess.

I was able to assess the heated steering wheel, which felt delightful on this cold and wet day...but maybe that's beside the point. 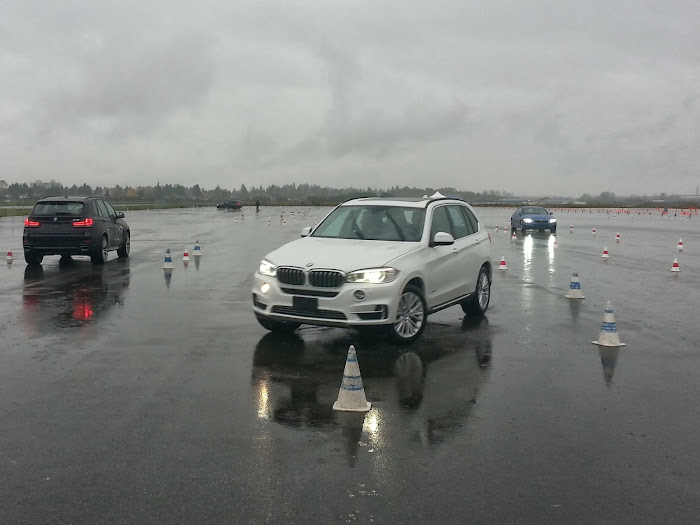 One thing that definitely isn't, though, is the Surround View system. Using an array of cameras, it displays a live 'bird's eye' (i.e. top-down) view of the car.

This feature was as handy as it sounds, but activated itself too late: you're already wondering whether you can clear that concrete pillar before the car decides to tell you.

From the outside, I wouldn't call the X5 ugly, but it looks like a normal BMW pigged out on the "Supersize Me" food regime... The inside has its own 'more is better' moment by representing both gloss black trim and wood trim equally on the dashboard. It doesn't need to have both!

The powertrain brings up no qualms, though. You won't need to (objectively) consider the V8 at all since this 'six' satisfies, and fuel consumption is about average for a mid-size SUV. That said, be it this gasoline 'six', the diesel 'six', or the gasoline 'eight', there is no wrong choice.

Speaking of the V8, there were ones there but not available for us to drive – presumably because of the weather. Perhaps this was for the best...the 'eight' would have proved too encouraging in the wet. 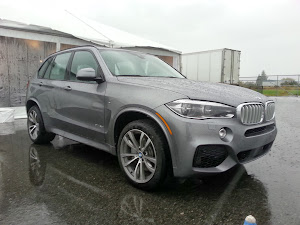 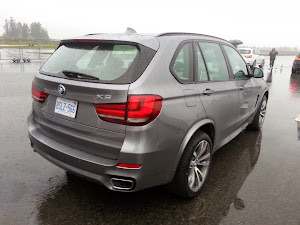 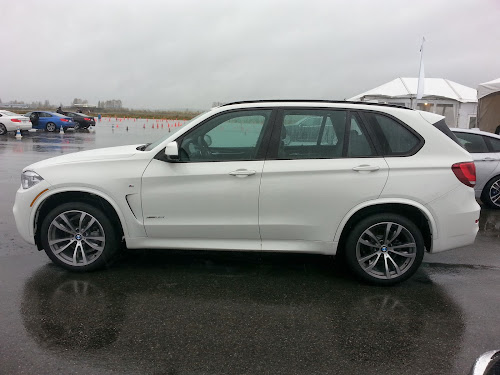