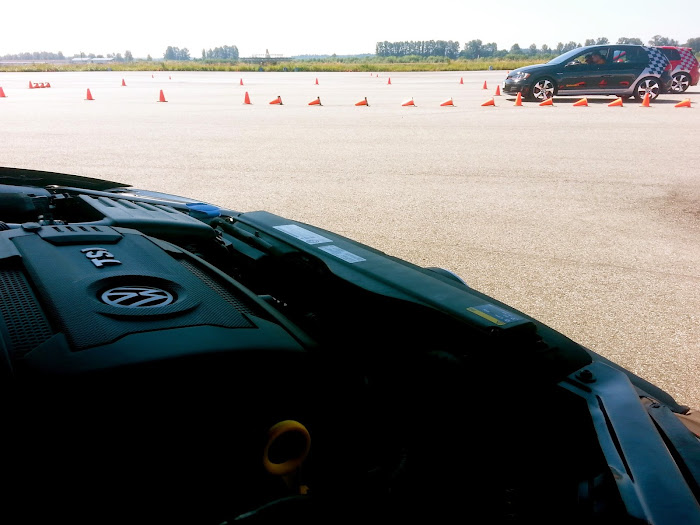 Six minutes of driving time is not an experience.

The venue was good. The organization was good. Even the presentation bits beforehand were fairly good. Everything was drastically better than last year's event, except the most important part: the driving.

There were two tracks with one car to try each. We only got two laps per track. By 'virtue' of this, we learned next to nothing about what the cars can actually do – though it seemed that the drivers and presenters didn't quite know, either...

First up was the regular Golf. I got into a Highline model, asking the pro driver seated inside if its suspension was any different than the other two lesser models there. He said no.

Go on VW's website and you'll see that the Highline model has sport suspension, standard. The other models do not.

Rewind to the (sales) presentation beforehand: the presenter is going through features of the only car he's meant to show us, finally pointing at the roof. "It has a panoramic sunroof," he says, "because bigger is better."

I look inside that very car: it has a regular sunroof. Seriously, dude??

Let's focus on the two tracks once more.

It's all corners for both of them. Not one single straightaway to be found on the grounds of this closed venue in the middle of nowhere, built specifically for performance driving...

Not even ten minutes earlier, they were selling us on how the GTI is the fast-accelerating monster of the bunch. Clearly, they didn't want us to experience the car's biggest selling point.

I can't help but compare this to BMW's most recent event of the same format. It was held at the same venue but we were given five laps per track. The pro drivers were outside the entire time, leaving us alone in top-of-the-line models on courses that let us evaluate the limits of handling, hard acceleration, and hard braking.


BMW events: "Have fun and see what the car can do!"
VW events: "Don't crash! Just don't crash!"
Who knows why the VW organizers decided to sell everything short this way? Maybe it's lack of experience. Maybe it's liability fears. Maybe it's pure lack of interest. Maybe they think we're all useless drivers.

Regardless, the hour you spend driving there and back was not worth six minutes of underwhelming autocross. The track portion needs to be let out of its chains to even come close to giving us what we were promised: an experience.

Hopefully I learned at least something about the Mk VII Golf's driving dynamics...but maybe I didn't. Click here for that. 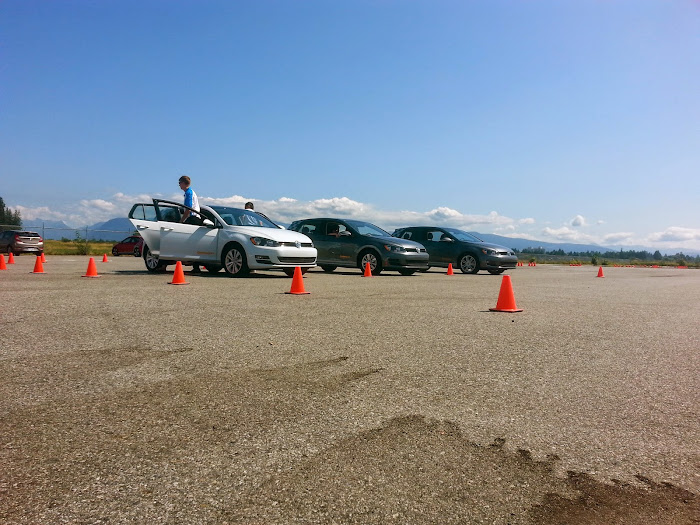