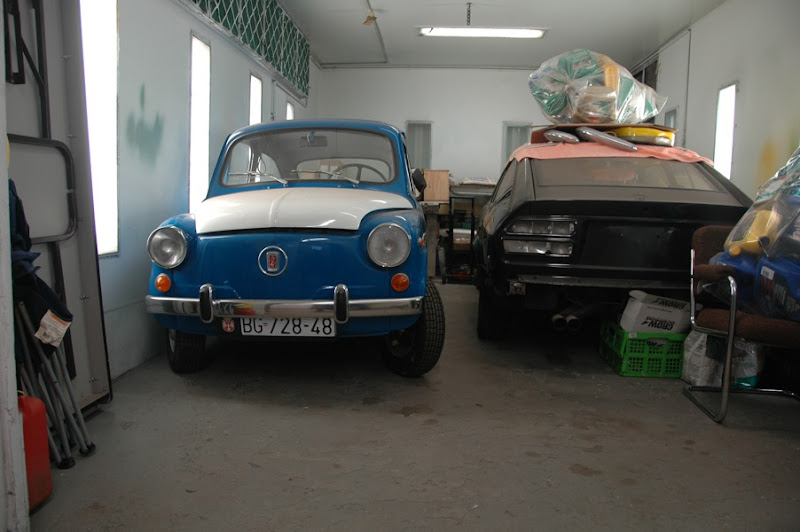 For the latest repair update, I swung by the shop to pay the Fića a visit in person.

Here is the latest news, accompanied by a photo album of the progress.

My mechanic had to repair and reassemble the ignition switch not once, but five times – it was partly to blame for the Fića's unwillingness to start. The car can be started now.

The steering-column stalk assembly will have to go through this same process, as the high-beam stalk isn't working properly. The entire steering column needs to come out to be able to get at the assembly.

The ignition switch made it without having to be replaced – we are yet to find out if the same can be said for said stalk assembly.

The new eight-fuse fusebox has (almost) been set up! Getting there, however, was eventful...

My mechanic's experience with figuring out the wires was no different from my own trials, given that nothing is color-coded properly or connected properly.

He ended up doing much the same thing as I: getting out a good multimeter and figuring out which wire leads where.

An example of how messed up everything is was: the headlight wires were crossed! What should have led to the left one led to the right, and vice-versa.

The wires won't need to be replaced, though. The problem can be solved without putting new wires through the car, which saves a lot of time and work.

To get to this point, my mechanic had some wiring diagrams handy, including the three I provided hailing from Serbia and Spain, as well as two from Italian shop manuals.

The wire coloring in the Fića matched exactly none of them, though it bears the most similarity to the original Italian diagram, hailing many years before my Fića was built!

The battery is down for the count: one of its cells has died, so it must be replaced. Here is a curiosity: the Yugo battery that my Fića uses is the same as a Civic battery!

As was known before, the wheels all enjoy varying degrees of crookedness. No matter the car, there is no way to tell this by looking at the wheels when parked! You can only see this if you see the car moving from the outside, or by putting each wheel on a balancing machine...

Speaking of which, the wheels were never even balanced by the restorer! Doing this would help remove most of the problems inherent to bent wheels (which happens when somebody runs them into a curb or over a big pothole) but not all of the ill effects.

The solution is to have them repaired at a noticeable but yet-unknown cost, or to replace them altogether with new wheels, which are impossible to find. My mechanic has offered his (not crooked!) Innocenti wheels (provided the bolt pattern matches), pictured here. The tire and wheel combo only has 30k kms on it, and they would be re-finished and balanced properly in this case.

Due to the diligence of the previous owner, the engine is like new. Nothing mechanical is standing in the way of progress. The new handbrake cable will be fitted once the electrics are finished.

It's possible for the car to be finished in the near future! In the meantime, here are the rest of the photos.