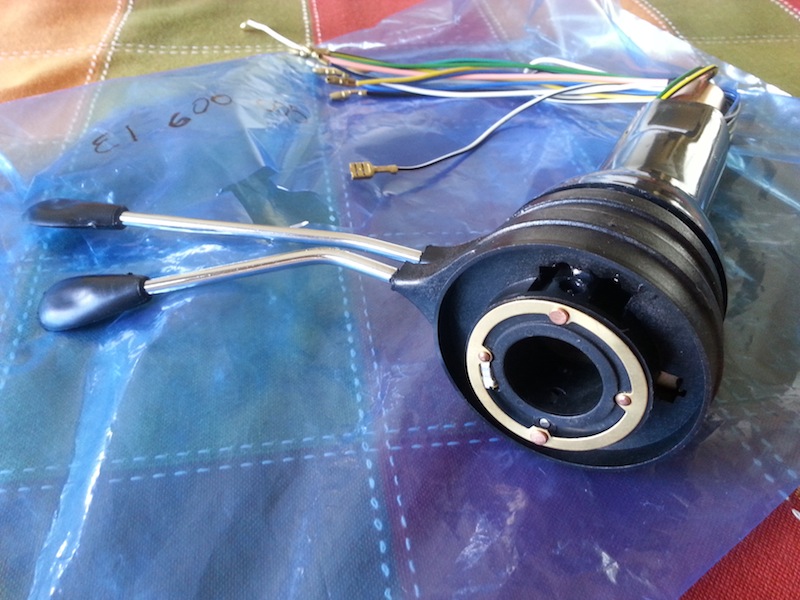 Well, not exactly. The part above is brand-new, but the ensuing story is the ghost of Christmas past experiences...

It seemed too optimistic to expect that the existing column stalk assembly could be repaired. The sixth time is most definitely not a charm...

At this point, it's also impossible to continue the repairs without a working assembly.

Naturally, I went online to the usual place and ordered a new one that's compatible with my generation of Fića. It was in my hands a week later, as promised. So far, so good, then? Nothing like what's befallen my Fića and I time and time again?

Well, that's what I thought – until I opened the box. 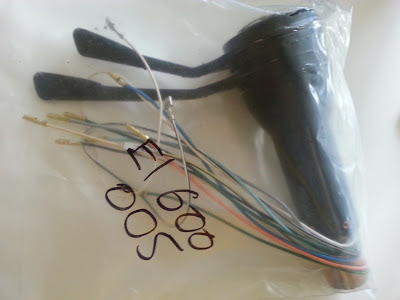 So I email the seller to notify him of the issue, along with the pic above, just in case. I make sure to point out that the listing had a photo of the part that I wanted but didn't receive. He checks his inventory, and tells me that all of them are this newer type of assembly; there isn't a single one like the part I actually ordered! The seller mentions that he wasn't aware of this issue until now...

He tells me to ship it back (of course, as per eBay policy, I have to eat the return cost of shipping) and he'll send out the correct one for free. Trouble is, the correct one is back-ordered by about ten days...

What was initially a quick week's transaction has turned into a month's wait.

The returned part takes a week to get back to Atlanta (where the store is). A week and a bit after that, the seller takes delivery of the correct one. He then ships it over to me, which takes another week on top of that.