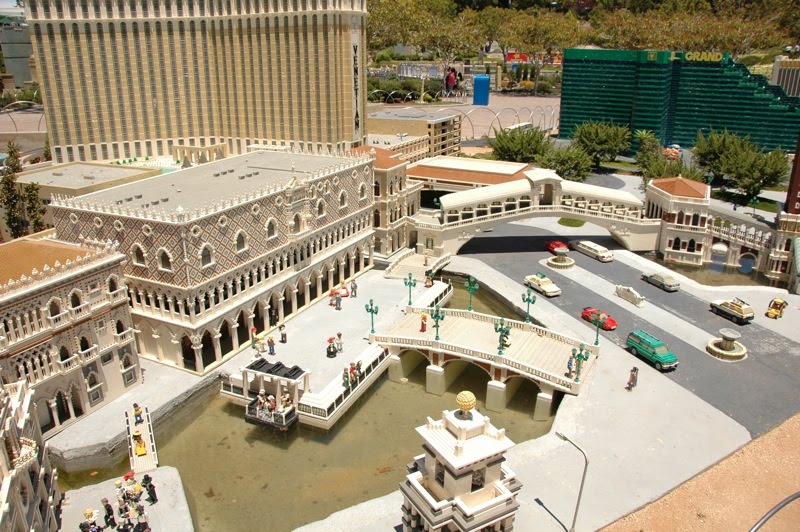 (Las Vegas, San Diego, or both?)
Time is infinitely useful: it can heal wounds, create bonds, and form perspectives.

Over a week's worth of time has passed and the drops are still dripping. They are all rather intriguing, but each in its own way. Some boggle the mind, and others are little more than novelty.

Jefferson Street in San Francisco goes through Fisherman's Wharf, at one point right along the docks. Along the sidewalk, there are concrete trash cans and in front of one was a bush. A sporadic group of passers-by walked by the bush, not giving it a second glance.

All of a sudden, the bush flew up in the air and a tall black homeless man yelled. Among the surprised and frightened was one middle-aged woman who jumped about seven feet in the air.

Everyone had a good laugh when they came to, and continued on their way. Then the unexpected entertainer yelled "Pay the man!! You gotta pay for your thrill!"

This little episode accurately depicts the multifaceted-ness of the US state they call California. All is as it seems and nothing is as it seems; it is America and it isn't, it is urban and remote, it is civilized and a jungle.

It's everything, everywhere and all of the time. It is clear, then, why an opinion – much less a definitive conclusion – is difficult to compose, despite having covered over six thousand kilometers.

So would I live there? I'd like to know as well. Perhaps another trip (or four) would help clear things up, as the place is so huge and vibrant that it is effectively beyond literary description.

A certain song does the trick though.