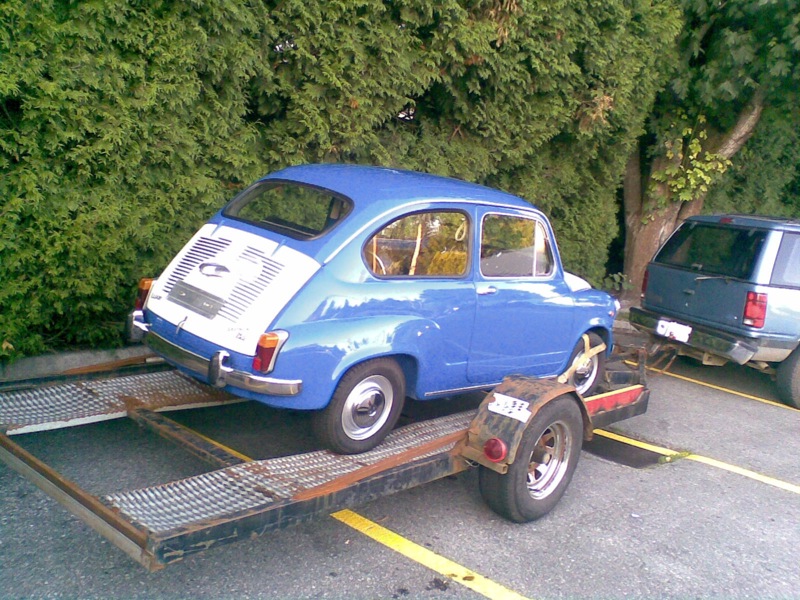 (When there's a will...)
How do you get a car with no handbrake and brake lights somewhere 50 kilometers away, to get that all fixed?

Some are quite content with taking their chances and driving the car there. The fingers on the hand that doesn't have to do the shifting are crossed – necessary so that the back of the car doesn't meet the gaze of any police officers, and that the route doesn't contain any uphills, despite Google Maps saying otherwise.

Others, then, must find a way of hitting the target without finding out what confiscation or collision feel like firsthand.

It is in these instances that you get in touch with somebody who has a trailer and something to tow it with. Preferably not oxen.

That is exactly what I did: my mechanic has a friend with just what I needed. Problem solved, right?

(I think you know where this is going...)

Nope! Now that you've taken care of the rules of the road, you must focus on the rules of physics. Put simply, loading the car onto the trailer.

How hard can it be?

Well, let me put it this way. If it's your first time driving something over two narrow planks – while on a curve – onto a trailer bed just barely narrow enough for your tiny car, and if that something is from halfway around the world and the only one in the country, the sentiment chokes of terror. So it's not that easy.

Hours later and with the help of air traffic control ground crew, I managed to patch together a crooked parking job on top of the trailer, good enough to last the journey ahead. And what a journey it was; not so much for me, but for the people around me. 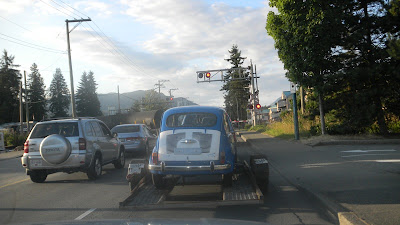 We followed the Fića as it spied surrounding traffic through the back window of the Explorer towing it, and noticed that surrounding traffic spied diligently back. It was a repeat of towing it home: anybody within glancing distance had their eyes glued to the blue-and-white automotive mini-me unexpectedly wafting alongside them.

It was this way until the very end of the journey, the shop where the Fića was to sleep over for the night.