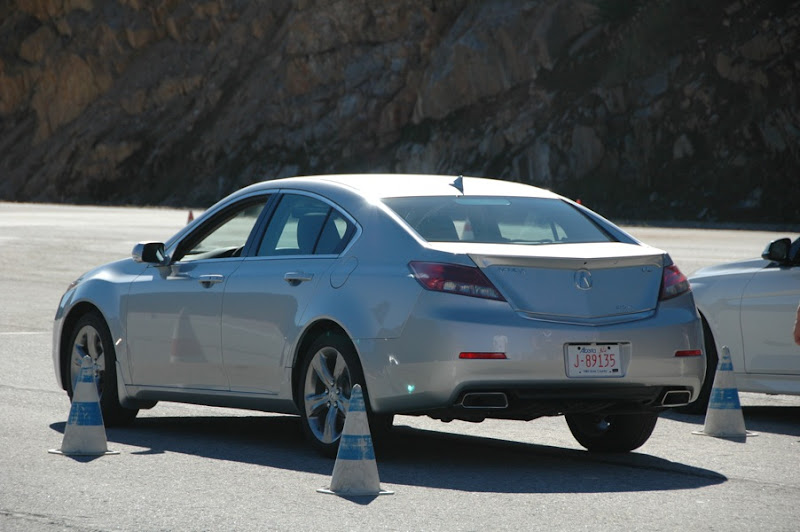 We all knew one of these: the bigger, older kid that was rejected by children his own age, and thus insisted on hanging out with younger kids to feel superior.

In some cases, it's since he couldn't keep up with his peers, mentally or physically. Other times, it's because he became too annoying and immature, so his age group didn't like him anymore.

Either way, the fact is he ran after a group in which he didn't belong. In this comparison, the Acura TL was that guy.

The 3-series was the last of the compact sedans that was actually compact. Now with its 2012 re-design, every new respectable compact car on sale is now officially the size of a bus.

But that doesn't mean that a five-meter-long Acura should play in the same sandbox.

This generation TL lost a lot of sales to competing brands – not because of mismatched competition, but because of something more superficial.

You see, the 2012 model was facelifted – its front end now looks like this. The TL didn't sell well because it used to look like this. People called that styling feature "the beak," in the same way one would call somebody "fatty," "four-eyes," or "mooooooooole."

Beak or not, one of the racing drivers mentioned that it was part of this comparison only because it costs the same money as the 3-Series. It's not equal physically nor dynamically, as taking it around the second track confirmed.

This TL in particular has "Super-Handling All-Wheel Drive" (remember that Japanese naming thing?), so one would not be criticized for expecting "super handling." Instead, one will criticize the TL for not delivering it. Through the slaloms, understeer was the soup of the day. It felt just as dynamic as any average family sedan (like a Honda Accord) would, punishing you for going too fast around a corner: "What are you, a maniac? Pipe down or we're going home!"

I had to stay off the power to finish the course without crashing.

Perhaps the rattle coming from the engine compartment every time I lifted off the throttle was another way that the TL expressed its discomfort in the event activities. (The car only had 780 km on the odometer!)

It was also amazing how little the all-wheel drive system helped. There would have been almost no difference in its (non-) performance were we given the front-wheel drive model to sample instead.

Needless to say, this car reached its limit far before the Infiniti or either BMW. The big kid that doesn't belong was totally outclassed by the little ones.

In what's politely said as a twist of irony, the manual-transmission TL SH-AWD reaches 100km/h a full second before the tested automatic does. It would have at least been competitive in power, while still being a dynamic flop.

Off the top of my head, I can think of two better alternative test subjects: 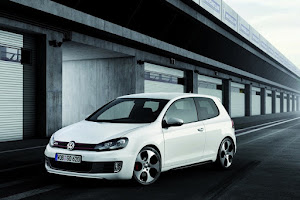 1. The Volkswagen GTI: While not a compact sedan, and while down on power among the second track group (it has the A4's engine, and fits better in the first track group), it's dynamically competitive. It's perfectly stable in high-speed cornering, and has good steering feel and impeccable handling.

Its features are also competitive with the cars in this entire event, any of which cost about $50k.

Power-to-weight ratio for the DSG (automatic): 143.16hp per thousand kilos (the Acura's is in the specs at the bottom). Zero-to-sixty: 6.1 seconds.

If the absence of all-wheel drive is a problem, may I suggest the Golf R as a substitute? It has 169.76hp for every metric tonne, reaches 100km/h in 5.9 seconds, and out-handles the already good GTI. Despite neither being directly compatible – and despite the R being manual-only – either are more appropriate than the TL. 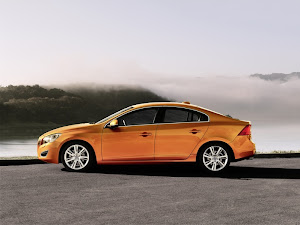 Perhaps the handling of the regular S60 (which is electronically adjustable) is not stable and sporty enough. In that case, invite the S60 R-Design instead. It, besides a real sport suspension setup, has an electronic tune that gives it 25 extra horses, bearing 185.50hp per tonne.

The TL had no business taking this direct competitor's place.

Were the TL not there, I'd still have kind words for them. But it was, and now I know the truth.

This car is not from that mystical alternate dimension: it's made in Ohio and isn't even sold in Japan. It has no history – it's just a product, just a regular family sedan.


* * * * * * * * *
Acura buyers defend their purchase decisions by saying that they are more reliable than those crappy BMW's that break all the time. Funny, since I see a lot more ancient German cars than ancient Hondas both on the roads and on racetracks. Hmm...

These are the same people who are willing to pay BMW money for a car that has doors that shut like a Civic, or that has blue-tinted side mirrors that look like the product of an under-budget window tinting job. The instruments in their chariots, instead of TFT screens that are more capable than their TV's, are the usual 1990's Honda dials and lights.

This car will appeal to people who have never seen any better by choice: they look at BMW, Mercedes, and even Volkswagen as something they "surely cannot afford", then buy an Acura for practically the same price, and then begin to choke people by incessantly repeating "it's just as good as a BMW."

No, it most certainly isn't. It's just another cheap-to-run Honda. And that's why you bought one.