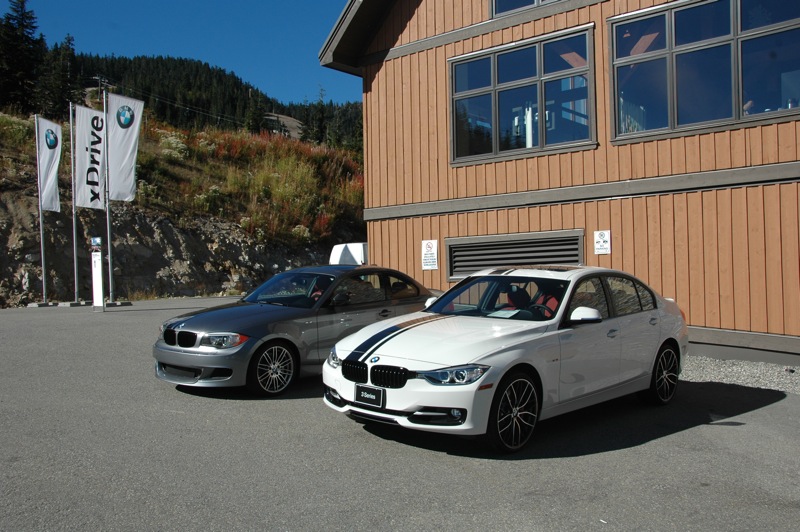 The weather's been unusually good lately – so good that September and October have been, save for nights, better than summer itself! I'd rather have had summer weather when there was time to do summer things, but I can't complain too much, either: at least fall brought the vitamin D that could have been absent altogether.

Had the usual sky-borne motley crew made its traditional appearance, then perhaps the event I attended would not have been as pleasant.

I'm talking about the BMW 3-Series Comparison Drive, where we got to (attempt to) flog a group of 2012 328's and 335's, as well as some of their competition, on a closed section of Cypress Mountain.

You'll recall that I attended a similar BMW event two years ago. As entertaining as it was, I criticized the event for lacking in value: you couldn't take much away from it other than bragging rights.

The same demon was present today: while the (sales) presentation at the beginning was at a relaxed and comfortable pace, going through the driving portion itself was as fast-paced as the hot lap in the end...

In contrast to last time, a different format will be adopted this time around. Instead of talking about the event and the cars at once, I will be dedicating each post to one of the eight different cars driven today.