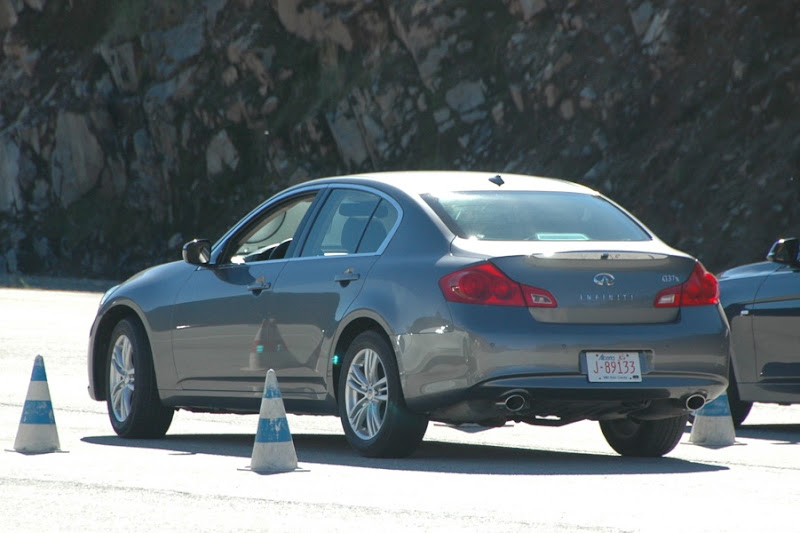 We are about to enter a mystical parallel dimension, one not known to the common man, which lies between modesty and materialism, between fantasy and supervision.

Here, badges symbolize nothing at all, yet many cars carry not one, but two. Firms make six different cars for one single market segment, and all of them find homes easily...

This is a place where the commercial vehicles and people-carriers of choice are barely big enough to use four wheels. Robots, instead of signs, show you the direction of travel. Police cars are black and white, but you'd never recognize them.

Here, emergency vehicles and race tracks have an enforceable speed limit. Here, used cars are more expensive than new cars. And yet, this place does exist – on this very earth.

Firmly true to the 'badge has no weight' aspect, the most legendary car in the Japanese market is a Nissan...

In 1957, the Prince Motor Company made a car called the Skyline, a somewhat large luxury sedan. Among the most desirable cars in Japan was the second-generation model, which spawned a performance variant that competed well with the Porsche 904. Once its third generation was ready, Nissan had already annexed the Prince Motor Company; thus, the Skyline became a Nissan.

It had a performance variant, too: the Skyline GT-R. In less than two years, this car earned thirty-three racing victories.

The next one didn't. It had been in production for only six months when it, along with Nissan's motorsports team, vaporized due to the oil crisis. The Skyline turned into a generic sedan.

After a sixteen-year hiatus, the GT-R made a comeback – and what a comeback.

Twin ceramic turbos, four-wheel steering, electronic all-wheel drive, and over 300 horsepower...in 1989! It reached 100km/h in 4.7 seconds, it was competitive with yet another exclusive Porsche, and it won just about every race it was in.

But unrest took over the family. The 11th generation model (V35) decided to break a twenty-four-year old tradition to instead topple the BMW 3-Series. Dishonored, the GT-R left and became its own separate model, leaving the current Skyline (V36) with its German aspirations.

The V35 sometimes used its English name: "Infiniti G35." The all-wheel drive version of the V36 – which calls itself "Infiniti G37" here instead – is the subject of this review.

Brochures here cite its English name as Infiniti Intelligent All-Wheel Drive System. Still too long? The only actual written indication that a G has AWD is a lowercase "x."

There's more: it has a foot-operated handbrake, but only with the automatic. All manual V36's have a proper handbrake lever behind the shifter. It strikes me as nothing else but a tongue-in-cheek way for Nissan to say "our automatic buyers are all boring posers."

Not convinced? The G37 Sport adds a body kit and sport suspension – but only when you get the manual. Sport models with the G's seven-speed automatic only get the cosmetic upgrades – no functional upgrades are fitted!

How does one interpret the conflict that arises when adjusting the seating position? The instrument panel in its entirety moves with the steering wheel, which is, admittedly, wonderful. All cars should do this. However, the car doesn't let you adjust the seat with the door closed: the storage pocket in the front door blocks your hand from reaching the seat toggles!

While pulling the G into its stall, I noticed the pronounced fender flares that protrude visibly above the hood. They look quite good, and seeing the car's edges when parking is made simple. But there's a catch again... One other car has used this very styling element since the beginning of time: Porsche.

Remember which car the Skyline GT-R competed against? Just an accident, I'm sure...

So what are the tangible results of all this? How did the G37x fare on the second track?

There wasn't any noticeable understeer, steering feel was good, and it managed to tackle the track at a nice velocity, but it wasn't stable: the tongue-twister all-wheel drive system kept the tires planted, while all the car's sprung mass (including its occupants) turned into a sack of potatoes.

It would be interesting to see how the Sport version (the one that actually gets functional improvements, not just hollow 'bling') tackles the course and compares to the 335i M-Sport. But the 'pedestrian' 335i that I also sampled held the course better: it didn't lean, even though it also wasn't the sport model. The BMW had a higher limit, as well.

So then, the G37x is the Mercedes C-class' sportier Japanese cousin with a better exhaust note and more features-per-dollar. But that's not why it exists.

Dreams of taking the 3-Series' crown, instead of easily carving its own path, proved too tempting for the V36.

It all would have been worth it were it not for those meddling kids had it beaten the 3. But it didn't. Despite its qualities, it's not better than a 3-Series.

Perhaps that's the curse of abandoning its pedigree.