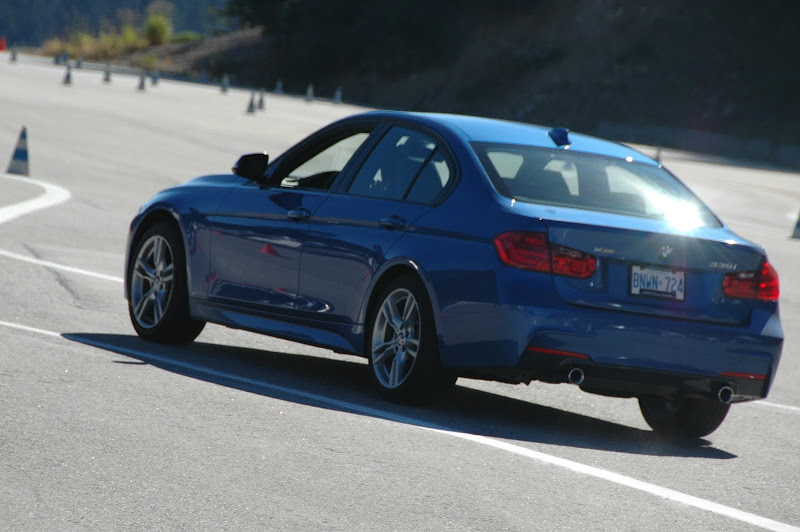 I'll just get right out and say it: the car you see above is a monster.

But the best part is, this is not the car for oblivious guy.

This is the BMW 335i xDrive M-Sport. Even though it's a modern mega-compact, it's still relatively small, which means that its twin-scroll turbo engine gives it more than plenty of power. 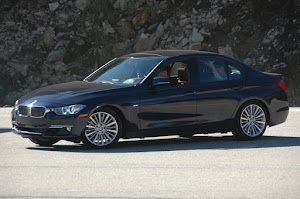 The skinny pedal isn't touchy like those of many V8's are – it lets you put your foot in it to get to the available power, allowing you to modulate your input in the city and let 'er rip on the highway take maximum advantage of track days...

I also had the misfortune of driving this car before the regular 335i (Luxury Line)...once I did, I had a hard time justifying the purchase of the latter. I just wanted to get back into the M-Sport.

The two look quite different, don't they? There are bound to be lots of functional changes that the M-Sport enjoys to shame its still-very-capable standard brother. So what are they? 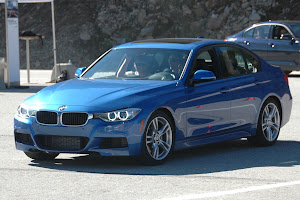 The M-Sport has exactly the same engine and power output as any other 335i. Its body kit visually mimics the design language of BMW's potent M models (i.e. M3, M5, etc.) – as do trim details in the interior and a retro steering wheel. In fact, the M-Sport package is spending $2,300 to get the look and feel of the M3 without paying for its massive V8 engine and all that comes with it.

It's enough to – if you're already looking at a 335i – convince you to get the M-Sport and never look back. It's just the suspension!

Now, it's worth it to spring for the M-Sport package, but is it worth it to spring for a regular 335i over the 328i? The former is but 0.3 seconds quicker to 100km/h, the latter still feels fast and is just as capable (apples to apples). You don't lose much, if anything at all, by choosing the smaller engine.

I've also read that one can 'over-apply' the 335i's power when it's the rear-wheel drive model; therefore to get the most out of the biggest engine, xDrive is the way to go. 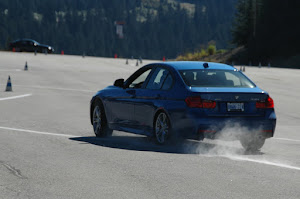 However, all-wheel drive models don't have a manual transmission option (unlike the Audi A4) and the smaller engine is cheaper. Perhaps that's enough to sway the odds in the 328i's favor.

Either get the RWD 328i or fully indulge and get the 335i xDrive M-Sport.

But what about the others battling against the 335i on the second track?

Well, the TL is disqualified right away since it's two size classes bigger – not to mention that it can't keep up with the other two regardless. So it's down to the Infiniti, namely, the G37x vs. the 335i xDrive Luxury: the M-Sport is worlds apart from these two, so it's not fair to pit them against each-other.

The 3 is more engaging to drive and accelerates faster, but the G has more power on tap. All of these differences, however, are marginal: none of them are deal-breakers. 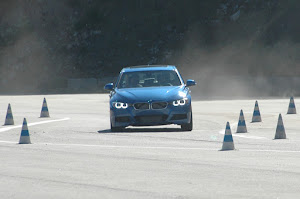 It all then comes down to overall track performance: the 3 is noticeably more expensive than the G, but you get what you pay for. The Luxury 3 was much more composed and had much less body roll than the G37x, and it allowed higher speeds through the corners. So the German gets the trophy, again.

I now understand why the 3 wins in almost every comparison.