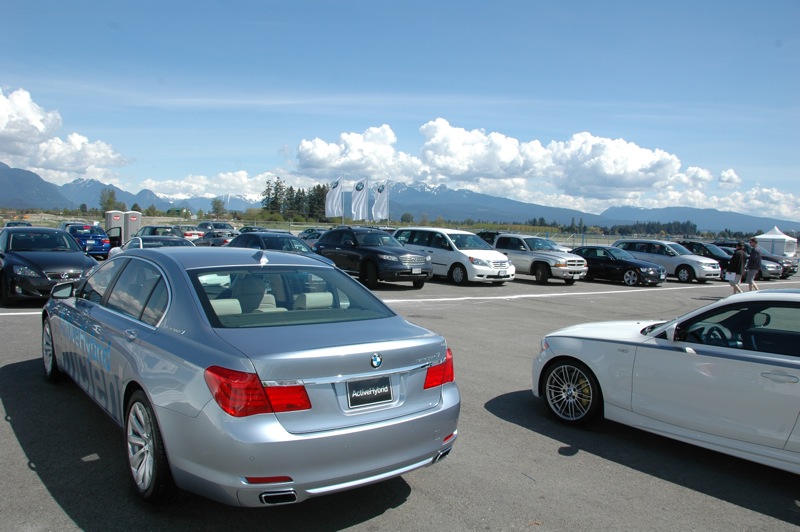 On a nice, warm, relaxing Sunday, most people just take it easy. Some go for a drive in their well-cared-for classic cars, others lounge on their decks at home, and others pay a visit to the pool. Not me though: I went to an airport to floor five new BMW’s through what’s essentially an obstacle course…

On arrival, you enter a tent through glass doors, sign in, finish registration and take a survey on a computer. Then you proceed into the waiting area, featuring light food and drinks, some modern looking half-sofas, and a big-screen TV playing some BMW beauty shots.

The event was composed of three modules, the first of which contained a sales presentation about the new 2010 5-series GT crossover and the 2010 X6 ActiveHybrid ‘coupe-SUV’ (not kidding).

Two driving instructors led us through the next set of doors into the adjacent tent. Upon entry, we were greeted by a white 550i GT on the right and a “water blue” (how green) X6 hybrid on the left. 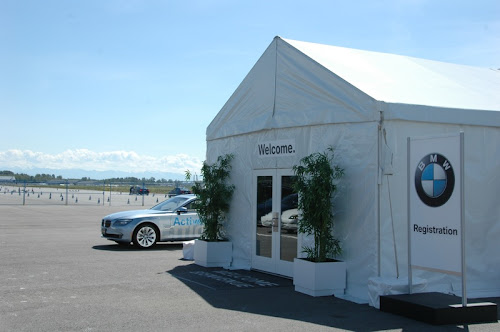 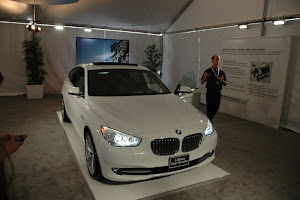 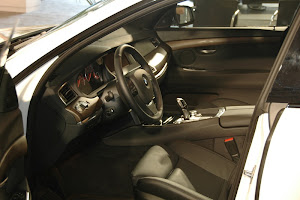 The instructors went over the GT first, talking about how cool the lights look, the optional reclining rear bucket seats with individual DVD screens, and the orange ambient lighting flowing down from under the real and un-glossed wood trim.

The GT will be sold worldwide, but it replaces the 5-series wagon (sorry, touring) in this market. This might be due to the fact that BMW sold a total of fifty-six 5-series wagons in all of Canada throughout 2009.

Next, they took us round the back of the car and showed us the magical tailgate…

Apparently, SUV owners really hate opening huge tailgates to load a small bag, so what BMW did is give the GT two tailgates.

No joke: if you have a small load, you can open only the rearmost bit, or you can open the whole bulky thing to get unobstructed access to the whole cargo area (photos below).

Oddly, they failed to talk about the heads-up-display, lane departure and blind-spot warning systems, the test-swipe that the adaptive xenon lights do on startup (and the xenons themselves, for that matter), the side-view cameras that see into blind intersections when you can’t, the self-levelling rear suspension, the lights on the door handles, and how you can unlock and start the car without taking the key out of your pocket. 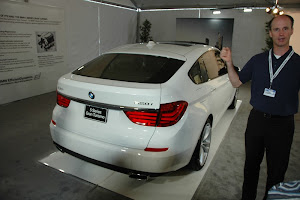 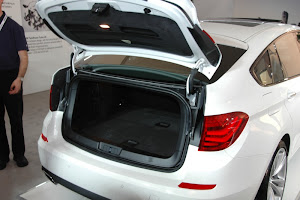 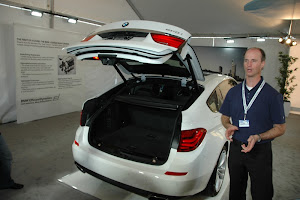 However, they did talk about the twenty-inch wheels, frameless windows, and the secret compartment where you can hide your cross-border shopping.

Afterwards, they noted how the seats fold down - but not flat, mind you - bearing room for trips to IKEA. But what happens when on the way home your sheer driving pleasure is interrupted by an idiotic mountain biker jutting out into the street, forcing you to brake hard and your flat-packed bookcase to slam into the optional DVD screens on the back of the front seats?

Also, the rear seats do recline, but barely, and there is a rather ungainly center console usurping the middle seat’s former position. There is also no headroom in the back if you are over 170cm tall. Fortunately, a traditional bench seat can be had, which hopefully sits lower for its lack of seat technology. If you delete the reclining buckets and the DVD, the price of this V8 version comes down from $97,500 to $89,000… * * * * * * * * *
Next, our attention was directed to the X6 ActiveHybrid. Those that tooled around town during the Olympics will recognize this X6 as the very same one that was on display near the Olympic flame...

Allegedly during the ActiveHybrid’s development, the test drivers got back into the car, pressed the start button, and were dumbfounded by the following silence. Despite repeatedly pressing the start button, they weren’t able to produce any noise. This continued until the engineer in the back told them that it’s supposed to do that.

The X6 hybrid - with the twin-turbo V8 under the hood - consumes twenty percent less fuel than the regular non-hybrid V8 X6. 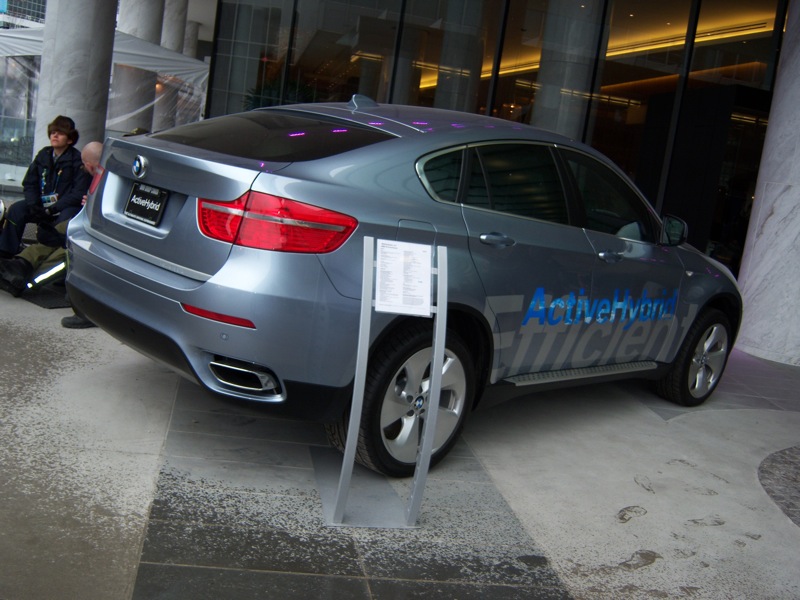 They say the biggest difference is felt in the biggest of cars, but when you are buying a large SUV, fuel efficiency isn’t among the deciding factors. One buys an SUV prepared for SUV fuel costs; if your budget is tight and every percent counts, you can’t afford to put aside one hundred thousand dollars for your family SUV in the first place, especially when it only seats four people.

Like the instructor said, if you have three kids, there’s room in the trunk…

Just don’t ask how much it costs to replace the hybrid battery, since the BMW guys don’t know.

After the presentation module, we crossed the un-crossable fence and went on to the “5-series module,” but more about that in part two... 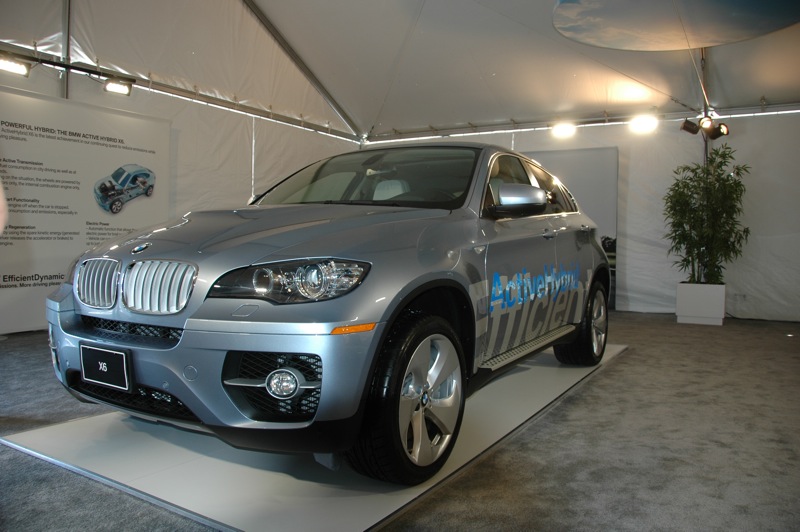