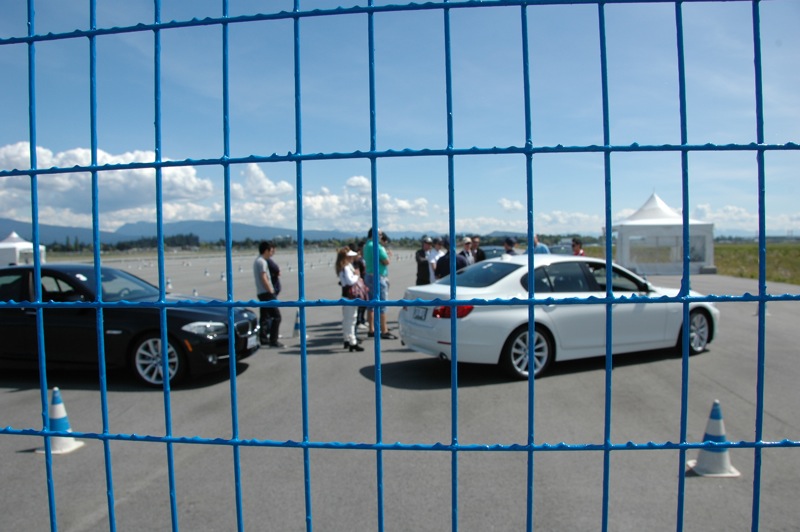 There’s a reason why cars like BMWs cost as much as they do.

The new 5 Series can park itself: the Automatic Parking Assistant sees if there’s a parallel parking spot big enough for the car, notifies you, and with the press of a button, it’ll take care of the steering for you while you only worry about the pedals as the car parks! It even tells you on the screen how much brake or gas to apply and when.

It’s doors can also close themselves, in a way: if you don’t shut the door all the way, it’ll pull it in the rest of the way, so that you don’t have to unlock the car, open the door, and slam it closed again.

Then there are the SideView cameras that see around blind intersections, the Heads-up Display, lane departure warning system, blind spot warning system, self-leveling rear suspension, Comfort Access (you can enter and start the car without taking the remote out of your pocket), a self-closing trunk, and courtesy lights in the door handles so you can see them when it’s pitch black.
(If found, please return to www.wailing-engine.com)
One would be sold on buying a BMW after hearing this extensive options list (and knowing that there is much more still), but that is precisely the problem: at an event designed to sell BMW’s, they did not mention any of these features at all. Only once one ventures on to BMW’s website after the event (as I did) does one actually find out that the cars recently driven were so equipped.

The same emphasis was put on the diesel X5 in the final tent as well as the ActiveHybrid 7 and 1 Series with the “tii” accessory package parked outside. Surely they were meant to be more than just eye candy.

The instructions given to the local-hired event staff may have been lost in translation as well. They were at times too polite: when you say you don’t want something, you won’t change your mind if they offer it to you four hundred more times.

Doing each run only once did not help either. Although still on the same course, the main elements are different each time; this way, it is impossible to get the most of the time on the track. There is no chance to truly test the car’s limits, although others on the premises certainly tested their own. 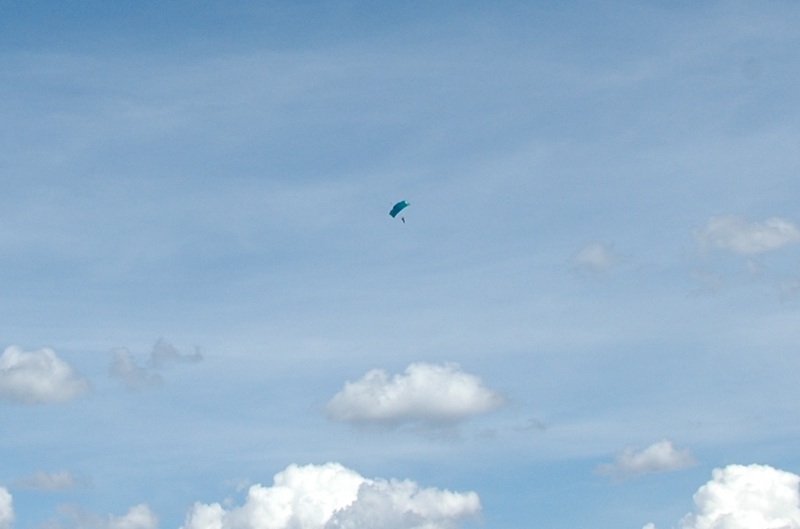 While the same car was used in the second module, in the third, each run is in a different car. They do have similar capabilities, but it’s the differences that count, exactly what wasn’t emphasized.

At least the automobiles themselves were entertaining. The six-cylinder of the “five” moves it much faster than one would expect, the 335d’s diesel engine is equally superb, and the 3 Series coupe produces a spectacular sound.

The 1 Series is fun as well, provided you get it for free. Since it uses the same amount of fuel (more when compared to the 335d), has a much smaller ‘backseat,’ poorer materials, and a similar price to the rest, there is not a single reasonable motivation to forfeit your hard-earned money for a 1 Series instead of a 3 Series.

In short, the 1 series doesn’t feel premium despite the premium price. “Yeah, but it has 300 horsepower.” So do a lot of other cars, like a Hyundai with a crate engine, which would be much cheaper…

I would like to say that the 335i coupe would be the one that stood out, but since not feeling like there is enough room inside comes standard, the “three” coupe cannot be chosen either.

Therefore, the 335d is the pick of the litter. It manages to be economical while being sporty, and it comes equipped just as one would expect for the price.

So there you are, sitting at a desk in the showroom, prepared to write a cheque for a fully-loaded 335d when something else catches your eye: the new 5 Series parked behind you.
(If found, please return to www.wailing-engine.com)
You take advantage of the fact that the salesman is talking to his manager and check the car out a bit more. Reading the window sticker, you notice that it’s identically equipped to the 335d you are buying, yet roomier and only a couple thousand more expensive.

Your hand decides to not create any numerical shapes just yet as your mind considers the conundrum at hand. There are more features included with the “five,” but nothing given up outright, besides the extra couple grand.

The more options you add, the more the price rises, but the more value there is as well. You sit in the backseat and it is apparent that it is more roomy and comfortable than the “three.” Then, someone of above-average height sits in the front seat and adjusts it. The hard seat pocket begins to crush your knees, and soon you can no longer fit.

“It’s just a temporary problem, it’s still good, it’s still good,” you think until you see the emasculating bulge for the dome lamp; all of this makes you feel claustrophobic. In other words, you realize that practicality was an afterthought.

The “five” fails to offer the backseat space that one expects from a full-size car. Since you can only afford one family car, you have to pass on the driving joy and go buy something without a propeller on its hood.

However, maybe you can afford to have a fun car next to the four you drive on a daily basis. Maybe the fact that all of the ‘dynamic’ equipment (the technology that makes a BMW a BMW) is optional won’t bother you. Then maybe you will buy the “five” after all.

Except you won’t: if you are going to buy a BMW only as a fun car, you’ll drive off in a Z4 and be done with it. So then the only “family man” that will buy the 5 Series will be someone who wants to show off his new ride to the people in his village. And he will tell his tall kids to shut-the-hell-up with one hand, while pointing at his belt with the other. 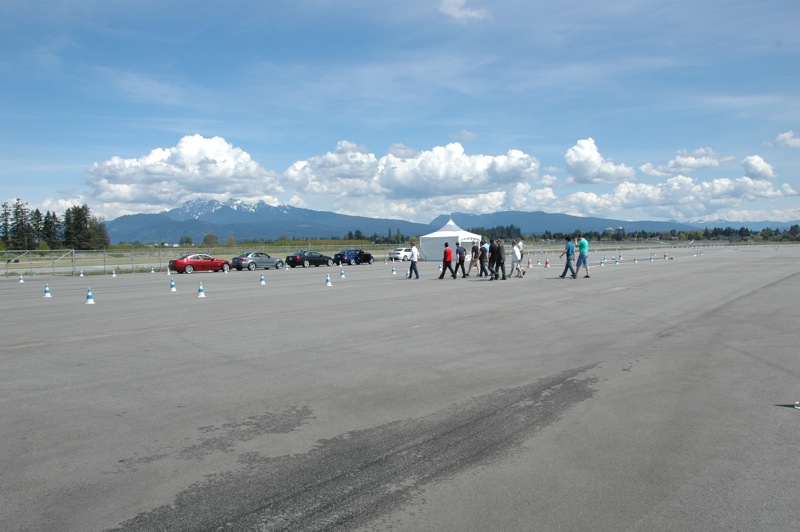