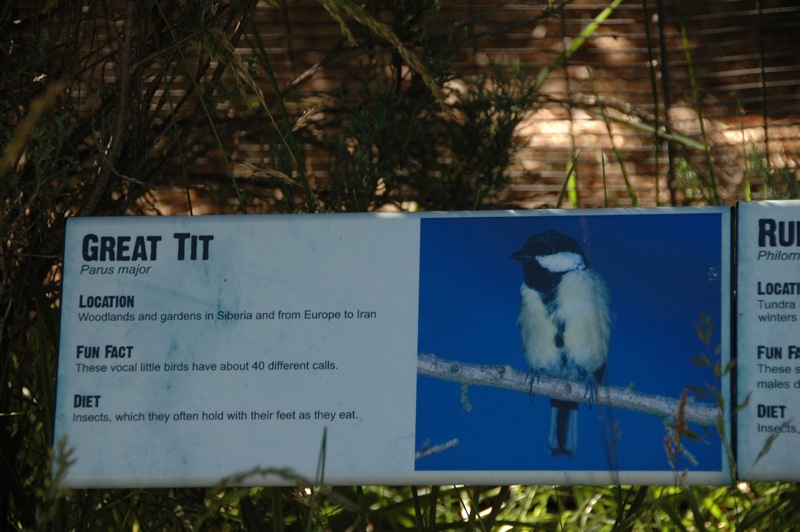 (This bird has over 40 different calls.)
The talk of the town is the new immigration law that threatens to outlaw the hiring of Mexican illegal workers. I see this as contradictory: Americans are saying that the "illegals" are taking all their jobs, yet the same "illegals" are doing jobs that no Americans want to do. The first people that this law would negatively affect would be the Americans themselves! What are they going to do when there is no more housekeeping? Clean their rooms themselves? This could get entertaining...

Feeling uncomfortable watching Americans act like animals, we went to go see real ones at the zoo instead. But not any zoo; we visited the San Diego Wild Animal Park. This is a huge lot, half of which is recreated Africa, and half is preserved southern California nature. The day was an African one as well: over 30 degrees, and not a cloud in the sky.

We applied San Francisco's lessons again and took the guided tour through the park. If you don't like zoos, this is the place for you, since the animals' dwellings are natural copies of their habitat in the wild, not small boxes with plastic rocks and no privacy. Thus, the animals are satisfied first and the people second, not the other way around.

Our visit turned out to be very timely, since the featured baby elephants will be taken out of public eye very soon for quite some time, so that they can be properly cared for. The park is a home to a vast array of well-known and not-so-well-known animals, far too many to list.

We learned that giraffes are good neighbors since they are good lookouts, that flamingos stand on one leg to heat the other (to conserve body heat), that certain baby animals look like stones to confuse predators, that cats like to swim, and that lions like Land Rovers. There is a variety of ways to learn all of this: there is the aforementioned bus-train, the Segway tour, a couple of safaris, and the old-fashioned way: walking everywhere. I recommend all of them.

Each monetary transaction here in some way contributes to non-profit programs to help animals in the wild all over the globe.

The same cannot be said for the 'regular' San Diego Zoo, however, since besides the tour bus, it's completely different from the Wild Animal Park. This is the zoo that is catered to serve humans first, that makes the animals' presence more of an amusement park than anything else. 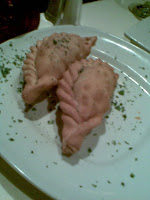 Since Puerto "La Boca" didn't disappoint either, we visited it again. We were greeted like long-time customers, and I got to practice my fourth language further. A returning favorite were the empanadas, which are (once again) very well made and taste as such. The provoletta made a comeback as well. 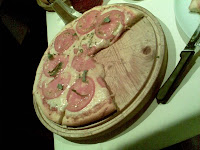 A new dish was the Pizza Napolitana, cooked in a stone oven and served on a wooden circular board. It's not a naive portion either, being about the equivalent of a medium.

Some restaurants make good food, but don't put so much effort into their pizzas. This was not the case, luckily, as the Napolitana was very much up to par with the rest of the menu. 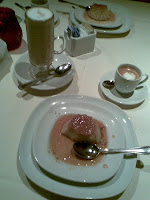 For dessert, we sampled an Argentine classic: flan. It is most akin to custard, and was homemade, like everything else. We had it with a cortado, an espresso "cut" (or cortado) with milk, and cafe latte, Argentina-style.

"La Boca" is Buenos Aires' Italian district; small wonder that 'Puerto' is located where it is. It's also convenient to know the language and culture beforehand to get the most out of your experience, since that's what it is.