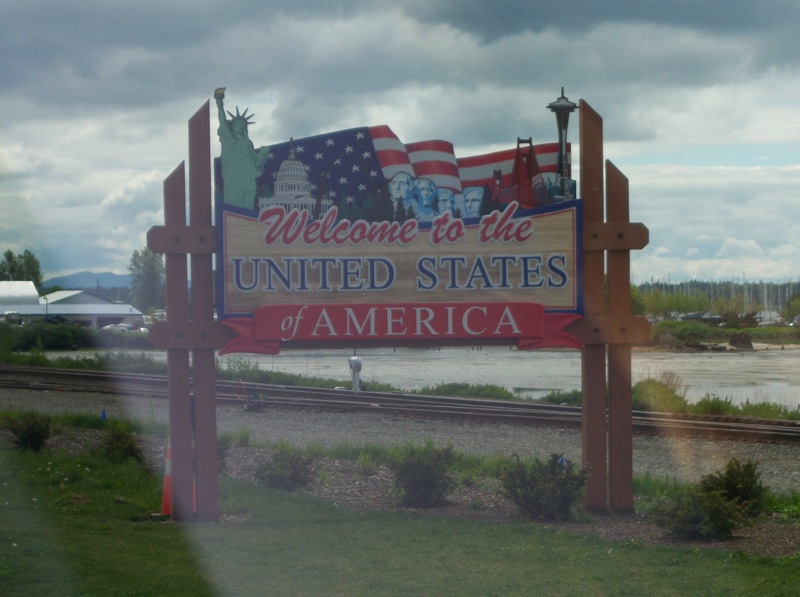 An appropriate beginning.)
One would think that an entire day spent behind the wheel would yield no stories, but the opposite is true: you see quite a bit of interesting things as you observe people performing one of the most complex tasks that they do. 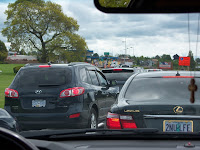 Naturally, the first thing one must do is cross the border. The wait was over an hour, though somehow that didn't seem too long...must have been the music.

At the border, they let cars go in waves, so it wasn't creeping constantly at 2 MPH (gotta get used to imperial...), but more like waiting for a short ferry ride. 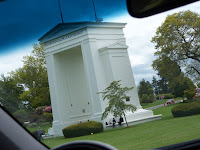 After passing the famous monuments, a border guard peculiarly asked three people with the same last name riding in the same car how they knew each other...

Right after getting used to the calm American freeways, it was time to head over to the outlet mall and take advantage of the sale. Briefly put, some very unbelievable deals were made, one more so than the others. 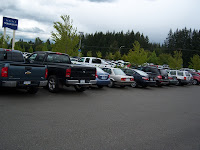 Also, approximately half of the outlet mall's parking lot was filled with cars with BC plates, which seemed to park in clusters. There was even a BC-registered Lexus that was originally bought in the US...guess it wanted to visit home.

Shortly after leaving the outlets we came across a very large traffic jam, likely typical considering it was midday on a Friday. Once things got moving, I was able to take in the 70 MPH sights. 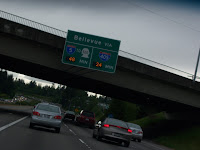 They have electronic route signs that tell you the estimated time it'll take to get from that point to the outlined destination. There is a phone number to report those that cheat the HOV lanes, there are state patrol cars actively doing their jobs, and there were the customary automotive head-scratchers. 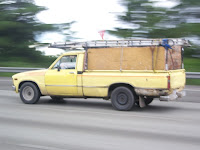 We passed an ancient RV from Quebec that hasn't managed to fall apart yet, a creatively repaired-and-or-customized yellow pickup (pictured), and a car carrier that braked too hard. It seems that bringing such mass to a halt triggered a pleasant torrential downpour to remind me of where I actually live. 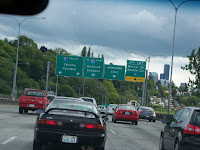 After that, the sights changed into the form of Seattle, which was not on the list of closer inspections in this trip. As you would likely expect, I did not let that stop either me or my camera from absorbing some unplanned sights. 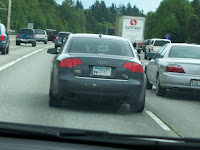 Also driving through the city was an incredibly talented individual behind the wheel of a relatively new Audi A4. This man was so talented that he managed to smoke something with one hand, talk on the cell phone in the other, all the while drifting in his own lane and then changing into another one constantly.

I think his name was "Yeti."

Later on, a black Chevy pickup decorated with stickers and some tasteful mods had a stick-on message of wisdom that particularly appealed to me: 9mm is faster than 911. Welcome to Oregon.

Almost as a consequence of reading this, another torrential downpour formed out of nowhere, this time far worse. So it does get worse.

When the weather cleared up, the effects of the wet situation became evident. State patrol Crown Victorias squeezed by in the shoulder to pick up where some firefighters left off earlier. One car had slammed into another so hard that it turned almost 180 degrees as a result!

The onset of sunny weather brought a semi truck that almost sent a New Beetle into the river below and a Mitsubishi driver from California (pictured) that doesn't check his blind spot, almost sending the guy behind him into the concrete divider.

At that point, there was over 500 km yet to cover in this leg.

Luckily, the gradual onset of night calmed traffic, and was probably a factor in completely not noticing where Washington ended and Oregon began. Though since we drove through Oregon in the dark, no pictures could be made. Therefore, I'll leave visualizing rainy Oregon to your imagination, since that is exactly what I must do as I post this from south Medford.

All that I can say is that our car was the only non-semi truck on the freeway during the most unlit of hours.

Thus ends the longest leg of the trip; tomorrow the California border will be crossed! And blind spots will be checked... 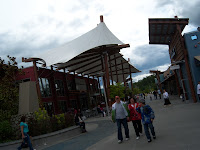 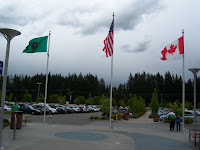 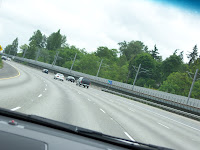