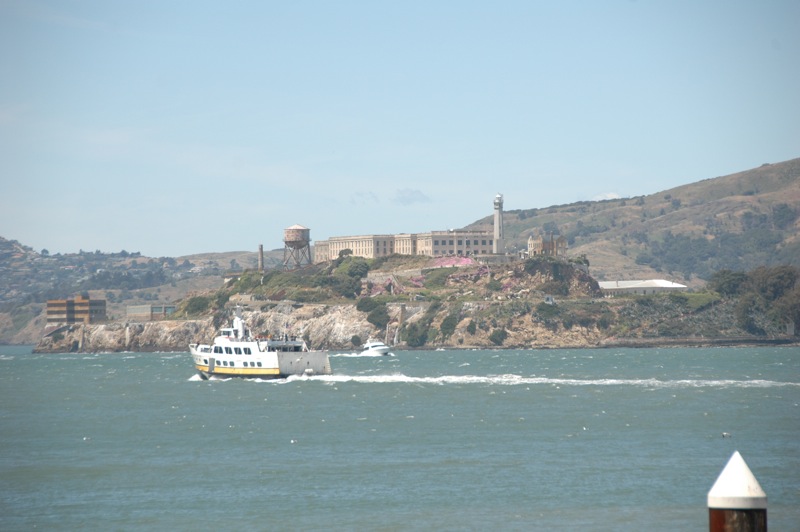 (The pelican's lair.)
When planning a vacation, many people like to find information about their future destination. They 'Google' their hearts out to know what people recommend that they visit, what parts of town are safe, and overall get an idea of what they should do.

Kinda takes the fun out of discovery, doesn't it?

However, there is something everybody should do, and it's not as contradictory as it seems. I'm an avid supporter of self-led exploration of a place, but before one takes things into their own hands in a place they've never been to, one must make sure to jump on the bus with no roof first.

This is exactly what we did. We hopped on the bus (which, thanks to the internet, was free) and took in two hours' worth of sights of this 700,000-person, 49-square-mile city.

The incredibly entertaining Filipino bus driver and tour guide showed the busload of us everything from the house from "Full House" and "Mrs. Doubtfire" to the Golden Gate Bridge and epic San Fran City Hall.

We found out that our driver has six families back home, was once married to a woman with a pitchfork, and that he took the blue pill by mistake today. A drastic change from a confused Texan contemplating suicide. We also found out that having a hooded jacket is not only necessary, but required by law.

When sitting on the bus' upper deck, some of us got taken out by tree branches and tunnels, so they didn't make it to the end of the tour...

I'm a firm believer in the idea that pictures are better than words. However, the internet service seems to disagree with me, so words will have to do: